The European Court of Human Rights has rejected the appeal of a divorced lesbian couple who were denied recognition by Icelandic authorities as parents of a child born in the USA through surrogacy (neither of them is a biological mother). But the problem persists because the two women are treated as “de facto” parents and their homosexual union as a family. So, how will the "no" to surrogate motherhood hold up in court? 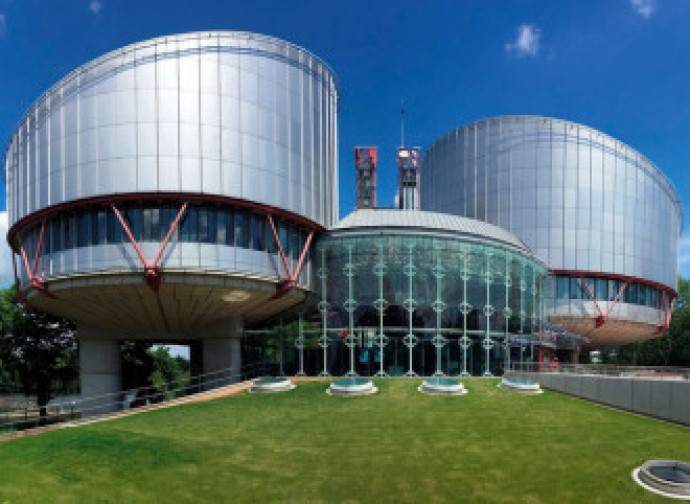 This is an analysis of the case of Ms. Valdís Glódís Fjölnidóttir, Ms. Eydís Rós Glódís Agnarsdóttir and others vs. Iceland which was brought before the European Court of Human Rights (ECHR).

Let's start with the facts. Two Icelandic lesbian women - a “married” couple - flew to the United States and formulated a surrogacy agreement with a married woman. The baby was born in February 2013 and then registered as the child of both in California. A word of caution, however, at this point: neither woman provided the egg cells, so neither is the child's biological mother.

Once back in Iceland: the lesbian couple asked to be recognised as the child's parents in their country’s birth registers. However, the registrar refused to do so, since under Icelandic law the mother is the one who gave birth to the child. The couple, not discouraged, appealed to the Ministry of the Interior which in 2014 confirmed that it was impossible to recognise them as the child's parents. In the meantime, the child considered a foreign national without parents was taken into custody by Iceland's Child Protection Board. Subsequently, the couple applied for adoption and filed another appeal, this time at a court in the capital, Reykjavik.

Meanwhile, in 2015, the lesbian couple divorced and the adoption application was dropped. It then happened that, applying a special law, the child was granted Icelandic citizenship. Also in 2015, a custody agreement was reached: the child was given to one of the two women and her new 'wife' for one year. However, the ex-'wife' can still support the newly re-married couple in terms of foster child care. At the end of one year, the child was to be given to the other ex-"wife" for another year and, since she had "remarried" in the meantime, to a new "wife" as well. In this case, the other ex-wife can participate in child custody. Finally, in 2017, Iceland's Supreme Court decided on perpetual custody in favour of the first applicant which began in 2019. Moreover, to simplify the matter, the US woman who agreed to surrogacy, the only real mother of the child according to Icelandic law, now acts as the child's legal guardian.

The appeal made in the Reykjavik court was subsequently rejected on the basis that the recognition of these two women's parenthood would have inevitably meant the legal recognition of surrogacy, which is illegal Iceland. The judge added that there had been an intrusion into the child's private life, but that this was necessary to prevent the legitimacy of surrogacy. Next, the couple brought their case before the Icelandic Supreme Court, which again confirmed the rejected appeal on the recognition of their parenthood while stating there was no violation of the couple's right to privacy and family life.  In fact, the judges said that no 'family life' can be spoken of for the three, because the child is not the offspring of the two women.

In the end, the couple appealed to the European Court of Human Rights (ECHR), complaining that the decision of the Icelandic judges would result in a violation of their right to privacy and family life as protected by Article 8 of the European Convention on Human Rights. Their ultimate aim, if they win their appeal to the ECHR, is to be recognised as parents despite the fact that they had divorced and remarried. The ECHR first stated that a "family life" had been established between the three: they were a family simply because they had lived together for years and that there existed significant emotional bonds between them. The failure of the Icelandic authorities to recognise the two women as parents is, on the one hand, an interference in their family life, but a legitimate one because it serves to enforce the country’s ban on surrogacy, which in turn was intended to protect the rights of women who might be exploited in addition to the rights of children. On the other hand, however, this interference did not interrupt the enjoyment of that family life nor did it affect their private life, because both women can currently care for the child. Moreover, both can still apply to adopt the child (obviously, in this case, only one of them can obtain adoption since they are no longer married to one other). Therefore, the ECHR rejected the appeal on 18 May because there was no violation of the former couple's right to privacy and family life.

But does this amount to a case of all's well that ends well? Not really, because in reality this latest homosexual parenting mess does not end well. In fact, the child will be raised by a lesbian couple and while another lesbian couple will still have control over the child's education. In short:  according to Icelandic law, both women cannot be called "de jure" but rather "de facto" parents. The Icelandic judges did not want to grant rightful recognition of the parental relationship to the two women, otherwise it would have been a sure way to legitimise surrogacy. But even the recognition of custody and adoption (a practice that was discontinued only because the two women were divorced) might still lead to the same result.

A second consideration: for the umpteenth time, the European Court of Human Rights tells us that the family is not only that which springs from  marriage, but from any emotional long-term bond, such as that which binds the two lesbian women and the child who is the subject of a never-ending legal case. The story of the two Icelandic women, therefore, leads us to conclude that a family can also be a homosexual family whose children comes from surrogate pregnancies. This means, a family can also arise from this practice. So, how could surrogate motherhood ever be denied legal dignity? In other words, how can you say "no" to surrogate motherhood but say "yes" to the "family" which is born from this practice.

A third consideration: the child who is the focus of this story is continually shuffled around according to different legal definitions. By natural law the child is the offspring of the woman who gave birth to him (since she provided the egg cells). Then the baby becomes "no one's child" so much so that he ends up in the custody of a government agency  and then a foster child, first for a lesbian couple helped in their child care by their ex-homosexual partner, then by another lesbian couple supported in their custody by the first lesbian couple and finally entrusted once again and definitively so to the first with the support of the second lesbian couple. Lastly, the child might also be adopted for a definite period of time. The result is like watching an Amazon parcel being tracked as it passes from one sorting station to another. The moral of the story is always the same: in these homosexual court cases, the only interests that are protected are consistently those of the homosexual adults, and not those of the children.