The departure of 12 top European football clubs  from the Champions League- including Juventus, Inter Milan and AC Milan – to create a new European “Super League” of 20 teams (15 permanent members and 5 by invitation) has just been announced. Scrapping Champions League play, the new league is supposedly the result of a long process of economic and financial speculation overshadowing sporting interests. 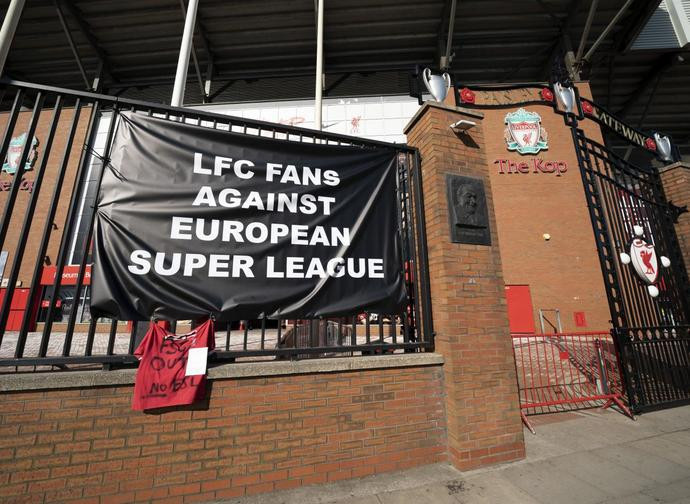 What could be more important than Covid? Football. Perhaps for the first time since the start of the pandemic, the main headline is no longer the coronavirus. Rather, a football-related news item is garnering the most press attention, after rumours have been circling for months. It is the announcement of a Super League. Twelve European clubs, including Juventus, Inter Milan and AC Milan, have stated their wish to launch a new European midweek competition that will replace all other inter-European matches for participating clubs. This is the list of Super League’s members: AC Milan, Arsenal, Atlético Madrid, Chelsea, Barcelona, Inter Milan, Juventus, Liverpool, Manchester City, Manchester United, Real Madrid and Tottenham. Three more clubs will be added to the list of permanent founding members which will have the right to participate in matches and five more teams will be added on an invitational basis each season. In short, a closed-door and, therefore, elitist tournament, and not one based on merit has just been created.

Criticism has been pouring in from all directions. FIFA speaks of a "closed European separatist league outside the international football structures" that does not respect "the fundamental principles of solidarity, inclusiveness, integrity and fair financial redistribution." FIGC president Gabriele Gravina said: "Football is about participation and sharing, not an elitist club." The head of the EU spokesmen's service, Eric Mamer, also issued a statement: "Sport and competitions should be organised in a way that allows openness to all participants, there should be solidarity [...] so that everyone can have the opportunity to play." An EU statement reads that "the [European] Commission defends a model of European sport based on the principles of autonomy, openness, solidarity and interdependence of international federations." European Parliament President, David Sassoli, lamented: "I am against football becoming the prerogative of a few rich people. Sport must be for everyone." Fans of the English clubs joining the Super League in a joint statement spoke of the decision as "disconcerting", "selfish" and "contrary to the values of sport."

But perhaps the most significant press release is the one issued by UEFA officials, co-signed by the English Football Federation and Premier League, the Spanish Football Federation (RFEF) and La Liga, the Italian Football Federation (FIGC) and Lega Serie A:  "We will remain united in our efforts to stop this cynical project, a project that is based on the self-interest of a few clubs. [...] The clubs in question will be banned from playing in any other competition at national, European or world levels, and their players may be denied the opportunity to represent their national teams. [...] Enough is enough."

Juventus has already left the European Club Association (ECA).  Andrea Agnelli quit as an UEFA executive right when an enlarged Champions League with 36 teams was being considered, a project blessed by Agnelli himself just before abandoning ship. UEFA, together with other European Federations and Leagues, have now threatened lawsuits totalling €50-60 billion.

Why did these clubs invent the  European Super League? Let's try and outline some answers. A first motivation could be linked to the extra-large Champions League approved yesterday (and starting in 2024). The more teams there are, the less chance there is of winning. So the Super League is a sort of retaliatory threat: either we keep the Champions League in the old format or we leave. The second motivation is similar to the first, but more general: in the affairs of European and world football, some clubs want to be the ones to tip the scales in their favour. The Super League is a means of blackmail designed for this very purpose. As Renato Bosetti, a leader of Inter's Curva Nord, said: 'They want to sit at the negotiating table in a position of strength."

The third motivation is perhaps the most plausible: these clubs, especially because of the pandemic, are currently facing unsustainable costs. This is why the idea of establishing a new league that cleans up all problems - in European and National play- and thus centralising fees, TV rights and corporate investment in a single tournament is a sure-fire and very attractive solution. In effect, it is an oligopoly capable of annihilating 95% of other clubs which haven’t sufficient liquidity to join the super elite club, the richest of all gold mines. In short, the European Super League is a financial rescue operation, not a sporting competition. It is economic speculation made on backs of millions of fans and on the shirts of dozens of other minor clubs, as the American investment bank JPMorgan has announced that it will finance $5 billion project.

But the entire operation seems unrealistic or at least very risky. The untouchable clubs are asking for independence, but they risk being marginalised, abandoned by everyone: UEFA, FIFA and above all by their fans. These football secessionists would set up a competition of fictitious, abstract value because the criterion of merit would be left out for the majority of football clubs. So who, in the end, would be interested in watching on TV or at stadiums a series of matches in which it has already been decided who can participate in the final stages and who cannot? How can we not think of the plethora of fans of smaller teams who have always waited for the moment when their city would face a major football club and who will now be forever disappointed? Wouldn't this disappointment also affect membership, TV subscriptions, and even merchandising?

However, today, this mechanism of continually raising the stakes on the poker table of signings and all other related expenses has made clubs victims unto themselves. They have indeed become self-cannibalising. Debt exposure has increased their margins of risk so significantly that clubs have had to bow to the "your death, my life” principle and invent a league that is a sort of purge of the weak to avoid the collapse of the big teams whose organisations are built on sand. Will the Super League ever really see the light of day? If the answer is yes, then it will spell the end of football.