The Pew Research Center has released its report on religious freedom in the world. The data refer to 2019 and is similar to that recorded in 2018. As many as 57 countries impose "high" or "very high" restrictions on religious practice. But that was before the fateful 2020 arrived with its national lockdowns, providing opportunities for religious persecution also in the West. 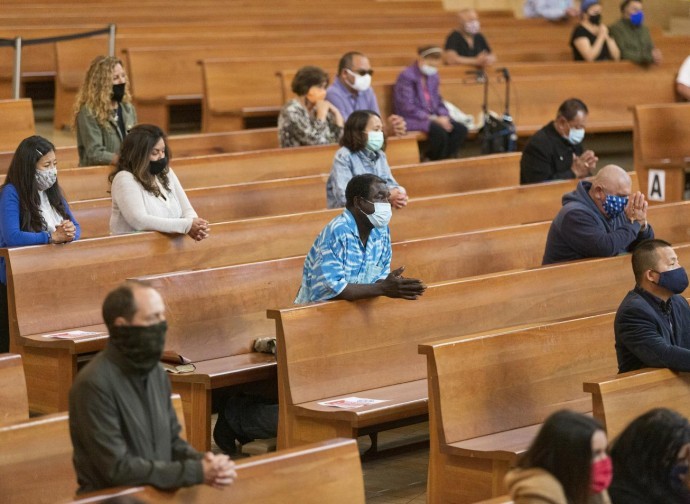 The persecutory policies of governments and the interference and limitations imposed on religious freedom in 2019 (198 governments, representing 99.5% of the world population), according to data published in the annual sociological survey of the American Pew Research Center, were similar to those recorded in 2018, which is considered generally high.

Government persecution of religious groups occurs when officials at any level of government (national, provincial or municipal) target a religious group or person because of their religious identity, religious beliefs or practices (from physical coercion to verbal threats). Government interference with worship includes the denial of permission for religious activities or the prohibition of particular religious practices by any level of government. The 'top-ten' governments that imposed restrictions on religious freedom in 2019 has not changed: Algeria, Azerbaijan, Brunei, China, Egypt, Eritrea, Indonesia, Iran, Iraq, Kazakhstan (in alphabetical order). Next year, when the data relating to 2020 with the enormous number of limitations and interferences with freedom of worship and religion imposed by Western countries, will be analysed, European countries will find themselves also classified in the list of the most notable persecutors.

The report published on 30 September, shows that 57 countries had imposed "high" or "very high" restrictions on religious practice in 2019, a figure slightly higher than the 56 countries in 2018. And the figure is on the increase. In 2014, they were only 47 countries with "high" or "very high" government restrictions. “The analysis shows that government restrictions involving religion, which in 2018 had reached the highest point since the start of the study, remained at a similar level in 2019. The global median score on the Government Restrictions Index (GRI ), a 10-point index basis on 20 indicators, held stable at 2.9. This score has increased markedly since 2007, the first year of the study, when it was 1.8,” the report reads.

On the other hand, the overall rate of social hostility towards religion has decreased: "only" 43 countries have "high" or "very high" social hostilities with regard to religion, ten fewer than the 53 countries in 2018 and much less than the 65 countries in 2012. The Central African Republic and Egypt leave the 2019 ranking of nations whose societies are very hostile towards religious freedom, but India, Iraq, Israel, Libya, Nigeria, Pakistan, Sri Lanka and Syria remain the countries where the social hostility towards churches, communities and faithful of religious groups is very high. Feminist violence, political attacks on statues and churches in the US, in many European and Latin American countries in 2020 and 2021, can only produce a significant increase in the number of countries where social hostilities are increasing against believers in the next reports. The example of Spain is emblematic of the climate that is experienced in the West.

It is positive that in the 2019 Report there is a decrease in the number of countries that have suffered acts of "terrorism linked to religion" (deaths, physical abuse, displacements, detentions, destruction of property and fundraising and recruitment by terrorist groups). 49 countries in the world have witnessed acts of this type, while there were 82 in 2014, but even this figure, which decreased following the defeat of Isis in the Middle East, will grow significantly in the coming years, given the continuous massacres during the last two years by Islamic terrorist groups in many African countries. The same 'Pew Research Center' is well aware of how much worse the current scenarios are and the data that will be analysed in the next Reports of 2020 and 2021. Therefore, it wanted to make it clear that the data collected and processed in this study arrived before the 2020 government bans and lockdowns that often imposed controversial measures in violation of religious freedom.

This year's Pew Research Center report for 2019 gives us an image that appears almost idyllic compared to what we have experienced and seen in 2020 and 2021. Nonetheless, it represents a testimony to how free Western populations were to believe and profess the faith in public in the years preceding the new pandemic emergency and its artificial divinisation. In 2020 and 2021, the Covid 19 pandemic was the greatest opportunity for the governments of the Western world to introduce unimaginable prohibitions, limits, restrictions on the celebrations of cults and on personal and community religious freedom, in particular towards Catholics and Christians.