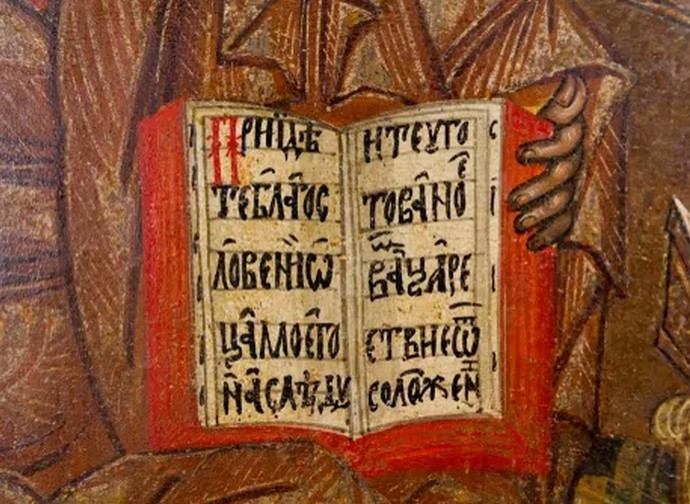 Having explained the characteristics of Revelation, today we respond to the questions that surely come to mind: where is Revelation found? Where is it kept? Where is it transmitted?

This is the classic theme of the so-called sources of Revelation. The concept itself is simple: Revelation is contained and transmitted through Sacred Scripture and the Tradition of the Church. In due course, lessons will be dedicated to each of these factors. Whereas, today the existence of these two means of transmission and the relationship one to the other will be explained.

A quote from the Dogmatic Constitution of the First Vatican Council, Dei Filius, is our immediate starting point.

This supernatural revelation, according to the faith of the universal Church, as declared by the holy synod of Trent, is contained "in the written books and in the unwritten traditions which have been received by the apostles from the mouth of Christ Himself; or, through the inspiration of the Holy Spirit have been handed down by the apostles themselves, and have thus come to us" [Council of Trent Denz 3066]

This is a fundamental text because it is the dogmatic Constitution of an important Council which makes reference to another important Council, that of Trent. It explicitly states that supernatural revelation is contained only in written books and in the unwritten tradition which is transmitted to us.

While there is no evident debate among Christians about whether the Scriptures contain and transmit Revelation, the idea that the Church's Tradition is itself a deposit of Revelation and a mode of transmission of the same Revelation shows signs of erosion. Yet, it is the Scriptures themselves that refer to something that goes beyond the Scriptures. This point is clear in two citations from the New Testament: the first is taken from the Second Letter of St. Paul to the Thessalonians, second chapter, verse 15:

Therefore, brethren, stand fast and hold the traditions which you were taught, whether by word or our epistle. (New King James Version)

This is interesting, not only because St. Paul speaks of traditions, but because he indicates a dual mode of transmission. There is his letter, which later becomes part of the canon of the inspired Scriptures, but also by our own words.

Another text is the conclusion of the Gospel of St. John, chapter 21, verse 25:

And there are also many other things that Jesus did, which if they were written one by one, I suppose that even the world itself could not contain the books that would be written. (New King James Version)

In addition to what had been written, there is a tide of other things that Jesus accomplished, said and transmitted, and which have not been written down. Therefore, if they are not contained in the writings they must be found elsewhere.

There is a text that is a milestone on this theme, it is taken from the work of St. Basil of Caesarea (329-379) dedicated to the Holy Spirit, a work that is part of the pneumatological controversies, on the person and the identity of the Holy Spirit.

In a passage of this work, St. Basil is having to justify why, in addition to the expression "in the Holy Spirit", the expression "with the Holy Spirit" is also used. Think of the closing of Gloria in excelsis. This expression was contested because it was not present in the Scriptures. While this specific controversy is not the subject here, still St. Basil dedicates paragraphs of this work to the unwritten doctrines transmitted by the Church, and therefore the reference is to Tradition.

This is a piece from De Spiritu Sancto chapter 27, paragraph 65-67. Paragraph 65 explains the controversy and then reads:

Of the beliefs and practices whether generally accepted or publicly enjoined which are preserved in the Church some we possess derived from written teaching; others we have received delivered to us in a mystery by the tradition of the apostles; and both of these in relation to true religion have the same force. And these no one will gainsay — no one, at all events, who is even moderately versed in the institutions of the Church. For were we to attempt to reject such customs as have no written authority, on the ground that the importance they possess is small, we should unintentionally injure the Gospel in its very vitals; or, rather, should make our public definition a mere phrase and nothing more.

For instance, to take the first and most general example, who is thence who has taught us in writing to sign with the sign of the cross those who have trusted in the name of our Lord Jesus Christ? What writing has taught us to turn to the East at the prayer? Which of the saints has left us in writing the words of the invocation at the consecration of the bread of the Eucharist and the cup of blessing?

Moreover we bless the water of baptism and the oil of the chrism, and besides this the catechumen who is being baptized. On what written authority do we do this? Is not our authority silent and mystical tradition? Nay, by what written word is the anointing of oil itself taught? And whence comes the custom of baptizing thrice? And as to the other customs of baptism from what Scripture do we derive the renunciation of Satan and his angels? Does not this come from that unpublished and secret teaching which our fathers guarded in a silence out of the reach of curious meddling and inquisitive investigation? Well had they learned the lesson that the awful dignity of the mysteries is best preserved by silence. What the uninitiated are not even allowed to look at was hardly likely to be publicly paraded about in written documents.

Of this dense and very important text by St. Basil the Great this passage is to be underlined: "Of the beliefs and practices whether generally accepted or publicly enjoined which are preserved in the Church". Why is this sentence particularly important? It is because it states that the Scriptures and Tradition are received equally from the Church. Christ founded the Church but He did not write a book. Revelation is entrusted to the Church to safeguard, scrutinize and transmit faithfully. And as it is to the Church that the Scriptures and Tradition are entrusted, likewise it is in the Church that they are to be evaluated and made comprehensible.

This is very important, and is emphasised in paragraphs 80-82 of the Catechism of the Catholic Church. The Catechism quotes the Dogmatic Constitution of the Second Vatican Council, Dei verbum, which essentially takes up the Dei Filius, and says:

Sacred Tradition and Sacred Scripture, then, are bound closely together, and communicate one with the other. For both of them, flowing out from the same divine well-spring, come together in some fashion to form one thing, and move towards the same goal." Each of them makes present and fruitful in the Church the mystery of Christ…
Sacred Scripture is the speech of God as it is put down in writing under the breath of the Holy Spirit.  And [Holy] Tradition transmits in its entirety the Word of God which has been entrusted to the apostles by Christ the Lord and the Holy Spirit.
As a result the Church, to whom the transmission and interpretation of Revelation is entrusted, "does not derive her certainty about all revealed truths from the holy Scriptures alone. Both Scripture and Tradition must be accepted and honoured with equal sentiments of devotion and reverence.

It is evident, this text almost literally recalls the piece by Saint Basil the Great that was cited above. And the final summing up is given by Revelation itself with its two means and the Church the keeper of Revelation, the keeper and the interpreter, and the one who transmits it.

Scripture and Tradition: it is interesting to underline that it is not a question of two separate sources divided by different contents. Indeed, in the drafting of the text of the Council of Trent, the formulation that Revelation is transmitted in part by the Scriptures and in the part by Tradition, was rejected, precisely because there is no content subdivision.

Scripture and Tradition are strongly bound together. But, it should be noted, that there is an anteriority, certainly chronological, in respect to Tradition and Scripture. This is because the apostolic Tradition developed with the preaching of the apostles and with the concrete norms of the life of Christian communities - even sacramental and liturgical norms - before they were put into writing. The Church wasn’t born with the Scripture of the sacred texts, the Church already existed.

From this perspective, there is a point of interest worth considering: often that which is implicit in the Scriptures, with time is presented gradually in Tradition explicitly. Sometimes there are explicit contents in the Scriptures, not only because they are verbalised but also through the explicit or implicit references that the texts refer to, for example in the Gospel or in the New Testament writings, references are made to the Old Testament and vice versa But in addition to this there are also minor connections made, which in themselves do not appear to be rich with all the content that the Tradition is then able to explain. Let us consider, for example, of the mystery of Mary Most Holy, of her perpetual virginity, of the Immaculate Conception, etc.: in the Scriptures we find in an implicit and "limited" way what instead develops in an explicit, organic and broad way in Tradition.