Sociology admits the family is not an “error”

Well, if the widely-read New York Times columnist David Brooks believes the family is an institution created in the 1900s and destined to fail, then surely it must be in crisis. Yet, sociology affirms (even more so than the Catholic Church) that the family is a valuable social institution founded upon marriage protects society from various forms of violence, educational and social failures, and poverty. 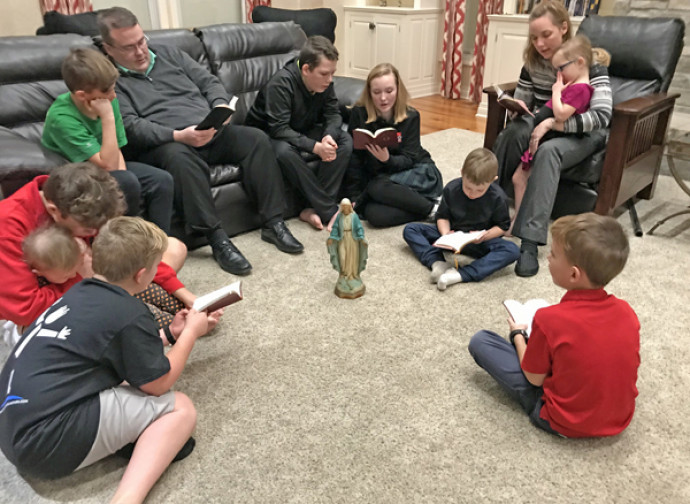 The end of the family is nigh, is already in the process of dying and maybe that isn’t such a bad thing. At least that’s David Brooks’ argument, a popular New York Times columnist, according to a challenging article he recently published in The Atlantic, "The Nuclear Family Was a Mistake.”

In brief, Brooks, whose thought cannot be dismissed as progressivist given his reputation as a conservative, makes the following argument. To begin with, he says, the nuclear family (what sociologists define as a “reproductive community consisting of parents and children”) is a social phenomenon undergoing a serious crisis. In effect, Brooks writes, the family has had its beginning, and, as such, it will soon experience its end. The nuclear family, Brooks concludes, will soon be replaced by what is called a "forged family." A forged family is made of networks of relationships, including new compositions of extended family units, which are often made of single parents who share the same household with their children and the children’s grandparents.

Now the fact that a New York Times columnist – not someone easily ignored - formulates such reasoning, then we must lend him our serious attention.  And while we're at it, we might just as well concede his only convincing point: namely, the nuclear family is in crisis, plagued by divorce and snubbed by a fall in marriages, is public knowledge. Aside from this, however, Brooks' thesis is fraught with errors. His reasoning, in fact, contains numerous weaknesses. Nonetheless, I will focus my attention on his three most critical errors.

A second mistake in Brooks’ thesis is found in his imagining of the fatal unravelling of the nuclear family, founded upon marriage could be linked to the rediscovery of the extended family. In fact, it is in no way clear just how true this is even in the United States. It is certainly not true as applied to Western society in general. Just think about the spread of the so-called "one-person family", whose growth we are witnessing everywhere. This sociological term is an oxymoron used to describe persons who live alone which is completely indicative of the crisis of the family itself. Therefore, it is not so much a question of whether  or not the institution of the family is being transformed, but rather a question of its very absence in human society. The latter and not the former problem is the more critical data point to examine.

Finally, the third, and perhaps most serious error in Brooks' augment regards his failure to grasp a fundamental aspect of the nuclear family: namely, that it continues to be an indispensable social institution and has no equivalent whatsoever in human history. The answer is clear, according to University of Virginia sociologist W. Bradford Wilcox’s response to the New York Times columnist: the family is, in fact, not disappearing. Wilcox writes that, at least in the United States, divorce rates are much lower today compared to the 1980s and that the percentage of children born within marriages is on the rise since 2014. For Wilcox, these statistics represent a reversal of what was a 10-year trend in the opposite direction.

Furthermore, Wilcox reminds us that nowadays most multigenerational “nuclei” (grandparents, parents and children) have only one parental figure of reference. This is not a good thing for children. According to studies by Sara McLanahan of Princeton University and Gary Sandefur of the University of Wisconsin concerning early school dropouts, children of households with both a grandmother and a mother compared to those with having only mothers (and no grandmothers) suffer the same disheartening school leaving rates. Conversely, the nuclear family continues to prove to be a guarantor both for both children and society in general as a true pillar of support.

The nuclear family, mind you, is a pillar and not just economically speaking (marital stability proves to be an antidote to impoverishment). It is also an anchor in terms of personal safety and security in civil society.  The latter point was made known by the eminent Harvard sociologist, Robert J. Sampson, whose research showed that in neighbourhoods where many households had both parents, residents lived in relatively safer conditions. As Sampson writes, "The family structure is one of the strongest predictors, if not the absolute strongest, regarding variations of urban violence in American cities.”

In conclusion, we might be surprised by what some contemporary sociological thinkers conclude in their analysis of the family, despite claims to being more authoritative than the Catholic Church. They fail to face the fact that the family is founded upon marriage. They are wrong in assessing the family merely as a religious good or that it is a good only for individuals, that is to say, good for merely spouses or good merely for children.  The family, undeniably, is part of our common human heritage. As such, it has exceptional value. It cannot and must not be replaced by alternatives, despite what is being penned by popular New York Times columnists.