Socialism’s erroneous solution to the pandemic

Before the unexpected COVID-19 phenomenon, the global economy was already very fragile due to the hyper-activity of central banks, skyrocketing public debt and because of boom (illusory) and bust (real) economic cycles. In the wake of the pandemic, these worrisome trends have led nations to enact a sort of “wartime socialism” to resolve the economic crisis. Yet is it the only solution? 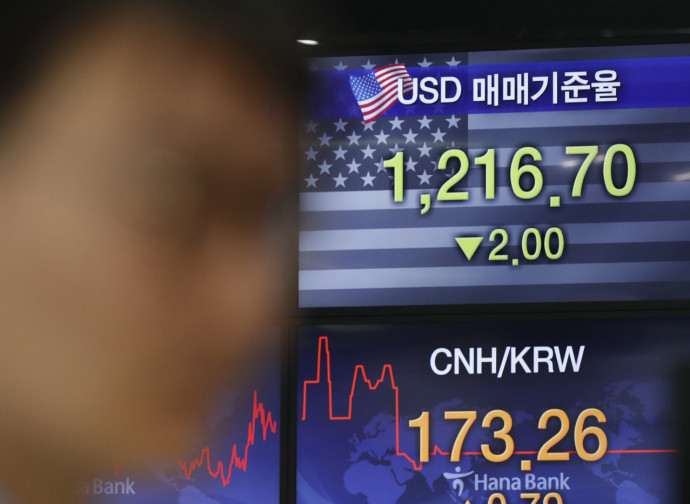 What was the state of global economic and financial systems before the COVID-19 "black swan"? In terms of financing economies, during the 2007-2009 financial crisis the world’s principal central banks doubled their budgets, raising global liquidity from $40 to $80 trillion in just two years. They created rivers of fiat money ex-nihilo. This lead to what is called asset inflation, that is, the simultaneous rise in stock and bond circulation around the world.

Concerning world debt, at the end of 2019 public and private debt levels rose to nearly $250 trillion and with unsustainable dynamics in current economic systems and trends.

The word then experienced economic boom and bust cycles. This happens when economic growth is inflated by excess liquidity and borrowing and when saving is discouraged while consumption and moral hazard are encouraged. These economic cycles were driven artificially by debt-financed consumption (as in the $16 trillion bonds with zero or negative returns purchased globally each year) and by malinvestments, that is, investments that are bad both in the real economy and in financial markets but which appear convenient during periods of "financial repression" caused by certain central banks’ ultra-expansionary monetary policies. Artificial boom cycles are inevitably followed by bust cycles: as the house of cards falls, economies are subjected to violent repricing of all financial assets that rose to extraordinary high levels during the bubble. The effect on the real economy is a chain reaction default on loans and rising unemployment.

The ongoing COVID-19 is the needle that burst the already existing economic bubble. It threatens to unravel financial systems, just like we experienced during the 2007-2009 financial crisis. But this is not its only effect on the economy. In addition, it is leads to a collapse of both production and distribution systems, both of which are highly interconnected in globalized markets. As entire sectors go haywire, while undergoing crises in liquidity, unemployment rises along with a collapse of government tax revenues and consumer demand. The protracted duration of economic lockdowns around the world will exponentially increase these problems, which are real and not just financial.

What are the measures taken so far? Central Banks have universally responded by stepping up policies even further that had previously determined asset inflation and artificial growth in past years in an attempt to stabilize financial systems and to avoid the chain reaction defaults of economic systems. Huge masses of liquidity have been created from nothing in order to buy out public and private debt in capital markets (in EU markets, the European Central Bank also buys so-called junk bonds). We are increasingly moving towards a "monetization" of Japanese-style debt, with the transfer of wealth from creditors/savers to debtors due to near-zero yields, and probably for years to come.

Debts are thus stabilised, but at the cost of rising inflation which, while it is too early to say, might deflate in real terms. In short, to avoid a de jure default attempts must be spread out over time for a sort of de facto default via transfers of massive yet more hidden wealth. Italian public debt, for example, would be a good candidate for a de jure default. It is only because of the safety net of the European Central Bank that Italy is managing to stay above water economically. However, there are side effects to this: incentives for moral hazard and malinvestments continue while the consolidation of socio-economic structures are disconnected from available savings and the dynamics of the real economy. What’s more, both private individuals and governments are incentivised to spend, as if there were no tomorrow.

The fact that governments have experienced a sharp rise in public deficits and debt is unavoidable, due to the collapse of tax revenues and the lockdown as well as interventionist measures that will entail a surge in public spending to absorb the collapse of many private sectors. Private debt, therefore, becomes public debt, as had already occurred in America during the 2007-2009 financial crisis and as Mario Draghi dealt with in the European Union at that time. In this way, losses are "mutualised" on all taxpayers, increasing the tax burden, at least implicitly because of increased state interventions.  In this way, we are moving toward a centralisation of resource management and power, but to the detriment of subsidiarity-based society. Societies, then, risk hardship and impoverishment in terms of economics, their financial systems and in overall the accountability of state-sponsored interventionism.

Is this the effective solution? Perhaps in the immediate future it is, should the firepower of central banks and governments allow for a stabilization of the financial system and, thus, more time to avoid a domino-effect failure of economies and coupled with double-digit unemployment. But since everything comes at a cost, such “wartime-socialism" state interventions currently underway will only further render more problematic the previously highlighted imbalances evident before and during this COVID-19 pandemic.

What would be the right solution? Since we don’t know all the questions, the improvement of society, at all levels, should be the priority. Only a decentralized "subsidiary" system has the know-how, capability and timing to intervene and resolve the multiple problems that the various external shocks can produce in different ways and in different places. Promoting subsidiarity is the opposite of pushing for a centralised management approach in place all over the world.

Putting subsidiarity into effect means reducing (or at least should reduce) the following: public intervention in economic and social life, public expenditure and taxation, legislative and regulatory overreach, and the bureaucratization of inefficient and ineffective administration. History, however, teaches us that "emergencies" are fertile ground for government intrusion which, in turn, leads to societies becoming weak and shirking personal responsibility to the detriment of human freedom, safety and the general well-being of citizens. Should Italy follow this example? Italy is already seeing its private schools ever the more marginalized and at the brink of insolvency, while its healthcare is ever the more centralised, crony capitalism is on the rise, and there is greater dependency on the largesse of public coffers and Alitalia-style "bailouts" which are nothing more than a huge waste of the country's wealth which deserves better and more profitable allocation.

More taxes, more debt, more rules, less freedom and less security. Indeed this is the scenario, since without human and economic freedom wealth cannot be created while impoverished countries lose their ability to adequately face future challenges beyond the current health emergency. There are many assets at risk, even if it may be necessary "minimize contagion."