Socialism of the privileged

How did it happen that the left has become, in the last twenty years, the 'party' of the privileged, the elite, the establishment? It is an undeniable and international phenomenon. And it is much more aggressive than its predecessors in repressing dissent. It now also includes the right-wing, in an "Inclusive" Social Democracy, or ISD. 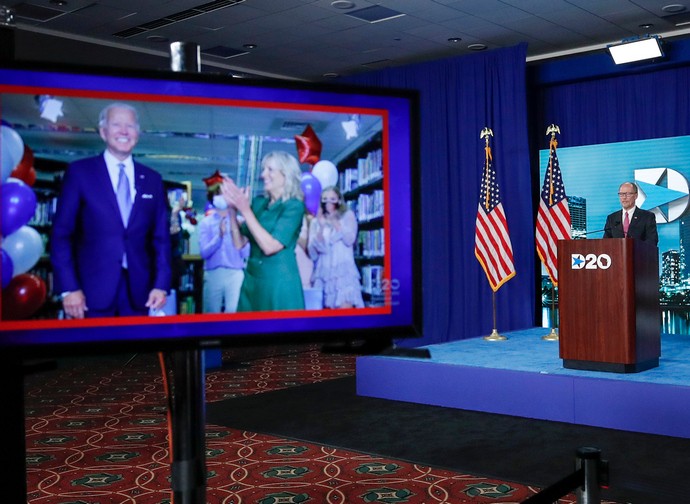 How did it happen that the left has become, in the last twenty years, the 'party' of the privileged, the elite, the establishment?

This is an interesting phenomenon from a historical, philosophical and political-science perspective. Since the birth of the left-wing camp with the French Revolution, it has been in government several times, but this had not turned it into the party of the privileged - something more than a question of wealth and income. Except in the communist countries, where the left was (and communist regimes still are) the party of the establishment, of the elite, of the regime.

The fact that this process is international, not just European, can be seen in the case of the United States. Only in the last few decades has the left identified with the Democratic Party, and vice versa. In the days of Carter, and even Clinton, there were large sections of conservative Democrats, well represented by congressmen and senators. And liberals were also a part, not necessarily a majority, of the party, so much so that, during his first presidential campaign, Clinton had to swear repeatedly that he was not a liberal, unlike his wife. Today those few Democratic senators in Parliament who contest Biden's de facto socialist policy are ostracised, insulted and threatened with expulsion.

However, this swing to the left, essentially imprinted by Obamaism but now actualised (we will see until when) by Biden, has not coincided, according to statistics, with the return of the working-class vote to the Democratic Party, a haemorrhage that began at the time of the catastrophic candidacy of George Mc Govern in 1972 (the real mentor of the current Dems), intensified in the Reagan years with the so-called blue-collar Reaganism, and then completed with Trump, paradoxically more in the ill-fated 2020 campaign than four years earlier. On the contrary, we can say that the more the Democratic Party consolidates its being the party of the privileged, the dominant, the elite, the establishment, the more it accentuates its leftist-socialist policies on the economic level, on the level of cultural warfare (woke, politically correct, critical race theory, genderism etc.) and on the level of values.

The recent drubbing in Virginia, a state that is certainly not profoundly Republican, shows that the mix of welfarism with subsidies plus cultural woke warfare, so beloved of Silicon Valley, a little less so of Californians themselves, is not only horrifying to the blue collars but also to the middle class, the ones who might have always voted Democratic. The German socialist August Bebel, at the end of the 19th century, called anti-Semitism, widespread among the German working class, “the socialism of imbeciles”. Today's progressive politics could be called “the socialism of the privileged”.

We do not want to bore the reader with the nature and origins of these changes, but only to conclude with two reflections from two of the most prestigious New York newspapers, one conservative, the Wall Street Journal, the other progressive, the New York Times. Both curiously agree in writing that progressivism has now become the ideology of the ruling classes - which are ruling much more brutally than in the past, despite the "inclusive" and politically correct language.

In the Wall Street Journal (which has also moved to the left, forget Gordon Gekko or the eponymous Wolf) former editor and now columnist Gerard Baker (For Privileged Progressives, 'We' means 'you', 1 November) writes that the modern left, now immersed in a “secular religion”, repeats to all the others who are not or are no longer leftists, that they are “more competent and virtuous than you, the lower class”. Baker captures well the fact that, for the last fifty years, the left “now has total control of the establishment”. They are the “masters” now, and of course like all masters in history, from tribal chiefs to Roman patricians, from absolute monarchs to totalitarian tyrants, “their superiority is seen in the fact that the duties they impose do not apply to themselves. They apply only to you, the unenlightened". The environmentalism of the recent G20 in Rome and COP26 in Glasgow is a good example of what Baker writes.

In the New York Times a few days later, David Brooks (Democrats need to confront their privilege, 4 November) writes that, once the party of the underdog, the Democrats has now become the party of the elite and the privileged, who want to impose their own vision of the world, politically correct, woke, "anti-racist" and, we would add, atheist and secularist, through legislative forcing as well as permeating universities, newspapers and television. The reaction of the vote in Virginia, however, according to Brooks indicates that America is resisting and will turn back to Trump if the Democrats are unable to propose a "Progressivism for the Nation".

We have many doubts that progressives can succeed in this task: if only because even the American ones have lost the idea and substance of national belonging. And if the Americans, who still maintain their sovereignty firmly in place, have lost it, imagine the Europeans, who have ceded a large part of their sovereignty to a class of privileged people, to an elite, to a techno-bureaucratic establishment, which has its point of connection in the EU, understood as a federal superstate under (unspoken) German domination - although it certainly does not end with Brussels.

This ideology cuts across political families, unifying the so-called right and the so-called left. Listening to the language of the 'great' and 'powerful', as the press (only the Italian press, however) calls presidents and prime ministers, in Rome and Glasgow, we have in fact heard Scholz and Sanchez, considered the 'left', Merkel and Johnson considered the 'right', Macron and Draghi considered the 'centre', speak in the same way. A new TINA  (There is no alternative), as Margaret Thatcher liked to say, which has replaced the single language of the Felix globalisation days of the 1990s and early 2000s with a new single thought, pandemically and politically correct.

To use another acronym, we will call it ISD, Inclusive Social-Democracy. All in favour of "inclusiveness", a key word in the neo-Orwellian language that means the rights of minorities to overrule majorities; all in favour of raising taxes and then "redistributing" them (hence the socialist character); all in favour of Thought Police laws: because inclusiveness is a sacred value, but only if you think like them. It doesn't apply to you: in fact, the new ISD language is far more violent, censorious, and prevaricating than Maggie's TINA or the single-mindedness of Felix globalisation. In those days at least dissent was allowed, today not even that, if you allow yourself to step outside the boundary of “inclusiveness”.