"Science says so": a materialistic and anti-scientific cult

"Science says so": this is just one of several phrases that have become common usage in recent years. From a scientific point of view, there is no such thing as 'science', rather there are scientists. Scientists, precisely because they adopt a scientific method, are always ready to question themselves. Scientists are humble by nature, and an assertion is only scientific if some time in the future it can be proven false. Since the time of Bacon, however, there has been an idea of science replacing religion as the explanation for everything. And it is this view that prevails, both among communists orphaned of communism, and among Christians who consider themselves 'liberal'. 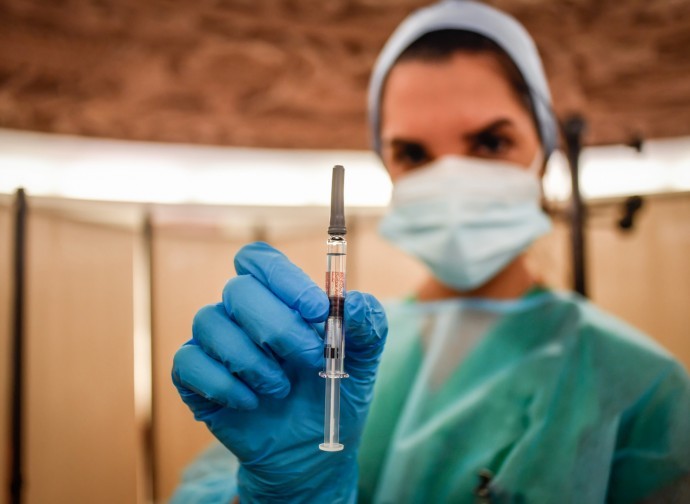 "Science says so": this is one of the phrases increasingly bandied around in recent years, and decisions on every aspect of social life are increasingly taken in the name of science. This makes it necessary to clarify what it really means or whether it really makes sense.

First of all, it must be said that there is no such thing as 'science'; instead, there are people identified as 'scientists' who make statements that are scientific precisely because they can be refuted. The philosopher Karl Popper taught that an assertion cannot be considered scientific if it does not provide a possibility of being disproved. Preventing the expression of critical voices, possibly with the justification of the inadequacy of the interlocutor, is therefore a contradiction if one wants to move within the boundaries of scientific method. The true scientist also responds to everyone, he must be able to explain himself even to non-competent people of average culture. A phrase attributed to Einstein states "You haven’t really understood something if you can’t explain it to your grandmother".

The true scientist is never arrogant, which is in stark contrast with the often derisive attitude of some exponents of science who are called upon to publicly discuss issues of social impact. The Nobel Prize winner for physics, Richard Feynman, said that "Science is believing in the ignorance of experts".

"Science says so" as a dogmatic statement is not only in itself anti-scientific, but is a phrase made possible only by a slow, but continuous, work of lowering the educational level, which has led to the transmission of notions that are less and less understood, until they reach a dogmatic value. A phenomenon described by the author Aldous Huxley in his Brave New World when, regarding the scientific training given, he has one of his characters say: "You’ve had no scientific training, so you can’t judge". Scientific culture is a culture of doubt and is the opposite of faith in science.

Belief in experimental science goes against its founder Galileo Galilei, thanks to whom the principle of authority, the ipse dixit, was overcome; from that moment on, no one could argue with “it is true because I, the authority, say so”. But in the same years science became an instrument of power in the work of Francis Bacon who, in his utopia The New Atlantis, pointed to scientists as the new priests and guides of society. Science, in Bacon, became a surrogate faith that could replace politics and ideology. This happened, for example, with the end of communism when a scientistic mythopoetic system took the place of Marxist ideology. The necessarily joint trait for this substitution is the claim to offer salvation: we pass from the class salvation of communism to the physical salvation of experimental science, both unified in materialism.

Science becomes faith when it claims, and above all when it is recognised as having, the right to become an explanation of the whole picture of reality, forgetting that the epistemological limit of experimental science is placed in the impossibility of making meaningful statements. Accepting science as an explanation for everything is to make a fundamental choice that denies meaning. Jacques Monod, in his book Chance and Necessity, posited the postulate of objectivity as the basis of science, i.e., "the systematic refusal to consider the possibility of achieving true knowledge through any interpretation of phenomena in terms of final causes", relying on science to explain the world, therefore it presupposes the abandonment of a search for meaning.

Science as the sole or sovereign instrument for taking decisions on the political and social life of a population is therefore in itself the choice of a lack of meaning and ultimately the denial of a humanity that values ethics, the transcendent, and what is properly human, it is a delegation to build a society on biophysical principles. The scientistic society, as a surrogate for religion, needs its own tables of law to venerate and respect, priests and gurus in white robes to identify transgressors and heretics, to maintain the rituals of religious society, and to develop its own language made up of terms, symbols and gestures that have a value of identification and recognition.

Scientism attracted the orphans of Marxism, and for this reason it is being adopted even today by those who come from that tradition. "Vote for science" was significantly the slogan of a left-wing party in a recent election campaign in Italy. The risk of scientism asserting itself as a reductive substitute for a theory of the world becomes real when a previous vision enters into crisis or simply weakens, a phrase referring to the end of communism stated: “Stalin has left us in the lurch... we have nothing left but the prospect of modernising the country”.

The risk of a similar shift may also be hidden in a religious vision that turns too much to social issues, distracting itself from the transcendent, that becomes political discourse, a 'liberal' religiosity that deals mainly with the body, no longer recognising the deep needs of the spirit, that looks to progress thinking that tradition is something from the past to be overcome and perhaps forgotten.

After Stalin left communism in the lurch, the choice of turning towards scientism could also appear to be the prospect of a disappointed religiosity reduced to a social doctrine, so the path followed by the orphans of communism could be shared by a tired Christianity that has fallen back on social issues and is too trusting in a biological salvation that comes from science.