A tragic and sudden death at only three and a half years old, breaks the hearts of an entire family already excruciatingly traversed by pain. Yet the story of Sara Mariucci, a little girl from Gubbio, and of Mummy Morena, Our Lady of Copacabana venerated in Bolivia, over time reveals itself to be an immense story of God's love. So much so that streams of faithful flock to Sara's tomb today to pray to her like a saint. 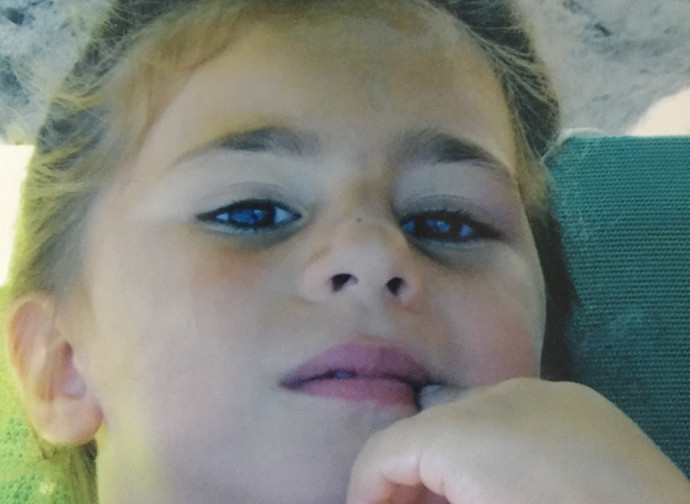 In Gubbio, a small town in central Italy, famous for the episode of St. Francis and the wolf, Providence generously blessed the short life of a little girl called Sara Mariucci. The graces that God the Father has already granted through the hands of this little girl are so bountiful, that the then Bishop of Gubbio, Msgr. Mario Ceccobelli, in 2016, was "forced" to transfer the remains of the little girl from the family tomb in the cemetery to a specially built chapel.

In fact, there were too many pilgrims to accommodate who, coming from far and wide, stopped in prayer to ask for the intercession of the one they already consider a great saint, although she was just over 3 and half years old when she died. Sara's story is now told in a book recently released in Italian, ""La grande storia della piccola Sara Mariucci e di Mamma Morena"", written by Enrico Solinas.

The story begins on the evening of August 4, 2006, as her mother Anna Armentano explains: "After a day spent at the sea (in Calabria, ed), at 9:00 pm, Sara and I embraced in bed, I was cuddling her  (... ) After a few minutes of silence - continues the mother - I hear her little voice saying: "When I was little, very little, I was in a far, far away, wonderful place". "And where were you?", I asked her. "On a cloud". “And who were you with? “With Mummy Morena”. “Mummy Morena? And who is this mother? ”, I asked her amazed. "She is my other mother". "Your other mother? But Sara, I am your only mother ", I told her even more amazed. "And what is this other mother like?". "She is very good", she replied with a smile that lit up her face and with the air of someone who knows what she is talking about. "Better than your mum Anna?". "Yes". "Sara, are you really sure?". "Yes". "Well describe her to me, what colour is her hair?". "Blue". "And her eyes?" "Brown like mine". "And would you leave Mummy Anna to go to Mummy Morena?". “Yes,” she replied with a bright smile radiating from her face.

The next morning, August 5, Sara’s face is marked by a strange melancholic expression, almost seeming absent. At around 1.30 pm the family go to the "Stella Maris" beach for lunch, and it was at that moment that the girl, together with her brother and cousin, moves just a few meters away, to ride on some coin operated electric toys on the seafront.
“This is the moment my life would change forever”, explains Anna. Sara, in fact, stepping on to the platform of one of those games, is electrocuted by a short circuit and dies instantly.

Yet what, at first glance, seems like a huge and incomprehensible tragedy hides a truth that slowly reveals the traits of a plan of God's love, infinitely more powerful than evil and even death. With time, it would come to light that Mummy Morena is not a child's fantasy, but she is Our Lady herself. And thanks to an intuition of Sara's father, Michele, the family members discover that a Mary exists named Morena, loved and venerated in Bolivia, who corresponds exactly to the description given by their daughter. The blue hair Sara speaks of, for example, symbolises the mantle of the Holy Virgin.

What’s more, the feast of this Lady Morena is celebrated on  August 5, the exact day Sara returned to heaven. Now, it is becoming increasingly more evident that Our Lady has called Sara to participate in a particularly special way in her plan of salvation for the whole world.

By looking back at Sara's story, the family members have found a very rich series of celestial signs which confirm that intuition. One, for example, is the fact that Sara's little brother and cousin were left unharmed even though they were also playing on the same game. The technical expert who studied the case declared this fact scientifically inexplicable since the electric discharge that hit Sara was "capable of killing an elephant".

Immediately after her death, a first miraculous event occurs that affected Sara's family, starting with her Mother and Father. It needs to be stated that her family, at that time, were distant from their faith.  Anna, had turned away from God when she had discovered that her brother-in-law was ill with Parkinson's and destined to die very soon. It was an unbearable pain for poor Anna who as a child, at just 5 years old, had seen her father shoot her mother with a gun and who, in that brother-in-law, found the strength and courage to still believe in the love of a paternal figure.

Then, when her three-year-old daughter also dies so suddenly, Anna falls into deep despair and due to the extent of her sorrow feels unable to see the lifeless body of her little girl. Anna and Michele however are persuaded by a friend to pay their respects to their daughter. And it is right there, while they are standing in front of Sara's body, that the miracle occurs.

This is how Anna describes the moment: «I was living with an incredible laceration, a pain as huge as an abyss, I was desperate, anguished. Then I see her. (…) I see the serenity, the peace, the joy that has transfigured her face: she was beautiful, she seemed much older. Inside me everything changes: I felt a peace, a serenity never felt before in my life. My mind opens up, my heart opens up. The spirit of the Lord came upon me and my husband Michael. I understood many things in that moment: Sara is not dead, she is risen with Christ. Mary took her in her arms, bringing her to live in Heaven. (…) God entered my heart telling me: “Sarah is with me”. God took me in His arms, raised me and prevented me from feeling that anguish and despair ».

But there was yet more to come, after this first miracle, God converted and healed the heart of the entire family: in fact, the book contains the testimonies of parents, brothers, grandparents, uncles, cousins ​​...

But Sara has not stopped at her own family, has continued tirelessly to win the hearts of entire families. "It is absolutely no coincidence - says the current Bishop of Gubbio, Msgr. Luciano Paolucci Bedini - that the stories that Sara allows to be told are all stories of families, of spouses and wives, of mothers and fathers, of sons and daughters and of all those events that endanger family life". And it is precisely to these wounded families that God through this little girl from Gubbio is granting the most copious graces of conversion and healing.

The most striking thing about Sara's life is how it seems to perfectly embody the prophecies announced by Our Lady in the most notable modern apparitions, almost as if this little girl were a prophetess who enlightens us about the times to come.

First of all, the request to consecrate oneself and the whole world to God through the Immaculate Heart of Mary, thus offering one's life for the love of the whole world. With that question: "Would you leave Mummy Anna to go to Mummy Morena?" and with that "Yes", rendered with joy and conviction, is there not perhaps a Consecration to God the Father through the Immaculate Heart of Mary? And in the child's willingly accepted ascent to Heaven, does one not see a very humble and very pure offering of one's life for Love?

Moreover, isn't the announcement of harsh trials and Satan’s determined fight against the family, repeatedly prophesied by Our Lady, also found in all the bitter trials that Sara's family had to face? And also in all the numerous wounded families who today ask for Sara’s intercession from Heaven?

But above all the promise of the Triumph of the Immaculate Heart, that is, of the victory of the Love of God and of His salvation in all the hearts that desire it, not perhaps the image that Sara gives us today of her own family and her desire for all those who turn to her?