Saint Paul teaches that an Empire should repair its injustices

The coronavirus crisis has brought about a focus on freedom and its relationship with the law, a theme that seems inopportune to bring up right now, even for many Catholics. And yet in the Acts of the Apostles we find a very clear example that speaks to our situation when Saint Paul calls for the public reparation of an injustice. This is why Christians ought to act in defence of their own freedom and rights for the good of the entire society. 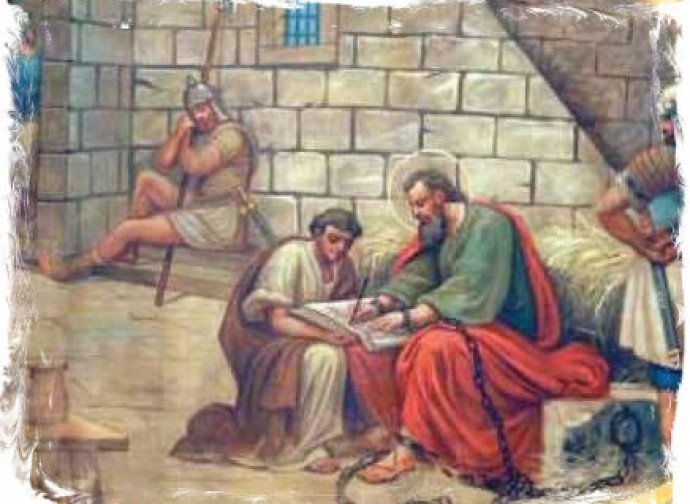 In the objectively very grave situation that we find ourselves in today, it seems to many people that bringing up questions about freedom, responsibility and the law is superfluous and even inopportune.

The Church, however, holds (or ought to hold) great concern for questions of responsible freedom and the law, at least as much concern as it has for security, personal health, and the prosperity of the country. She is concerned not only when her rights and freedom are at stake, but always and for everyone, because no worldview is concerned with respecting and valuing human freedom more than Christianity.

The Christians of the early centuries, although they lived in a very difficult legal condition as members of an outlawed religion, never assumed an anti-juridical point of view, but rather were committed to making a “right use” of the Roman juridical system, in accord with Saint Paul’s motto, “Test everything and keep what is good” (1 Thess 5:21). They made use of the goods it offered them but at the same time made a very acute critique of its claims to absoluteness and highlighted its weaknesses and contradictions.

The Scriptures demonstrate the Christian attitude of krisis (discernment) with regard to the law, which implies, among other things, the frank and uncomplicated claim of one’s proper rights. One particularly interesting example of such an approach is found in Acts 16 (verses 16-40), which tells the story of the arrest of Paul and Silas during their stay in Philippi. This city of Macedonia can have a certain symbolic value in our eyes because at that time (around the year A.D. 50) it was a Roman colony that enjoyed the ius italicum, that is, it was a place where Roman law was applied in its entirety. It was also the first city in Europe where the Gospel was preached. We could thus almost say that it was at Philippi that Christianity encountered “our” juridical world for the first time.

This is how the story unfolds: after their preaching damaged someone’s economic interests (those who seek silver, as always: cf. Acts 16:16-19), the two Christian missionaries were “dragged into the public square before the authorities” and accused of “sowing disorder” by propagating “customs that are not lawful for us Romans to adopt or practice” (16:19-21). The magistrates – in total contempt for one of the fundamental principles of Roman procedural law that they were supposed to administer: audiatur et altera pars, that is, no one may be condemned without first having their side of the story heard – did not give Paul and Silas the chance to explain themselves. Rather, after having them beaten (with “many blows” the text informs us), they placed them in prison; and apparently they also had their own form of the Italian “hard prison regime” law, because it says that the jailer “put them in the innermost cell and secured their feet to a stake” (Acts 16:24).

Then something unforeseen happened: that same night there was “a violent earthquake that was so severe that it shook the foundations of the jail;” the doors opened and the prisoners found that miraculously all of their chains were loosed. It was the emergency (an earthquake for them, a virus for us) that suddenly risked bringing the system to collapse and its “ordinary administration.” In a situation like this, there are no rules to keep: the jailer, convinced that all the prisoners had escaped, was about to kill himself (he knew of course that since he was responsible for their custody he would have to pay for their escape with his life), but Paul saved him by crying out to him that they were all still there. The text does not say it explicitly, but it makes clear that what prevented the collapse of the system here (the mass escape of prisoners) was not the force of power, which was annihilated by the emergency, but rather the moral authority of those two strange jailed companions who were so different from all the others. The jailer realized this and threw himself at the feet of Paul and Silas, and calling them “lords” (kyrioi), he asked them what he needed to do “to be saved.” This part of the story concludes with the evangelization and baptism of the jailer and his family and with the sharing of a meal in his house “full of joy for having come to faith in God” (16:34).

Take note: we are considering a story of the manifestation of divine power, just like others in the book of Acts, but in this case such an intervention from on high does not lead to the liberation of the Apostles who are unjustly imprisoned so much as to the salvation of the jailer and, indirectly, of the social institution to which he is attached. The emergency thus swiftly inverted their roles: the prisoner himself becomes the one who protects the life of the one who formally holds the prisoner in his power.

Such a reversal of roles is even more evident in the rest of the story, which contains the cue that is the most pertinent of all to the present problem of the relationship between the Church and political power in Italy. The following morning, the magistrates of the city sent the lictors to tell the jailer to free the two Christian missionaries. It is probable that once the earthquake took place they had other problems to solve and so they decided to close the case. But at this point the reaction of Paul is surprising, and it is worth reading in in full and meditating on it: “They have beaten us publicly, even though we are Roman citizens and have not been tried, and have thrown us into prison. And now, are they going to release us secretly? By no means. Let them come themselves and lead us out” (16:37). The revelation that Paul was a Roman citizen greatly terrified the Philippian magistrates, who realized that they had violated a whole set of laws that protected the status of those who held the title of Roman citizen (the Lex Valeria, the three Leges Porciae and finally the Lex Iulia de vi publica et privata, issued by Augustus Caesar in 17 B.C.). Radically changing their attitude, they hastened to go in person to the two Christian preachers to “pray them” to leave the city (reading the text literally). This is what Paul and Silas did, but not before gathering together the Christian community and giving  a final exhortatory discourse to their brothers.

I do not think I am mistaken if I say that today many Christians would find Paul’s insistence on public reparation for the injustice done him to be, if not inappropriate, at least questionable. They would likely feel like it was a useless stubbornness that was not in accord with the Gospel: after all, what better chance could there be for the Apostle to “stand alongside the least,” those without rights, the other prisoners, renouncing his claim to a particular right that was due him as a member of the elite? Wouldn’t it be a more coherent testimony to the message of Christ to simply accept the unjust humiliation he underwent silently? This sort of sensibility, which is quite widespread today, prevents us from grasping the true meaning of Paul’s conduct as recounted in this passage of Acts of the Apostles. His personal dignity was not at stake, nor was he merely defending his own privilege, but more so he was denouncing the violation of the law by those authorities who were responsible for governing the polis and administering justice.

The message of the story is that Christians are not a threat to the public order. In fact, by their life that is conformed to the teaching of Christ they constitute a humble, silent but determining factor of social stability, whose precious contribution is revealed in a particular way in moments of societal crisis. Although they are persecuted, they make a decisive contribution to keeping the society that persecutes them on its feet.

Paradoxically, public order may instead be threatened by its protectors when they exercise their delicate function wrongly, in particular when they unjustly limit the freedom of its citizens. In these cases, Christians must not be shy or have mental reservations about claiming respect for “their” rights, which of course implies calling on others to fulfil their respective duties. It is not a matter of “turning the other cheek” but of acting in defence of freedom and the rights of all, for the benefit of society as a whole. Such an approach which was valid then, for the unjust beatings and detention of Paul and Silas, could also apply today for certain undue limitations of religious freedom or for the intrusion of the State in matters that are the exclusive competence of the Church.