“A vaccine-related pathology exists; ignoring interactions with ACE2 receptors underestimates the risk”. The Daily Compass interviewed professor Bellavite: “AIFA (Italian Medicines Agency) is ignoring the causal connections to haemorrhages and thromboses by blaming pre-existing pathologies, which could instead be concomitant causes; the renin-angiotensin system is 'stressed' by the vaccine spikes, a circulatory problem arises in predisposed subjects or those at risk”. Therefore we need “a pre-vaccination history, instead of charging in blindly led by a general whose narrative is not scientific but militaristic, in which deaths are normal”. Should young people be vaccinated? “It’s a gamble and blackmail: just to go on holiday they take risks without the benefits”. 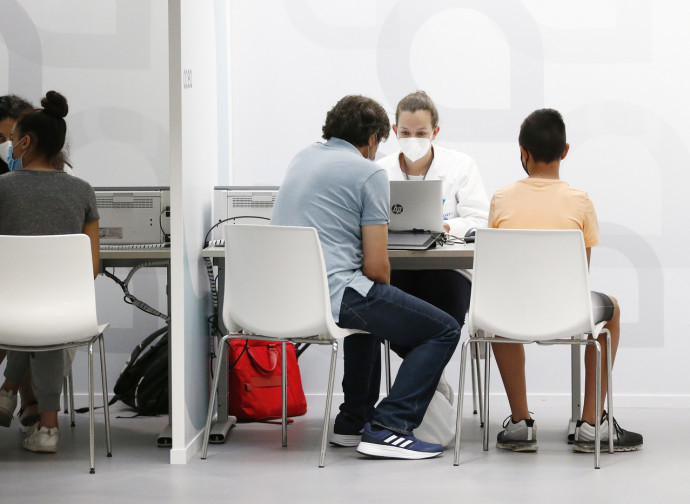 “It’s no good beating about the bush: there is a vaccine-related pathology and ignoring the problem of possible interactions that the vaccine has with ACE2 receptors could lead to a systematic underestimation of the risk.” Professor Paolo Bellavite (pictured), is it true the vaccine kills in certain conditions, which we don’t yet fully understand? What is really happening?
To start, there is a necessary premise to consider. I’m a general pathologist, my job is to understand the causes of diseases; it’s not enough to be a virologist or an epidemiologist, you have to investigate how a vaccine works and what are the mechanisms by which reactions such as thrombosis or myocarditis occur in certain subjects.

What are your thoughts on the matter?
In 2009, I wrote a book: Complexity in Medicine, in which I investigated the problem of the interaction between different causes in determining a certain phenomenon. The organism is a complex system, it is difficult and very rare for there to be only one cause that determines a disease. Even if we talk about infectious causes, such as a virus, we see that in some people it has no effect, as in so-called asymptomatic people, while in other people its effects are disastrous.

But we know the virus kills...
It is not just the virus or the microbe that is the cause: one has to look inside the body for the way it reacts, depending on various states of susceptibility due to genetics and/or other diseases that have caused an epigenetic change. Such as allergies, for example. The same applies to the vaccine.

And so?
Adverse reactions are discussed in a simplistic way. We try to understand whether the vaccine was the cause or not. This either/or theory, whereby or the vaccine caused it or the vaccine didn’t cause it, is a scientifically untenable approach, as I have demonstrated in various papers, the most important of which can be found here.

So what should the right approach be?
In the vast majority of cases vaccines do no harm; they induce a small irritation in the system and the system reacts and produces immunity. If the cause were the vaccine itself, everyone would die or everyone would get sick from the vaccine. Instead, vaccine-related pathology occurs in a minority.

Does this mean you have to get into the case records and the percentage of people with problems?
And therein lies today’s challenge. The problem depends on vaccine-vigilance. When the first reports of thrombosis phenomena were revealed, I constantly found the word “unrelated” and yet I know how difficult it is to say whether something is related or not; I have studied the subject and explained how it can be entirely plausible that there may be a correlation with thrombosis. In my paper, which I sent to AIFA, EMA (European Medicines Agency), and the vaccine monitoring centres, I pointed out the problem of spike proteins produced by the vaccine attaching to receptors in the renin-angiotensin system. These ACE2 receptors regulate blood pressure and other functions such as coagulation and bradykinin.

Is this to the point of disrupting the body’s physiology?
Yes. When the renin-angiotensin system is “stressed” by the virus or the vaccine’s spikes, a circulatory problem can arise, even affecting the platelets in the blood. So is the problem with the vaccine that it acts on the vascular system?
It’s the same problem as with the Covid disease: when they allowed autopsies to take place, the doctors couldn’t believe their eyes when they saw the blood vessels in the lungs were completely blocked. It was a surprise, that’s why heparin was introduced, since that day we have been treating Covid at home, obviously with other drugs. The same thing is happening with the vaccine, because the problem of possible interactions of the vaccine with ACE2 is ignored.

How do these interactions take place?
The mechanism of action is the same because the spike is involved. The vaccine itself is less pathogenic than the virus, of course, but the problem is that the vaccine is given to millions of people, including young people, who would not have been harmed by the virus. This raises the number of real adverse events to a very high level and can exceed the risk of disease from the virus, particularly in young people.

Are you saying that there should be an initial screening at the anamnesis stage, to decide who really needs a vaccine, in a justifiable risk/benefit ratio?
Yes. Instead, we are even seeing people who have already had the disease being vaccinated without any criteria. This is totally absurd. Those who have already had the disease are already immune, but in the meantime they take the risks associated with the vaccine, which, moreover, are greater in those who have had the natural disease.

The argument is to vaccinate them because we don’t know how long the natural antibody will last...
But both natural and artificial antibodies slowly decay.

They say that antibodies produced by vaccines are greater...
Of course, it’s because we’ve overstimulated the immune system. Just because someone has such a high level of immunity is not a victory to brag about. It is not a question of antibodies, but of how many people have contracted the disease again after having contracted it naturally: it has been shown that the natural disease gives immunity, in the sense of not falling ill, equal to or better than the vaccine. Let’s talk about vaccinating children and young people....
It’s a gamble because they receive the risk of the disease without receiving the advantage. The truth is that the vaccination campaign for adolescents and young people is being carried out under the sword of Damocles with huge blackmail: the right to go clubbing or on holiday. But people must be left free to decide and not blackmailed.

On the subject of young people: the case of Camilla Canepa, who died at the age of 18 after being vaccinated, caused a stir. The autopsy spoke of a cerebral haemorrhage, but a presumed pathology, deriving from a lack of platelets (platelet deficiency), was emphasised. Have you formed an opinion?
I cannot talk about it, out of respect for the privacy of the victim and her family. I can only make some general considerations on the basis of this case in the news.

Which are?
Such a tragic event of a post-vaccine cerebral haemorrhage would not be the first case.

What could be the cause?
Still speaking generally, there are several possibilities: the first is the pressure surge caused by the vaccine spikes in the renin-angiotensin system. I have discussed this specifically in a separate paper that can be read here.

The second?
The second possibility is linked to thrombocytopenia: if a person has few platelets, a spontaneous rupture of a blood vessel can cause bleeding. Usually haemorrhages due only to a lack of platelets are first revealed as spots on the skin or nosebleeds, but in general it is rare for a thrombocytopenia to manifest itself immediately as a cerebral haemorrhage. With a few exceptions, which are always possible in medicine.

So in your opinion Camilla’s thrombocytopenia was not the cause of the haemorrhage?
Still speaking generally, my opinion is that post-vaccine thrombocytopenias are often secondary to thrombosis. Basically: the spikes activate the blood platelets, the blood platelets activate each other and form thrombi, and the number of platelets decreases because they have been used up to make the thrombi. Or there may be a reaction to auto-antibodies.

So thrombocytopenia is not a cause, but a risk factor that together with the vaccine caused the haemorrhage?
I didn’t say that. We should know whether people with these problems had thrombocytopenias before the vaccine. You see, the fact is that everything is being taken for granted here: what drugs are all the people who have the vaccine taking? For example, for the female sex there could be an interaction with contraceptive oestrogen-progestin drugs.

Are you saying that many young people may be at risk because of what the vaccine may cause in them and not because of the vaccine itself?
Hormones are just one of the many problems in the search for “causes” of adverse reactions. There are people who have problems with blood circulation, diabetes or damaged blood vessels, but if one reads the AIFA reports on vaccine deaths one sees that the causal link has been ruled out because they had another pathology: the vaccine cause is systematically ruled out by blaming the existence of another pathology such as, for example, vascular disease or diabetes, or tumours, all common conditions in the elderly. Instead, they may have been contributory factors; we need to think in terms of complexity. If we continue with the either/or theory we will never find out and we will expose to risk the population who believe they are not at risk because causal links have been excluded.

But then it would be necessary to carry out a more precise anamnesis of each vaccination candidate...
And here we come back to the risk-benefit. These aspects are not taken into account. We are blindly going ahead with a campaign led by a general within a militarised system that claims many victims. The narrative of war is catchy: in war many soldiers die and deaths are considered normal. But this war metaphor is not part of the language of complex medicine and epidemiology. Above all, it overlooks the fact that health treatments must be tailored to the characteristics of the individual.

Is it correct to say that before administering the vaccine it’s necessary to understand who one is dealing with? And if so, how can that be done in the middle of a trial like this? Relapses, adverse effects, serious reactions emerge from time to time. It is very difficult to give credit to those who until yesterday were claiming that everything was safe.
Recognising this phenomenon and the causal link is not a matter of insurance or of people being right or wrong, but it is essential for better diagnosis and treatment. If we know that there is this danger, if headaches or vascular disorders appear, it would be very important to firstly measure blood pressure more often: it is fundamental in this type of reaction. It is very important to take a careful pre-vaccination anamnesis and, if necessary, to carry out laboratory tests promptly.

Isn’t this an obstacle though to the mass vaccination of an entire population, as it would take longer and the number of vaccine candidates would be smaller?
Yes, but it would be a way of reducing vaccine deaths.

Link to Poalo Bellavite’s previous article for the Daily Compass

Do we understand what this means?