Right to forgiveness? This is how mercy is cancelled

During an interview on an italian channel, the Pope speaks of a universal right to forgiveness. But how can one claim the right to a gift? Forgiveness is the prerogative of the merciful God, who goes above and beyond the measure of justice and law. The command to forgive stems from the knowledge that we ourselves have been forgiven by mercy, not by right. The words of Francis have a paradoxical effect: by affirming the 'right to forgiveness', they negate the role of mercy. 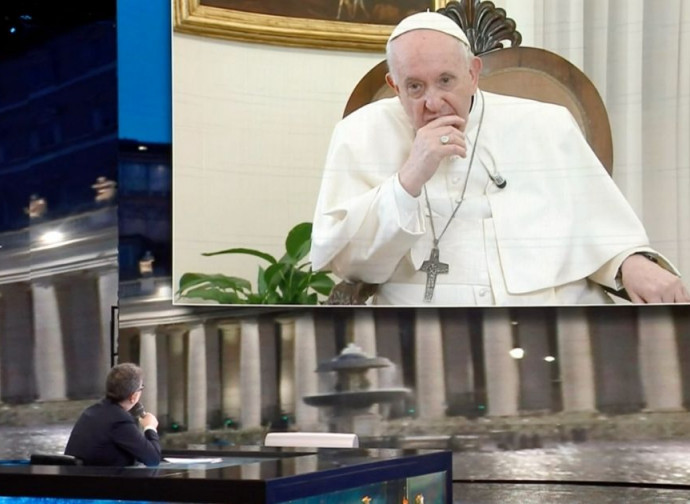 Yet, in an interview during a talk show on Italian state television Network 3 (Rai 3) which caused a lot of hype, when answering the question of whether there is someone who does not deserve God's mercy or the forgiveness of men, the pope gave an answer that is frankly difficult to understand (see here), even if only in terms of grammar: "To be forgiven is a human right", he replied, knowing full well that it would be an answer "that will perhaps shock some people". He continued: “We all have the right to be forgiven if we ask for forgiveness. It is a right that comes from the very nature of God and has been given as an inheritance to men. We have forgotten that someone who asks for forgiveness has the right to be forgiven. You have done something, you pay for it. No! You have the right to be forgiven, and if you have a debt to society, you can pay it, but with forgiveness”.

Francis then recalled the parable of the prodigal son, recounted in Luke's Gospel, commenting on it in a way diametrically opposed to the sense of the text, namely that the son would have had the right to be forgiven; only he did not know it and therefore hesitated to return to his father's house...

A decidedly confused sentence, which at first even seems to affirm that God has by nature the right to be forgiven, a right which he then bequeaths to mankind. We would like to think that the problem stems from an understandably inadequate knowledge of the Italian language, which is why it would be better to avoid improvising, especially on a television programme. Let us take it for granted that Francis meant to say that God by nature is inclined to forgiveness. Well, would this justify the expression that men have a right to forgiveness with respect to God, understanding this right as human, that is, as proper to human nature?

The answer is no. And it is not a question of restricting God's mercy. On the contrary, forgiveness is the prerogative of the merciful God, who goes beyond the measure of justice and therefore of law. The parable of the prodigal son, before the distortion aired on Che tempo che fa, has always meant the superabundance of the father's forgiveness, not the performance of a due act. From the repentant son, there are no words of vindication, but of deep humiliation, to the point of declaring himself unworthy of being called a son. According to Bergoglio, however, if the son had been aware of his human right, what should he have done? He should have gone to his father and said: "OK, I was wrong. In any case, you must forgive me, because it is my express right. Otherwise I'll call the police"?

Even with regard to men, one cannot claim a right to forgiveness. Of course, the offender does not lose all rights; he can claim to have suffered an unjust and disproportionate punishment in relation to the fault committed, but he cannot in any way demand forgiveness. The main Gospel parable on forgiveness (Mt 18:23-35) shows that the king, faced with the one who owed him ten thousand talents, first acts according to strict justice and then completely writes off the debt. Again, the word in no way suggests that the debtor had a right to be forgiven. The command to forgive our neighbour in turn does not arise from a right of "those who trespass against us”, but from the knowledge that we ourselves have been forgiven out of mercy, not by right.

Francis' statement has, among other things, the consequence of instantly nullifying the Redemption of Christ. Not a minor detail. What does St. Paul mean when he states that Christ "died for our sins according to the Scriptures" (1 Cor 15:3)? Or when he writes that we are "justified freely by His grace in virtue of the redemption accomplished by Christ Jesus" (Rom 3:24)? St Thomas explains, with his usual clarity, that Redemption is an act of justice, because Jesus atoned for man's sins, and of mercy, because man was unable to do so. Let us take a look at the text of the Summa Theologiae: "That man has been freed through the passion of Christ accords with both mercy and justice: with justice, because Christ has atoned for the sin of the human race, and man has therefore been freed from the justice of Christ; and with mercy, because man could not atone on his own for the sin of the human race and God gave man his Son as atonement, and this was the fruit of a more abundant mercy than if God had remitted sins without atonement" (III, q. 46, a. 1, ad3).

This means that the Redemption wrought by Christ is not an act of justice, in the sense that men would have been entitled to it by natural right, but is an act of justice only in the sense that He offered to atone for what was not owed; as if someone offered to settle a private individual's debt to a bank. And this vicarious satisfaction finds its reason in the infinite mercy of God. If being forgiven were a human right, and God were therefore obliged to forgive man as a duty of justice, where would the mercy be? And where then is the mystery of Redemption?

Francis, with this intervention, has therefore achieved a paradoxical effect: by affirming the alleged 'right to forgiveness', he has not only restricted, but even nullified the field of mercy.