Rethinking notions of freedom and democracy

Defending health cannot be bartered for our loss of freedom. Yet, by the same token, we mustn’t forget that, in recent years, a misunderstood sense of democracy has all but destroyed the family and devastated the moral principle of our right to life. The challenge is rejecting authoritarianism without returning to false sense of democracy and freedom. 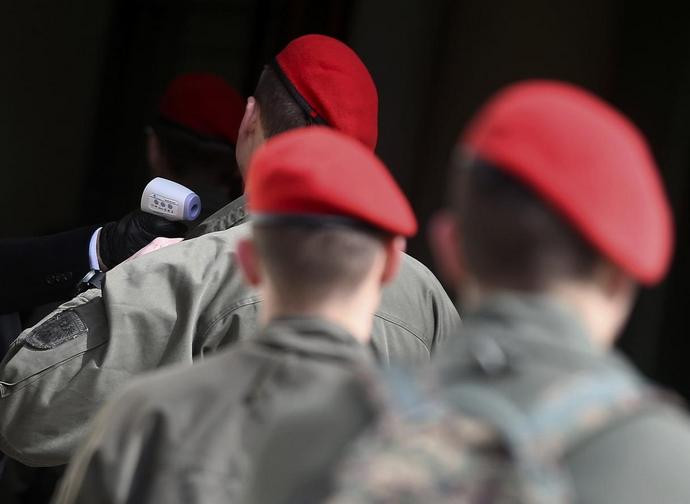 Defending human health cannot be made in exchange for a loss of human freedom.  The Daily Compass has repeatedly defended this principle. It has clarified, however, this does not simply mean returning to notions of freedom and democracy that were once prevalent prior to the coronavirus crisis. The rethinking brought on by the current epidemic must also regard the ways in which civil and political freedoms have been exercised in our country and how our democratic system has interpreted them.  The strong push toward protecting our health may be accompanied by hidden totalitarian dangers, and thus lead to an unworthy celebration of freedom and democracy.

Modern democracy is inherently fragmented and divisive, because it is individualistic. It can also destroy a nation and strongly weaken a citizen’s sense of belonging in pursuit of the common good. ‘Numerical’ democracy, that is to say the rule by majority, can have a widely damaging effect on free society, since it subjects every value and principle to the quantitative counting of opinions. It infinitely multiplies individual preferences, putting all to the consideration of law. Democracy, in this sense, is reduced to a mere notary validating our desires. In popular sovereignty the principle of the absolute sovereign is veiled, since it is embodied in the many rather than in one.  Even admitting this principle, the recognition of popular will through representation is almost impossible to achieve and political elections are influenced by a thousand other factors, including the influence of undemocratic powers.

When a nation faces danger like the one we are presently experiencing, it may find itself weakened precisely on account if its own sense of freedom and democracy. And if this does not happen, it is because, fortunately and by other means, we have been able to preserve our traditional commonly-held values despite the relativism of modern democracy.

Democracies are internally self-conflicting. Governments are guided in their policies not only by various circumstances at stake but also by the fear of losing the electorate or politically damaging themselves before rivals.  Necessary decisions can, thus, be made belatedly or slowly in light of this. In the face of danger, as is the case today, immediate and clear decisions are needed, something which is inherently  problematic to democratic systems.

Some critics, even from abroad, have chided the Italian government for not having acted decisively right from the beginning of the coronavirus crisis and for having revealed its serious communication flaws. Perhaps certain conditions, as I have just mentioned, played an important part in all this. Even in the "clash" that can exist between national and regional governments, there is the usual democratic difficulty of striking mutual agreements. This can be acceptable if regions make up for the national government’s indecisiveness, but not so if it complicates such decisions by articulating them differently in various other territories.

We are right in complaining about our Parliament placed under quarantine. In addition to being unfair to many Italians who don’t have the luxury, as do some politicians, of retreating to a private garden and who are battling the virus on the front lines right now, shutting down the Parliament negatively represents our democracy. Parliament must be reopened. Even so, would this help us forget the great defects of Italy’s parliamentary system?  Like when entire groups of MPs change their positions after elections and why the current government is the result of a ‘palace operation’ to put back in the control room those who had lost in elections.

Does this represent an objective weakness of our democratic system today? Well, now we find ourselves led by a minister of public health, who is one of the many reshuffled political losers.  Hence complaining about the closure of Parliament cannot simply mean going back to its previous state of affairs. Nor will it, as has been said, be able to be saved by a "constitutional and republican spirit", because it is precisely this spirit which has animated the most questionable aspects of our democratic freedom.

Over the past five years our democracy, together with its disastrous laws, has destroyed the family and devastated the moral principle of the right to life. This very same democracy is now considered perfectly capable of defending life from the coronavirus and focusing us on "staying at home", that is, in the family.  But does this democracy even have a clean enough criminal record to demand this of us? We all know that should there be an economic recession and unemployment - and there will be! - it will be up to the family to lead us out of it, the very same institution that has however been hit, exploited, destroyed, despised by Cirinnà legislation and by various Constitutional Court decisions. The family has suffered as such precisely because of the so-called “democratic and republican spirit".

Even during this ongoing emergency, we have learned abortion practices haven’t been called off and everything continues just as it was before. Democrats who, with their rally cries to gather forces to fight against this new enemy of human life, are precisely the one who place no restrictions whatsoever against the scourge of abortion, not even to make room for more intensive care units.

During emergencies like today, democracy and freedom are placed in danger. But emergency situations also hinge on democracy and freedom that are falsely understood and even more poorly practiced. When we oppose authoritarian deviancies, let us not return - as if they were our salvation - to false notions of freedom and democracy