In 2019 she stopped taking testosterone. And now Sinead Watson criticises the Stanford psychiatrist, who according to her is guilty of unilaterally embracing the "sex change" practice and of being contemptuous of those who have abandoned the "transition". Her testimony reminds us of the damage caused by the transsexualist ideology. 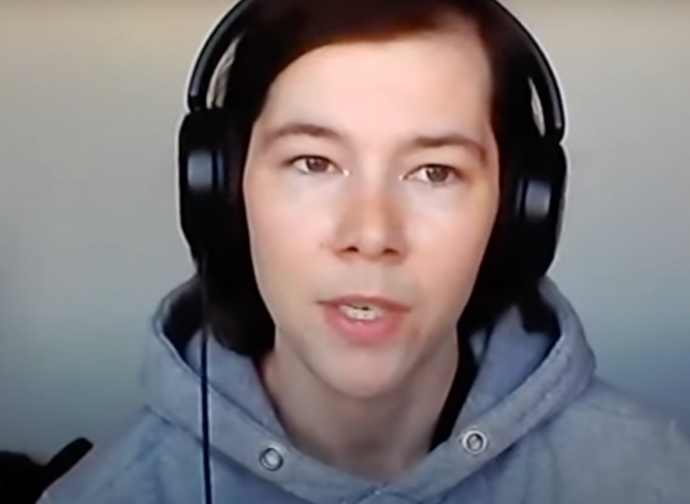 The recent and problematic overruling by the British judges on 17 September revised the line set in December 2020 in the case of Keira Bell. But, even if doctors are authorised to proceed once more with "sex change" for young people without prior consent of the court, by no means does this erase the reality of  detransitioners, that is the "repentant trans", who continue to raise their voices so that their uncensored stories become public knowledge.

Sinead Watson’s heavy j'accuse is one such story. In 2015, at the age of 24, she had started the transition process at the Sandyford clinic in Glasgow, but after three years began to regret the decision.
In 2019, she stopped taking testosterone. Watson was in fact the protagonist of a recent frontal attack against Jack Turban, a psychiatrist at Stanford University School of Medicine. She claims he is guilty of offending and denying the reality of people like her and of unilaterally embracing the affirmative approach - and that is, in favour of "sex change" - neglecting the exploratory and psychiatric one, that is to say a much more cautious line. The attack was launched through a long letter that the woman had sent to the academician's superiors and so far has not obtained a response. "We are deeply concerned about Dr. Turban's contempt for psychiatric intervention and exploratory psychotherapy," the letter reads, "for his singular approval of affirmative therapies for people with gender dysphoria and for his contemptuous treatment of those who, like us, have abandoned the transition ». An abandonment, it is highlighted, with sometimes irreparable consequences: "Some of us will now never be able to have children and many of us live each day with great anguish and regret".

Notes of disappointment feature strongly in Watson's letter: "Not only have doctors like Dr. Turban damaged us by starting us on a singular path of transition, but now they hurt us twice by discrediting our experiences and even our existence, when instead they should help us. " The choice to bring in Turban goes without saying, is not accidental. In fact, he enjoys considerable visibility (he is regularly consulted on LGBT issues by newspapers such as the New York Times, Washington Post, Los Angeles Times and Scientific American) and, in a recent podcast produced with Helen Webberley, he substantially denied that people with dysphoria generally can be helped on a psychiatric level. "There is no psychiatric intervention for gender dysphoria", said Turban, "but there are medical interventions for gender dysphoria."

Last year, the Stanford academic also published a study in Jama Psychiatry - which inspired various bills - in which he heavily attacked, describing gender identity conversion therapy as dangerous, the possibility that those suffering from gender dysphoria can be helped until they find themselves at ease with their biological identity. This article, for the record, was recently answered with a critical analysis, published in Archives of Sexual Behavior, which pointed out how Turban's research is vitiated by "serious methodological flaws".

This is to say that the esteemed Jack Turban is certainly not infallible nor are those who think like him are the only voice in the medical world. Yet what the media tends to feed us is precisely this material leaving detransitioners like Sinead Watson to step forward and raise their voices to dispel the rainbow narrative, and to explain that "repentant trans" are not so rare, but represent the painful consequence of a society that unreservedly embraces an approach to gender dysphoria that is ideological. And moreover leaves deep wounds in the lives of many people.