"Psychologists and exorcists united against demonopathy"

The murders of two women in Italy are drawing attention to an unknown phenomenon: severe demonopathy. The perpetrators of the crimes have confessed that they killed on the impulse of a "voice". It’s necessary for psychologists and psychiatrists to work together in teams with exorcists. In Italy, the first interdisciplinary group is bearing fruit. Psychotherapist Dr. Fabrizio Penna told the Daily Compass: "We need both a psychological diagnosis and a spiritual discernment. We cannot say that everything depends on the devil, but neither can we state the contrary. If we were to ascertain the spiritual disturbances experienced by these killers, we would discover serious forms of diabolical obsession". 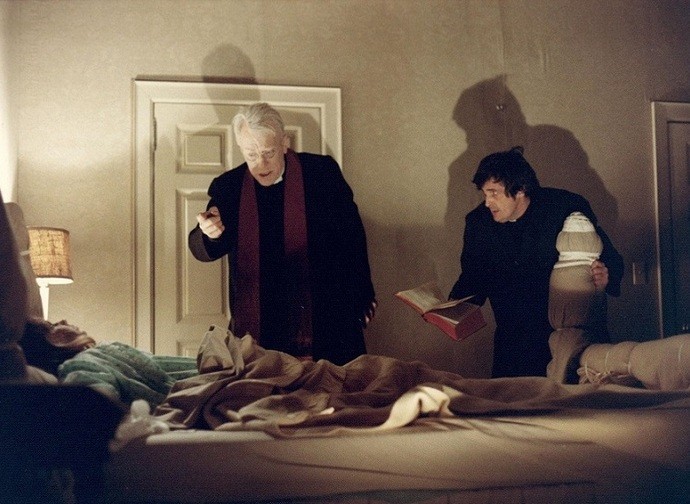 His first words to investigators immediately after confessing were: "I acted on the basis of a higher force, of a demon that torments me. It was like an inner voice that told me to kill her." This is the chilling account given by the 16-year-old Italian boy from the province of Bologna who confessed to the murder of Chiara Gualzetti, also aged 16. The same recount was confessed by a 35-year-old from Veneto who killed a female bartender.

What lies behind these two violent tragedies that took place just a few days apart? Do these "voices," these "uncontrollable impulses to kill" , really exist and can they be traced back to some demonic experience and not just to a psychotic episodes? Moreover, what is the line that separates psychosis from spiritual illness?

The Daily Compass interviewed Dr. Fabrizio Penna, a PhD in psychology who works as a family therapist, professional counsellor, and is a profound expert in spiritual issues.

Dr. Penna, is hearing a voice a clear indication of diabolical influence?
Voices are not necessarily evidence of demonic influence nor of psychopathological episodes. We must diagnose them both from a clinical and a spiritual standpoint. As St. John Paul II said in Fides et Ratio, we must proceed to understand with faith but always together with reason. And vice versa. Without these two pillars of comprehension, one risks ending up either in the extremes of fideism or rationalism.

Is it very likely, then, that there is an extraordinary spiritual problem behind these occurrences?
Not likely, but it is possible. The use of terms is fundamental in these cases. The probability is based on clues that will be clear as the investigation continues.

From what does this possibility arise?
The possibility arises from the fact that among the symptoms of those who have real spiritual problems there can also be that of hearing voices urging one to do things against one's natural inclinations. It could be because of demonic obsessions. Yet, I repeat making any automatic association of “voices” with “spiritual problems” should always be avoided, otherwise no one would take us seriously. One must know how to decode the signals and clues that can only be gathered through careful and competent listening to the person’s accounts.

What are some notable red flags?
Among the clues are sudden and strange behaviours against one's own character. If until yesterday one has behaved in certain ways and then suddenly has obsessive thoughts  that appear together with uncontrollable compulsions towards certain actions, these are red flags. We should then go and investigate what happened right before the behavioural change occurred. If a boy says, for example, that he has been to a rave party or has participated in esoteric rituals, that would be another red flag. . 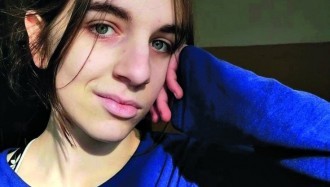 The boy who killed Chiara (in the photo) was seeing a psychologist. Shouldn’t that have been sufficient?
The psychological and spiritual aspects manifest themselves in the same area, that is, in the soul, which corresponds to the psyche, anthropologically speaking. We need to reason with a Pauline vision, in the sense of understanding that the person is made up of spirit, soul and body, otherwise we cannot understand any spiritual concerns. These are not separate levels of the persons, but are unified. St. Thomas Aquinas would call them “synolus.”

Is it possible to work on both levels, psychological and a spiritual?
Absolutely, yes. Psychologically through clinical diagnosis and spiritually through discernment. Disorders can be psychopathological or extraordinary spiritual. To recognise them, those whose job it is to diagnose or discern must be well-trained in these specific areas of expertise.

What do we mean by spiritual problems?
Spiritual problems can be divided into three types. First, there is “vexation.” It is expressed through physical manifestations and with symptoms that are medically recognisable. Second, there is “demonic obsession.” This is the most complex and which develops through recurring obsessive thoughts that lead the person to commit evil he does not want to, instead of doing the good he desires. Finally, there are “possessions.” They are extremely rare and leads evil spirits to take possession not only of our thoughts, but of our entire mind. They create a temporary disconnect in the person’s conscience while his spirit is completely taken over.

In terms of violent crimes these days, what can be said about them?
If an extraordinary spiritual problem were to be discerned, then we would certainly be dealing with acute demonic obsession.

Why not "possession"?
In 99 percent of the people experiencing serious demonic obsessions, if we were to use certain effective spiritual interventions, such as prayers of liberation or an exorcism, they would probably also respond with demonic possession. When these things happen, we are always afraid of entering too far into the realm of the Church's responsibilities and, thus, prefer to solve them with a psychiatric means. We follow procedures of expert opinions and then diagnose with mental illness.

Isn't this very unsatisfactory?
If psychiatrists or psychologists are totally lacking in training that leads them to consider not only the physical aspects but also the metaphysical aspects of reality, they will not be able, even in perfect good faith, to make a complete diagnosis/discernment. 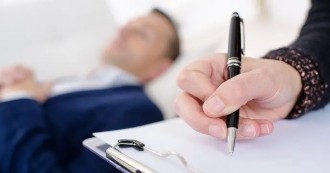 But are psychologists today also equipped to recognise spiritual disorders?
Groups of psychiatrists and psychologists who work alongside exorcists is growing in Italy and around the world. It is an experience that is enabling them to discover that spiritual problems, when they do exist, are eminently different from psychopathological problems, because the symptoms manifest themselves in a way that is atypical of what the DSM 5 (the official psychodiagnostic manual) requires. There are symptoms that may resemble each other, but do not correspond. An Argentinean psychiatrist, Dr Hector de Ezcurra, has drawn up a comparative spectrum of the symptoms of certain psychopathologies and those of certain demonopathies. His objective was to empower mental health experts to make a differential diagnoses.

For instance?
For example, if I have constant homicidal thoughts in all situations, de-contextualised by any motive, then I can quite easily think that a psychopathological disorder is involved. But if they develop in certain contexts or perhaps after the person has had contact with spiritually relevant situations, then we are heading down the road of spiritual disorders. In addition, certain spiritual disturbances are exacerbated in situations of prayer or proximity to prayerful contexts, even if the person concerned is not aware of being in such contexts. As you can see, more clues are needed, and the International Association of Exorcists has recently written a book to help those involved in spiritual discernment. Prudence, humility, and charity are required in dealing with this matter and these virtues can only be exercised if one has first mastered the subject matter.

In the vast majority of psychological diagnoses of cases like these, however, these factors are excluded a priori....
This is why it is essential that psychologists and exorcists work as a team. In Milan an interdisciplinary working group has been set up. I am also a member. It is made up of priest-exorcists, psychiatrists, and psychologists. I myself have been involved in the training of some psychologist colleagues to help them understand aspects that are not normally included in any study programme.

It is a bit strange to hear of priests collaborating with psychologists....
Strange, indeed, but healthy, because we cannot make everything depend on the devil, because we would fall into fideism and negate the Christian appreciation of human reason. On the contrary, if we think that everything can only be resolved through acts of intelligence, which are also important but not definitive, the realm of reason would lack certain elements to complete the diagnosis. We cannot say that everything depends on the devil, but neither can we say everything depends of reason.

Is this interdisciplinary group bearing fruit?
Yes. Where collaborative efforts are taking place it is becoming clear that people who contact exorcists because they think they are dealing with spiritual problems, in reality, only 3% of cases  end up being discerned as problems of a exclusively spiritual nature of demonic origin. Yet, about 50% do have mixed psychological and spiritual problems and both require interventions of exorcists.

What about the case of the boy from Bologna, why did he act the way he did?
Young people are very impressionable. There is a certain boldness they feel due to their age and ignorance. For fun and games, young people go to séances or play esoteric games. These experiences open doors which are then difficult to close again.

What about music, TV series and films? The boy from Bologna said he was fascinated by the Netflix TV series Lucifer.
That might have prepared the boy to lower any moral defences against the dangers of certain situations.

If you were to investigate Clare's murder case, what would you do to find out if the boy had suffered spiritual problems of obsession?
It would be useful to investigate his life and listen to him personally. It may turn out that he had participated in several situations involving esoteric rituals that put him at the mercy of forces greater than himself and without having the right spiritual means to deal properly with them.

And what is the best means to counter them?
The one who opposes the spirit of evil is only one: the Holy Spirit. An existential spiritual vision is, therefore, necessary.