Pro-Putin conservatives are victims of a cultural mistake

British historian Tim Stanley and columnist for The Telegraph explains to the Daily Compass why the idea of a post-Soviet Russia being a Christian bulwark against a secularised West has never been true: "Putin tried to restore Russia as it was around 1900". But at the same time it is wrong to think that Ukraine is fighting in the name of democracy: "The truth is they are fighting for their homes, their land and their families." 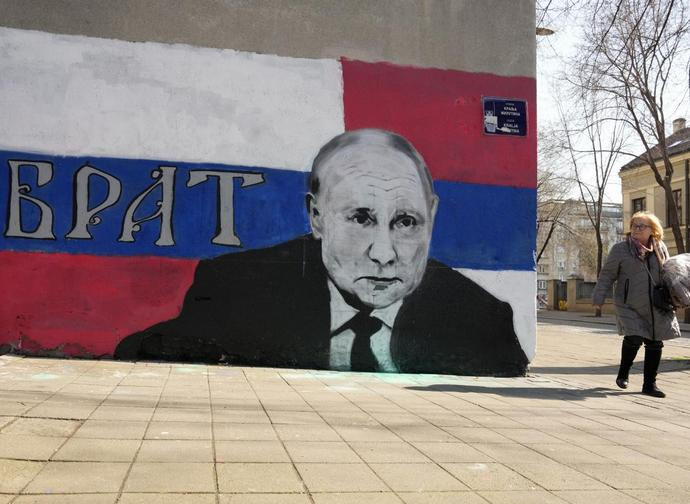 "Whatever Happened to Tradition?: History, Belonging and the Future of the West", published in 2021 by Bloomsbury, is a text worth reading to be oriented in the world of global conservatism recovering from the effect of the pandemic and the Brexit-Trump hangover. Its author Tim Stanley, historian and columnist for the "Telegraph", of Catholic faith, also dwelt - with a critical eye - on Putin's restoration which also directly involved the Russian Orthodox Church.
The image of a post-Soviet and post-Yeltsinian Russia being a bulwark of Christianity in the face of an increasingly secularised West has had some success in the conservative world. But, is this still acceptable after the outbreak of the Ukrainian crisis? In reality, for Tim Stanley it has never been true and he explains his reasons in this interview with the Daily Compass.

When you talked about Russia's Symphony of Church and State, you wrote: “when faith and nation become synonymous, there’s a risk that faith becomes a label of identity rather than a system of lived belief”. Are you worried that this could become the ideal motivation for a military offensive in Ukraine?
There are two takes on faith and the invasion. One is that Putin, being forced into action by the threatened expansion of Nato, is the defender of Orthodox civilisation, that he is taking steps to unite a divided people and to hold the line against aggressive Western secularism. I don’t know how many Russians really think this, as it’s hard to sift Kremlin propaganda from popular sentiment. The alternative view is that Putin’s actions are the very antithesis of Christianity: violence, bullying, slaughter of the innocents. Thus we see a classic conflict between faith as ethnic/political identity vs faith as a set of spiritual beliefs that really ought to transcend ethnicity. This dilemma is everywhere. On some level I, too, am nationalistic: I love my country and want to see it win, and I want to protect its distinctive Christian character against competing civilisations. On the other hand, my faith is universal: when one part of the human church hurts, Orthodox in Kharkiv or Muslims in Aleppo, the whole body screams with pain.

You appealed to conservatives over a year ago: don’t fall into the trap of thinking Putin is conducting a cultural counter-revolution. Do you think the fascination that conservative people have for Putin will survive this war?Almost no one in the West, on the Right or Left, has said Putin’s invasion is morally legitimate. Tucker Carlson and a few on the American Right say “it’s none of our business”, I suspect because they are bidding for the loyalty of the average Trump voter - but in doing so, they actually misread Trump. He claims he threatened to bomb Moscow if Putin invaded and now says Nato is too soft. I think Putin’s reputation has taken a terrible hit. By contrast, I was fascinated to note how my own mother has responded emotionally to the Ukrainian refugees. “They’re so religious,” she says with approval, “and they love their grandmas.” This is not an East v West war; it’s almost a civil war between Christian communities.

You had the sense of being in a restoration of a restoration during your trip in Russia in 2018. What do you mean?Putin has tried to restore Russia as it was around 1900 - a time at which the Romanov imperial family was itself trying to restore the grandeur of its earlier rule. This happens a lot in Britain: we constantly look back to the Victorian era, to its architecture and spiritual values, assuming that they were a timeless evocation of Englishness when, in fact, the Victorians were themselves looking back to a fantasy version of the Medieval world. We are nostalgic not for the past in general but for a specific moment in time, which itself was defined by nostalgia. Thus, Putin wants Russians to be more Russian, but the moment he points to - the height of the Russian imperial order - was itself an innovation, and not necessarily a comfortable one. What followed? 1914.

Can you explain why you compared today’s Russia with yesterday’s Ireland?
In Russia, most people would call themselves Orthodox, but they don’t go to church - so they believe without belonging. In Ireland, church attendance is still very high, yet the country has voted to reject Catholic theology, legalising abortion and same sex marriage - so they belong but don’t necessarily believe. I’m not sure either situation is healthy, because it implies a rift between spirit and religious practice. To attend church but vote for wholly unchristian things implies your beliefs are not held strongly; on the other hand, to call yourself a Christian, and endorse homophobia, yet not actually go to church, suggests what really motivates you is the bigotry.

You mentioned Kenneth Clark’s question: 'what we are fighting for'? Recently, we have heard similar statements from Western politicians: ‘Ukraine is fighting to defend democracy’. Do you agree?
No. They are totally wrong. This is typical of the West: we assume everyone thinks like us and, being children of the Enlightenment, we must always reduce passionate matters to abstractions. Left v Right, democracy vs tyranny etc. The reality is, they are fighting for their homes, their land, their families. Westerners would do so, too, if we were invaded. It’s very human. I remember seeing a performance of Nabucco in Verona. The Babylonians were dressed as Austrians, the Hebrews as Italian freedom fighters. It was an imperfect parallel, even tasteless, yet it hammered home how powerfully people feel about their identity and the past. Italy, for example, as a construct is imperfect; politically it doesn't alway work. But invade it and suddenly it comes together.