Poverty in a communist sauce is not Christianity

On Mercy Sunday Pope Francis delivered a homily about how early Christians in the Acts of the Apostles pooled their wealth. The media then "flavoured up" what the pope preached by saying that anyone who does not share their possessions with the poor is not a true Christian. Certainly Christians have a moral obligation to help the needy, but Christianity calls for detachment of the heart from material goods, but it is not a call to poverty. St. Thomas teaches us his evaluation of  "what is necessary." 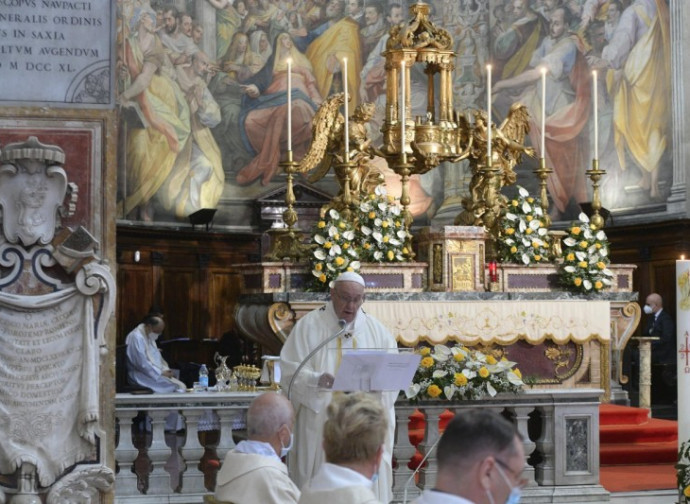 The media made a big deal about the Holy Father's homily last Sunday at the Church of Santo Spirito in Sassia in Rome. Or rather, they made a big deal out of only one tiny part of the pope’s homily, the one concerning the apostles' pooling all their wealth together. The most quoted words of Francis and those which inspired headlines were: "The Acts of the Apostles relate that 'no one claimed private ownership of any possessions, but everything they owned was held in common.' (4:32) This is not communism, but pure Christianity." The interpretation of this passage by the media is clear: you are a Christian only if you share your possessions with the poor. For them, the essence of Christianity lies in this old stereotype.

In this regard, let us read Acts chapter 2: "And all who believed were together and had all things in common. And they were selling their possessions and belongings and distributing the proceeds to all, as any had need." (2: 44-45). Let us now quote the verses that follow the one just mentioned: "There was not a needy person among them, for as many as were owners of lands or houses sold them and brought the proceeds of what was sold and laid it at the apostles' feet, and it was distributed to each as any had need." (4: 34-35). So it would seem that in order to be a Christian, one must either divest oneself of one's possessions and put them in a common fund, give them away to the poor or hand them over to those who proclaim the Gospel. In short: either you make yourself poor like St. Francis or you cannot claim to be a Christian. Anything else is a bourgeois compromise.

This argument seems supported by many other Gospel passages: "Sell your possessions, and give to the needy." (Lk 12:33); "If you would be perfect, go, sell what you possess and give to the poor, and you will have treasure in heaven; and come, follow me." (Mt 19:21). "It is easier for a camel to go through the eye of a needle than for a rich person to enter the kingdom of God." (Mt 19:24); "Blessed are the poor in spirit, for theirs is the kingdom of heaven." (Mt 5:3); "But woe to you who are rich, for you have received your consolation." (Lk 6:24); "He entered the temple and began to drive out those who sold and those who bought in the temple, and he overturned the tables of the money-changers and the seats of those who sold pigeons" (Mk 11:15). How can we forget the parable of the rich man and Lazarus (Lk 16: 19-31) who ended up in hell?

Let's try and provide some responses. Firstly, the poverty explicitly asked for by Jesus is of a spiritual nature, not material poverty. This means detaching our hearts from material goods, or better yet, having the proper attachment to them while giving priority to God. Indeed, an inordinate emotional attachment to one's possessions can also affect the poor. Not even the poor are immune from sin in this regard. When Jesus lashes out against wealth and the rich, he does so not because material possessions are an evil in themselves, but because they may become obstacles to salvation (as in the parable of the rich man). The possession of material goods is only one among many instruments that can used for one's salvation and for the salvation of others.

Secondly, every believer must live spiritual poverty, but the way in which he or she will live out this Gospel wisdom will be deeply personal and not universally binding. Thus, there will be those who, according to what God in conscience asks them to do, will give everything away to the poor (like St. Francis did); there will be those who will give away only a portion of their assets; and then there are those who, out of necessity, will be unable to give away anything but, like everyone else, will have to live detached from the material goods in their possession. It is, therefore, a question of one's personal calling. Likewise, all of us are called to purity, but consecrated persons and married persons are called to exercise it to different degrees. It is the same goal, but with a different path to reach the same end. Therefore, concerning the apostles, they pooled everything they owned because that was the way God wanted them to use their goods. Likewise for St. Francis and the rich man of the parable: God asks them not to possess anything essential, but it is a request made to them ad personam. It is not addressed every single individual. Therefore, communism understood as a moral duty (which one day might well be a spontaneous gesture) requiring everyone to place everything in communion with everyone else has nothing to do with Christianity.

It goes without saying, then, that it is a moral obligation to help those who are most in need. But to do so, is it really necessary to deprive oneself of what is necessary to live? Let's read what St. Thomas Aquinas had to say: “A thing is necessary in two ways: first, because without it something is impossible, and it is altogether wrong to give alms out of what is necessary to us in this sense; for instance, if a man found himself in the presence of a case of urgency, and had merely sufficient to support himself and his children, or others under his charge, he would be throwing away his life and that of others if he were to give away in alms, what was then necessary to him. […] Secondly, a thing is said to be necessary, if a man cannot without it live in keeping with his social station, as regards either himself or those of whom he has charge. […] Yet it would be inordinate to deprive oneself of one's own, in order to give to others to such an extent that the residue would be insufficient for one to live in keeping with one's station and the ordinary occurrences of life: for no man ought to live unbecomingly.” (Summa Theologiae, II-II, q. 32, a. 6 c.). Therefore, what is necessary not only refers to mere existence, but also to a dignified life. We could therefore rid ourselves of all possessions and live under bridges, but this would not be morally licit and, therefore, would not be  Christian behaviour. Moreover, when living in such a state of poverty, we would oblige others to help us remediate our condition, triggering a perversely vicious and absurd circle of reasoning.

Jesus does not appreciate misery. Rather he wants the poor to rise out of it. Jesus dwelt among the poor so that they will not remain as such. If poverty were a virtue, it would be difficult for us to understand why we fight so hard to eradicate our world of material poverty. If material poverty were the sure and certain ticket to enter the Kingdom of Heaven, it would be foolish to try to uplift anyone out of poverty: it would be best to leave them poor. Moreover, it would be contradictory, on the one hand, to assert that there is an obligation to become materially poor and, on the other, to try to pull the poor out of poverty.

Moreover, if everyone were materially poor, there would be no businesses, industries, hospitals, or law enforcement. It would no longer be possible to build roads and bridges. Scientific research would come to a halt, and so forth. In short, everything that is necessary for the survival of a nation and for our daily lives would vanish. In addition, civil society would fall into a state of social anarchy.

But the media do not care about these distinctions.  It must be said that all they really care about is borrowing words from Pope Francis's homily so that they can “flavour them up” in some appetising communist sauce. 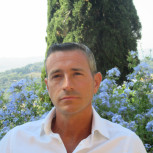