Portugal's president has decided to refer to the Constitutional Court a law recently passed by Parliament that allows for the killing of the sick. In his opinion, the legislation is unconstitutional. In any case, there are several possible outcomes to its passage, including a presidential veto. Meanwhile, the pro-life world is rejoicing. 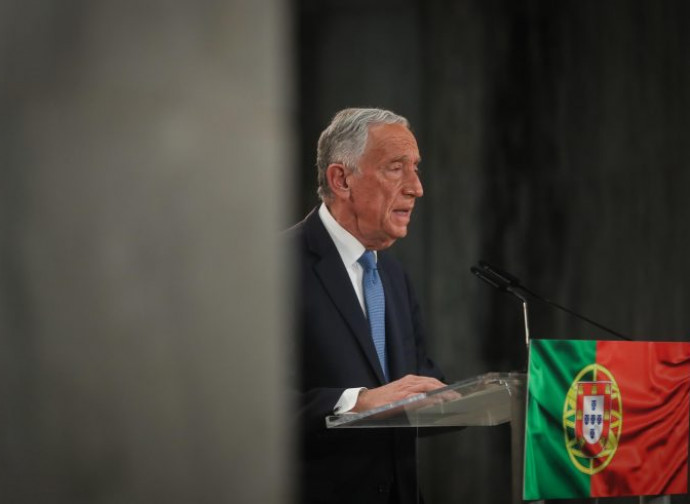 On February 18, the Catholic president of Portugal, Marcelo Rebelo de Sousa, decided to defer to the country’s Constitutional Court euthanasia legislation approved by Parliament at the end of last January.

It is significant that the president decided to refer to the Constitutional Court on the same day that the bill arrived on his desk for signing into law. Among the possible choices, Rebelo de Sousa’s decision was the one hoped for by religious leaders and the many pro-life and family associations that had collected hundreds of thousands of signatures calling for a referendum to repeal the law, a possibility rejected by the parliamentary majority. The opportunity to assess the law’s constitutionality in advance of any decision taken by the president might lead to its rejection by judges for violation of constitutional provisions and, consequently, a suspension of discussion on this issue until at least the next legislature.

Among the 13 issues on which Rebelo de Sousa has requested a constitutional review, doubts were raised concerning the generality of the law’s core norms and measures (art. 1, 2, 4, 5, 7, and 27). His questions also concerned "whether the specific regulation of medically assisted death introduced by legislature is in accordance with the Constitution, particularly in a matter that is at the heart of our rights, freedoms and guarantees as citizens within a framework of human dignity since it involves the right to life and the freedom to limit it," he stated. Moreover, he said the concept of "intolerable suffering," is subjective and, therefore, not scientifically and objectively definable by doctors (point 6). The subjectivity also applies to the term "definitive injury" which may not even mean “terminal”, since it is far too generic and imprecise. We must bear all this mind and without forgetting, writes Rebelo de Sousa, that insufficient clarity “doesn't appear to comply with the constitutional requirements of the right to life and the dignity of the human person nor with any legal certainty (point 9) nor could its regulation (once it becomes law) in any way make up for the bill’s legislative and constitutional shortcomings (point 13).”

In brief, as a final blow to the law, the President Rebelo de Sousa said  "legislators have created a situation of legal insecurity that should be avoided at all costs in such a sensitive matter. This uncertainty affects everyone involved: petitioners, health professionals and citizens in general who are thus deprived of clear and certain governance on such a complex and controversial issue (point 14).” Among the three options available (approval, referral for Constitutional Court review or veto which can be overridden by a second vote of consent), Rebelo de Sousa chose the one suggested by the country's leading jurists, physicians, bishops and religious leaders who in recent months had repeatedly stressed the bill's unconstitutionality.

The Portuguese pro-life and pro-family community rejoiced at the news of the president's decision.  Antonio Torres,  Vice President of Portugal's Federation for Life, told the Daily Compass in a statement: "We are happy with the Portuguese president's decision to send the euthanasia law to the Constitutional Court which now has 25 days to issue its judgment. The president's request is very detailed and specific. He makes a brilliant exposition of the reasons for stating its unconstitutionality. In so doing, the president has not only acted in accordance with his constitutional duties (as guardian of our Constitution) but has also echoed the Portuguese people's demands for rejection of the law. Now we will have to wait for the Constitutional Court's ruling, which may result in three possible scenarios, namely that: no norm prescribed by the law’s text is unconstitutional (very unlikely to happen); some of its important norms are clearly unconstitutional (in which case it will be very difficult for the law to be amended, even if Parliament attempts to modify it); or that some of its "minor" norms are unconstitutional (thus allowing Parliament to amend them). Whatever the outcome, our president can always veto the law (based on his political judgment), which however may be overridden by Parliament by obtaining simple majority vote. Pray for us."