Pope Frances’ visit, a ray of hope for Iraq

From the 5th to 8th March Pope Francis will be in Iraq, barring last-minute impediments. His trip brings him to a country still hostage to internal and international conflicts, and with a decimated and persecuted Christian community. The Pope has no magic wand but everyone is expecting him to pronounce words of truth and justice that hold the strength of the Word of God; a cry that calls the oppressors to conversion. 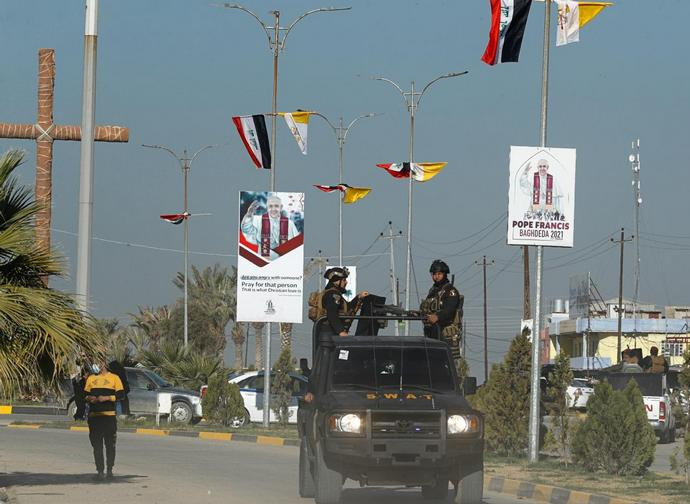 Right from the moment, this messenger of peace, Pope Francis’ feet touch the soil of Mesopotamia, a historic event will begin, a dream will finally come true, and a new spring will begin.

It is no secret that Iraq today is full of crises and disasters, ethnic and religious divisions and persecutions, after many years of bloody wars, and endless conflicts. In Iraq, human rights and religious freedom lack, work and peace lack! The Iraqi authority itself lacks freedom, being hostage to internal militias, but also to regional and international forces, above all from its neighbours such as Iran, Saudi Arabia and Turkey.

This is the Iraq where Pope Francis will arrive in a few days. And we ask ourselves: what significance can this visit have in these hard and resigned times of conflicts and pandemics? What can the first visit of a Supreme Pontiff to Iraq change?

The Iraqi people and all men of goodwill do not want the first visit of a Supreme Pontiff to a land known as the Cradle of Civilisation to be exploited by the authorities - political and religious - and used as a trump card to continue their selfish strategy, which has produced nothing but conflicts, wars, blood, poverty and misery.

We all know that the Holy Father has no magic wand, nor military powers and armies. The only thing he has is the word, which is not just any word! It is the word of truth and justice, an evangelical word, a word of solidarity with the oppressed and of condemnation against the oppressors, a word that invites criminals and political, military and religious leaders to penance and conversion, a word that takes its extraordinary strength from the Word of God: “Indeed the word of God is alive, effective and sharper than any double-edged sword; it penetrates to the point where soul and spirit divide, to the joints and marrow, and discerns the sentiments and thoughts of the heart "(Heb 4:12).

The Iraqi people and all people of goodwill do not want the first visit of a Supreme Pontiff to a land known as the Cradle of Civilisation to be exploited by the - political and religious - authorities and used as a trump card to continue their selfish strategy, which has produced nothing but conflict, wars, blood, poverty and misery.

The Iraqi people and all people of goodwill, instead, want the first visit of a Supreme Pontiff to Mesopotamia to resound like Saint Pope John Paul II’s cry against the Mafia in his home country, saying with clarity, anger and extraordinary strength: «This people, Sicilian people, so attached to life, a people who love life, who give life, cannot always live under the pressure of a contradictory civilisation, a civilisation of death. Here we need a civilisation of life! In the name of Christ, crucified and risen, of this Christ who is life, the way of truth and life, I say to those in charge, I speak to those in charge: convert! One day the judgment of God will come! " (Homily of John Paul II, Agrigento - Sunday, 9 May 1993).

Cardinal Filoni - who was Apostolic Nuncio in Iraq during the last American invasion in 2003 - summarised the history and the current situation of Iraq beautifully with poetic and prophetic words, saying: "The history of this land is an intertwining of people and events. And that of today does not disregard that of yesterday. Some aspects seem to repeat themselves: the invasions of Mesopotamia, the terrible wars that soaked it in blood, the despotisms that raped it, the greed that devoured it. Grandeur and misery, destruction and looting, kidnapping and redemption, love and death: everything has always existed here! The Bible speaks of it, the ruins say it, the sandstorms scream it, today's books and chronicles write it. Will there still be a good future for this country and its inhabitants? " (cf. Filoni, F., The Church in Iraq. History, development and mission, from its beginnings to the present day. Vatican City 2015, 234).

We pray and hope that there really is "a good future for this country and its inhabitants", and above all for its persecuted Christians, marginalised and expelled from their homes and lands - and its other religious minorities - who are among its original peoples!

Finally, we thank the Holy Father Francis with all our hearts for his courage and determination to go and visit - like a good shepherd - his little flock, which is still under attack by rapacious wolves, who come in sheep's clothing ( cf. Mt 7:15).

Heartfelt thanks, dear Pope Francis, and we wish you a good trip. May the Lord bless you and Our Lady protect you on your Apostolic journey to the Land of Abraham.