Pfizer-FDA clash: third dose or first of a new series?

The third dose was never mentioned in the approved guidelines, but given what we have seen it is not surprising that Pfizer is insisting that it be approved. But third dose of what? If the protection guaranteed by the American giant is nine months, the third dose looks more like the first in a new series that will launch us into a permanent vaccination campaign. The stop by the FDA and the WHO will not stop Pfizer, aided by countries like Italy that already take a third inoculation for granted. 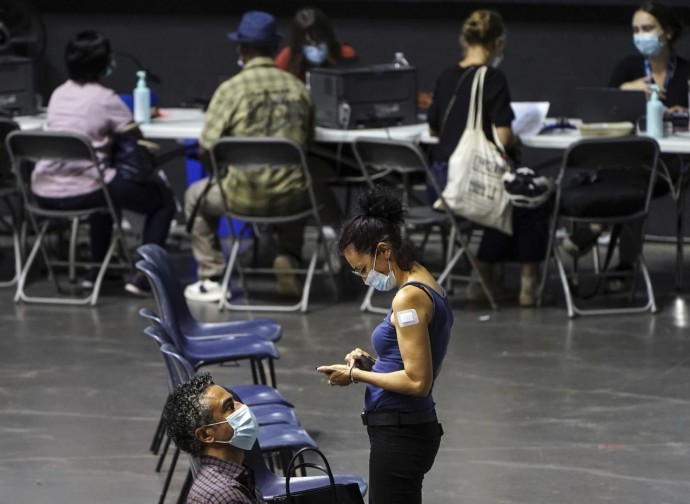 The vaccination campaign match against Covid is not yet over, and they’ve started with extra time, i.e. the third dose, is already being announced. The media have already begun to talk about it, and this means that they want to prepare the ground, they want it to be discussed, to be debated, to give voice first of all to those who would “clamour for it”, namely health workers vaccinated six months ago.

The third dose has never actually been mentioned in the approved guidelines, but in the context of an experiment such as this vaccination campaign, from changes in the timing of doses (don’t forget that we have gone from three to six weeks of spacing between the two doses of Pfizer) to the mix of different vaccines. No surprise then if we were to see the introduction of a third dose. But third in what series, and of what vaccine? Certainly not Johnson’s, which only advocates one, nor AstraZeneca’s, which seems content to see the doses already paid for and delivered run out and then disappear, given the unpopularity of the Anglo-Swedish product. The third dose is a proposal from Pfizer, and has already been submitted to the competent authorities, the FDA in America and the EMA in Europe.

But these very authorities have so far put the brakes on the proposal. According to their experts, it is too early to say with certainty that the antibodies developed with the disease, or following the administration of the immuniser, and the immune memory at cell level will disappear after just one year. This is an obvious but necessary assertion, since the duration of immunisation has yet to be proven.

On the other hand, right from the start of vaccinations, Pfizer’s technical data sheet guaranteed protection of around 9-12 months. That is to say, that of a flu vaccine. It was clear from the outset that the intention was to make this vaccination an annual one, and to repeat it in future years. If this were the case, the third dose would certainly not be the last, but the first in a long series. However, the evidence of continuing immunity in people who have been ill for 15-16 months is raising serious doubts about whether the Covid vaccination campaigns should be continued indefinitely.

The Food and Drug Administration has therefore replied to Pfizer that Americans who have already received two doses should not undergo a third administration, despite the spread of the new variants. The European Medicines Agency (EMA) took the same position, stating that it is too early to confirm whether and when a booster dose will be necessary for Covid-19 vaccines, because there is not yet enough data from immunisation campaigns and ongoing studies to understand how long the protection from the vaccines will last.

And even the WHO has said that it is not known at the moment whether booster doses will be necessary to maintain protection against Covid-19, at least until data are collected to prove the need. In short, a (finally) cautious attitude. But Pfizer does not seem to be giving up, nor is it content with the hundreds of millions of doses already produced, and it is also finding supporters for the third dose hypothesis. Obviously in Italy, the country of vaccination extremism.

“The third dose is nigh, but we still don’t know when”, said the director of prevention at the Ministry of Health Gianni Rezza during the press conference on the weekly monitoring of Covid data, explaining that more data are needed. That expression “is nigh” is curious: a fatalism, a determinism that is not very scientific and very fideistic. So it is, if you think so. It is so because it has to be so. What about epidemiological studies? The trials? Nothing: it is the destiny that must be accepted obediently.

Pfizer also has an important card to play: the third dose would also protect against the Delta variant, the one on everyone’s lips thanks to media campaigns. Only the Delta, you might ask? What about the Epsilon, the Lambda and so on? They’re not mentioned, but never mind. The Big Pharma giant has been concentrating on Delta, and would have a new vaccine ‘adapted’ to the variant ready. But if this is indeed the case, it would not be a ‘third dose’, but a first dose of a new vaccine.  Not a reinforcement dose, therefore, but in this way - as well as opening up a new line of experimentation - there would be a clear contradiction with the request made to the American FDA, which instead is precisely that of a booster with the same vaccine as last year, in order to reinforce the antibody response.

So what is the motivation for the third dose? To cope better with the variants, or to confirm the immunisation already received? Perhaps neither. It is not scientific, but responds to the purely bureaucratic concern to update the regime’s Pass: the expiry date of the Green Pass is six months for those who have had Covid, and one year from the second dose for those who have had the vaccine. The new fear is that without the third dose the Pass will no longer be valid, and the hard-won ‘freedoms’ will be lost. So much for all the immunological discussions.