Peace between Israel and the Emirates, while Palestine troubles remain

It is no exaggeration to speak of an "historic" agreement between the United Arab Emirates and Israel. So what happens now? The Palestinian Authority is against it. It will never accept the presence of the Jewish nation of Israel. And all it needs is EU aid and UN legitimacy 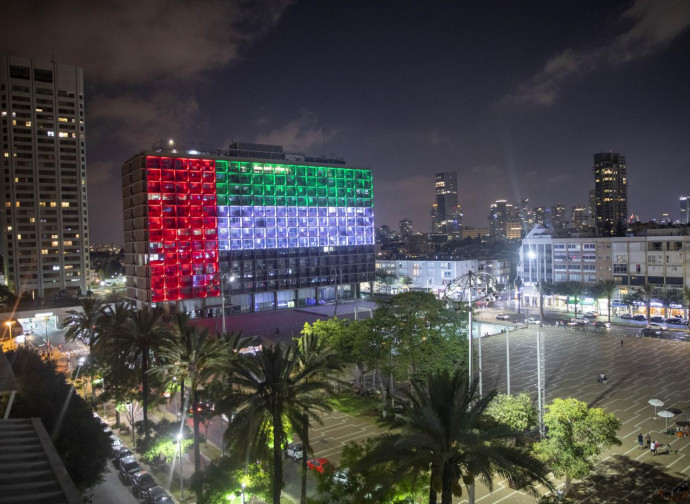 If politics - especially Italian politics - abuses the adjective "historic" for events of irrelevant, or at least of limited importance, even to go so far as to discredit it, we must admit that it was not wrongly used by U.S. President Donald Trump, the man who authored the agreement that sanctioned the recognition of Israel by the United Arab Emirates, as announced last Thursday. Because it came forty years after an identical precedent made during was an unforeseen trip  to Jerusalem (19-21 November 1977) by Egyptian President Anwar Sadat.

Egypt, the most important of the Arab and Muslim nations ,was defeated by the Jewish country of Israel in three separate wars. It had wanted to close the doors on conflict and open a future of peaceful coexistence via a treaty signed in Washington on March 26, 1979. This had tragic consequences, however: the assassination of Sadat and it proved disastrous with diplomatic isolation which was made worse by Arab contempt. Yet it avoided - and this is no small thing! - new wars. Fifteen years after the Kingdom of Jordan, another nation bordering Israel, followed the Egyptian example by signing a peace treaty at the White House on July 25, 1994.

The events of the last five decades can be summed up as repeated vain diplomatic efforts among the international community, above all by the Americans, to support birth of a Palestinian State alongside a Jewish nation. Failed efforts also concerned the strengthening of Palestinian extremism, including its military, in the Gaza Strip (by Hamas and Jihad militants) and southern Lebanon (Hezbollah forces) with the support of Iran and some Arab Gulf countries.

So what's going to happen now? The region is undergoing significant changes, mainly as a result of the long and great Syrian conflict and Iranian involvement, not to mention Turkish and Russian influence, together with ongoing U.S. interests in Israel. Threats and opportunities, of various kinds and delayed in their effects, are realistically present against the background of the ancient division within the Islamic world, that is, between Sunnis and Shiites. Israel is considered by many Sunni countries in the Gulf (which are engaged in a race for foreign investment and national ambition) as a positive,  highly developing, technologically advanced, and militarily reassuring reality. Because they are against a Shiite Iran and are close proximity to Israel (unlike the United States), it serves them well to view Israel more as a friend, and not an enemy.

Mossad, the powerful Israeli secret service, has moved in this direction among the Gulf States. This is quite a surprise. It is unusual and now explicit, thanks to the current head of Mossad, Yossi Cohen, and Israeli Prime Minister, Benjamin Netanyahu. Cohen was was honoured for "assisting in the development of ties" between Israel and these  nations, which he had visited several times and named the "the leading man" in building relations.

The United Arab Emirates, thanks to the agreement signed with Israel, plan to accelerate cooperation in all fields, not only diplomatic relations and healthcare to combat the current pandemic, but also in the fields of energy, water, environment, culture and security, air transport, tourism and telecommunications.  Above all, they want to stand "united with the United States" by launching, as Trump’s son-in-law, Jared Kushner and his advisor said, a "strategic agenda for the Middle East." It is predictable, but it remains to be seen, that other Gulf countries will follow the Emirates lead.

Will the other points of the agreement, those concerning the Israeli-Palestinian peace process, be implemented? Trump, while announcing a "enormous turning point for peace" said that, as a first consequence of the agreement, Israel has stopped its plans to annex some Jewish centres along the West Bank (namely in Judea and Samaria). This would have occurred at a time of extended sovereignty to major cities like Maale Adumin and Ariel and the small villages of the Gush Etzion, and which were the object of protests by the Palestinian National Authority. Benjamin Netanyahu, in confirming that the project of extending sovereignty "remains on the table", made it clear: "I have not changed my plan."

Interesting is the comment made by the United Arab Emirates’ Foreign Minister Anwar Gargash on the Palestinian National Authority (PNA) reaction. The PNA Foreign Minister strongly rejected the Washington agreement. He branded it as "treason" and "aggression against the people." Thus, he ordered the withdrawal of the Palestinian ambassador to the United Arab Emirates and called for an immediate meeting of the Arab League. "We expected to hear the usual racket," the minister said. "We suffer from it, but in the end we decided to go ahead, let it be done."

While President Trump believes that "the historic peace agreement between two great friends" of the United States was a "huge breakthrough" and that it will aid his difficult election campaign, it is based instead on the persistent refusal to follow the path of cooperation with Israel and contempt for the opportunity and privilege of being the first to enjoy it, as reiterated not only by the PNA, but also by the leaders of Palestinian extremist and terrorist organizations. The PNA and extremists foresee and hope for continuation of the paralysis of the peace process.

The Palestinians will never be able to accept an alien, and therefore enemy, territorial reality such as the Jewish nation of Israel. For them the path to follow appears to be that of maintaining complacency and continuing to receive aid from countries and bodies, in particular European ones, which have supported them up until now. They are satisfied with the consensus they enjoy in the international arena. Above all, they are content with UN resolutions which have  benefited  them as well as the various odd successes they continue to enjoy, such as the recent judgment made in the Court of Rome that accepted the complaints of two Palestinian associations in Italy (in Milan and Genoa) when stating that Jerusalem was not the capital of Israel.