“Plasma kills the coronavirus.” The therapy developed by the Immuno-hematology Institute of Saint Matthew in Pavia is encouraging. In this exclusive interview with The Daily Compass given at the end of his experimentation, director Cesare Perotti reveals the positive results: “The treatment works; at the moment no one has died; the USA has asked for the protocols.” But nobody is talking about it: “There are other interests opposing us, but we will address these after the scientific publication.” This is how the shared treatment works, by “using” volunteers who have recovered to help heal those who are sick. 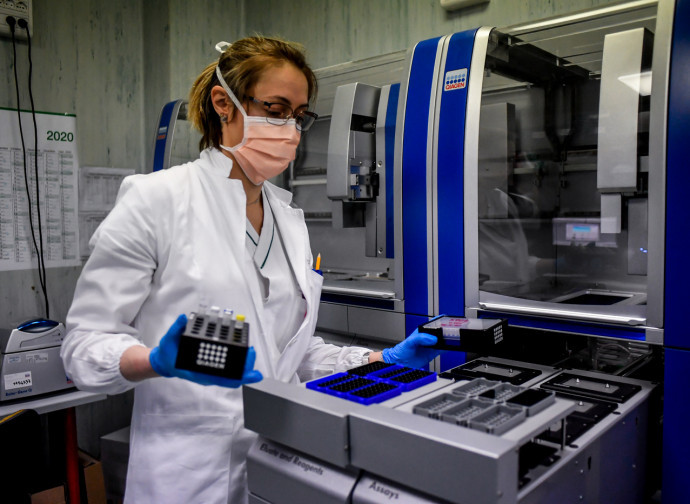 “It’s not Lourdes water, but it is giving encouraging results” – scientific prudence combined with justified hope. Is the cure for the coronavirus being discovered in Pavia? The answer is yes, even though before he can say this with certainty Professor Cesare Perotti must wait for all of the experiments with plasma therapy to  e completed. And of course then there will be the follow-up with the patients who have been cured and publication of the findings in a scientific journal.
“When will this happen?” we ask anxiously. “Soon, very soon.”

Pavia is the ancient capital of Lombardy, a junction between the old Roman world and the new Christian civilization. It is the city that contains the relics of Saint Augustine, a father of the first Europeans. And it’s here in Pavia that encouraging results are coming from a therapy that is fighting the accursed virus that has brought the Old Continent to its knees.

It is not a vaccine but a direct cure that specifically fights the virus. It is a therapy that is based on hyper-immune plasma and a methodology applied rigorously by the Immuno-hematology and Transfusional Medicine Institute of Saint Matthew, where Perotti is the director.

The city of Pavia started the experimentation a month ago at the Pneumologia of Carlo Poma of Mantua with work of Dr. Giuseppe De Donno. And now, despite the media’s silence, the city has become a critical junction on the international chessboard in the work of finding a cure for the coronavirus. “The Chinese came here at the beginning of the pandemic to share information with us  about plasma treatment, and now the USA has asked us for the protocols,” Perotti explained in this exclusive interview with The Daily Compass just as he was finishing the experimentation. He will now proceed with analyzing the results and officially publishing them.

Professor, your colleague in Mantua has said that not one patient who was treated with plasma died.
It seems that this is true.

Why do you say “seems”?
Because we need to follow up these patients. But for now, the answer is affirmative. How would you generally describe the results that you cannot yet speak about openly?Encouraging. In order to have scientific validity we needed at least fifty patients, and we have now reached our goal.

Can you tell us what percent of these people were healed?
No, I cannot run the risk of engendering false hopes, but I can say that the results are positive. For the moment we are limiting ourselves to saying that the experimentation has been completed.

Are we talking about people being healed or just improving?
Both.

Help us to understand the treatment: it means taking plasma from people who have been cured, about 6-7 plasma transfusions each day.
Exactly, hyper-immune plasma.

And then?
The collected plasma is tested so as to meet the legal requirements of the national blood center, frozen, and finally infused into the patient.

It sounds simple…
Well, it’s easy to explain, but technically it’s not simple at all. There is an enormous amount of laboratory work and clinical analysis behind it.

Are we talking about patients who have naturally developed antibodies after being healed?
Yes, there are immuno-globulins in their plasma. We take the blood, the separator extracts the plasma, and then we begin the treatment.

So it sounds like we are talking about a very short treatment period, perhaps less than 48 hours, leading to amazing results.
I can’t talk about it yet. But I can say that unlike all of the other treatments that have used anti-inflammatory or anti-coagulant drugs, this treatment attacks the virus directly.

How is it different from a vaccine?
This is a passive treatment, because the antibodies are taken from one person and infused into another person. But it does its job, which is to kill the virus.

After the treatment, does the patient develop his own antibodies?
In order to answer this question, we must wait for the follow-up with the patients treated and see if, when they are completely cured, they have developed their own antibodies.

Why is there so much talk about a vaccine and much less talk about this therapy that is so much more accessible?
It’s true that very little is said about it, and I believe this is for many reasons that have all sorts of implications.

What sort of implications?
Either of knowledge or some other interests, but I cannot speak about it. But it is true that not all laboratories have the capability of developing this technique.

Your colleague has said that plasmatherapy is a democratic cure because those who are healed contribute to helping cure other people who are sick.
It’s true, I would call it a shared cure, but I do not want to speak about these things, even though I would like to. At any rate, it is difficult to choose donors, because not everyone who survives Covid-19 has this type of antibody.

In the meantime, however, Americans are following your lead…
And the Chinese shared their information with us.

Some Chinese experts spoke about the plasma cure a few months ago, but then suddenly all talk of this treatment seemed to disappear…
In China they cured over 1000 patients this way. A delegation of medical experts came to us directly from Wuhan; I personally welcomed them.

What does the National Health Institute say?
I don’t know; perhaps we can talk about this after we publish the scientific results.

Does the treatment have any side-effects?
The same as a normal plasma injection, although greatly reduced.

Which are?
Skin rash and fever.

How long will publication take?
A short time, very short.

It seems that you are very satisfied with the results but that you don’t want to go overboard with being optimistic.
Yes, we are very content, because everything has gone very well, but we are scientists. We are taking one step at a time.