“Parents have the right to education.” Hungary defends itself from EU

“The question can be formulated as this: who has the right to decide what kind of sex education their children should receive? We believe this is the right, first and foremost, of the child’s parents.” Nemeth Zsolt, President of the Foreign Affairs Commission in the Hungarian Parliament, explains to the Daily Compass the meaning of the law which Ursula von der Leyen has labelled as “anti-LGBT” discrimination. A perfect storm is concentrating on Budapest in the European Commission made of legal, and since yesterday, economic pressures. Yet, Hungary not only vindicates member states rights to autonomy, it insists on the freedom of education. 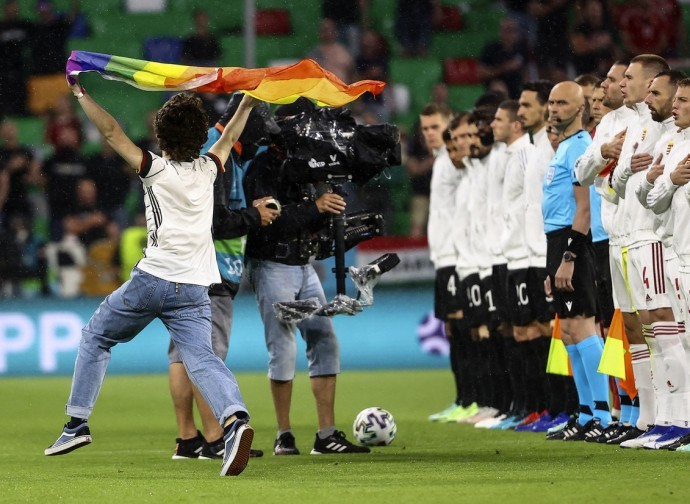 To say that Hungary is "is being kept under close watch" by the EU is no exaggeration. These days it could even be considered an understatement. Just as declarations rage against the Hungarian sex education law which was immediately renamed "anti-LGBTQ", the EU suspended the Recovery Fund destined for Budapest. Two crises on two different issues, but with suspicious timing to which is added the football punishments against the Hungarian national team, whose fans are accused of anti-sports, racist and homophobic behavior (other fans have behaved worse, but have not made the news). Last week, Ursula von der Leyen used strong words against Budapest, calling its new law "shameful".

Whereas very important values ​​are at stake for the future of the EU and its respect for non-negotiable principles. Who should legislate on issues concerning the education of minors: the national parliament of a member state or the EU Commission? The EU has carved itself out a right to intervene because it believes that the Hungarian law, "equating LGBTQ education with pornography", prohibited to minors, is discriminating against a section of the population and therefore must be condemned on the basis of fundamental principles of equality. But the Hungarians are asking: who, at this point, should educate their children, parents or the state school? In fact, they are universal battles, which today are being fought in the Hungarian case, but which concern us all, very closely.

Yet, while the EU unleashes it’s fury on Hungary, we almost always hear only one side of the story, the one aligned with Brussels. The Daily Compass, however, interviewed Hungarian MP Nemeth Zsolt, from the majority party Fidesz, President of the Foreign Affairs Commission in the Hungarian Parliament and head of the Hungarian delegation to the Council of Europe.

Honourable Zsolt, the first accusation Ursula von der Leyen, President of the European Commission, made against Hungary is it’s promoting discrimination against LGBTQ people. Does the law really contain discriminatory norms?This law is not about adults. What they do is their private affair and a question of personal freedom, and Hungarian law protects their right to this freedom. The law in question is exclusively about people under eighteen. The question can be formulated as this: who has the right to decide what kind of sex education their child receives? We believe that this is the right, first and foremost, of the child’s parents. They must be aware of the influences their children are exposed to and must be in a situation in which they are able to decide whether or not they want to allow their children to be exposed to such influences. This is in accordance with the Charter of Fundamental Rights of the European Union, which explicitly states that parents have the right to education «in conformity with their religious, philosophical and pedagogical convictions». The progressive-liberal view, on the other hand, is that NGOs should be allowed to conduct LGBTQ propaganda at very early age, even in nursery and elementary schools. We have no problem with that: it is about their children, it is their responsibility. But we will not allow these rainbow activists to, as they say, «sensitise» our children.

Ursula von der Leyen stated: «I strongly believe in a European Union … where you are free to love who you want, and I believe in a European Union that embraces diversity». The Hungarian Constitution defends marriage and natural family in its core principles. Are these principles in conflict with those of the EU?
The Hungarian constitution is probably one of the most thoroughly scrutinised constitutions of the world. The Council of Europe’s prestigious Venice Commission published its opinion on the constitution’s latest amendments just two weeks ago, and found no discrimination in the provisions relating to the upbringing of children. Whenever there is a legal test, we easily pass them. These are nothing but purely political attacks.

Von der Leyen also stated: «I will use all the powers of the Commission to ensure that the rights of all EU citizens are guaranteed, whoever they are and wherever they live». What kind of reaction is Hungary expecting from the EU?
By that she refers to, in my understanding, an infringement procedure, as this is the only legal means available to the Commission. The Commission will inform us of its objections, with which we most probably won’t agree, and then they will turn to the Luxembourg Court. Whatever its judgement, we shall implement it – we always do. But I am not concerned about this, education is the exclusive competence of the Member States.

At the moment, there are discussions about suspending the Recovery Plan for Hungary. Do you think there is some connection between the two matters?
These talks are ongoing, we have to wait for the outcome. But we have certainly experienced a more conflict-seeking attitude from the Commission lately.

Hungary is not the only country being contested by the EU Commission, there is also Poland.
Poland is the most important player in Central Europe which gives 60 per cent of the population as well as of the GDP of our cooperation, the Visegrád Four. It is no surprise that it is in the crosshairs.

How can the Subsidiarity Principle within the EU be defended given the present-day correlation of forces?
There is a very important ongoing debate about the future of the European Union, in which Prime Minister Orbán has laid out a clear seven-point programme. The main problem is that many of the institutions of the European Union, most notably the Parliament, represent not European or national interests, but only the institutional interests of their own, and consequently see the establishment of the European empire as an end for its own sake. But the modification of the treaties requires unanimity, so we too will have our say.