Recent statements, in Italy, by the president of the Pontifical Academy for Life on abortion have caused scandal and controversy. But these are not extemporaneous remarks, rather there is a precise intention to transform the entire moral doctrine of the Church. Monsignor Paglia is only carrying out the task entrusted to him. 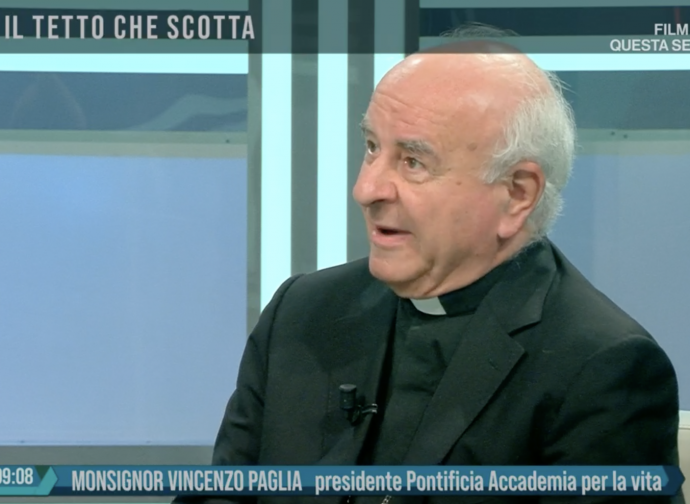 In recent days on Italian public television channel Rai 3, Monsignor Vincenzo Paglia, president of the Pontifical Academy for Life, made statements that provoked a heated controversy. Speaking about abortion, and in particular Law 194, which made it legal in Italy in 1978, Paglia declared: “I think that Law 194 is now a pillar of our social life”. And shortly afterwards, he further reassured the journalist interviewing him by saying that a reform or repeal of the law “is not under discussion”. The scandal and controversy provoked by this statement, including the call for his resignation, is more than understandable, not least because this statement is the culmination of a series of ambiguous interventions on the issues of bioethics and Catholic moral doctrine, by him or his collaborators at the Pontifical Academy for Life, as happened recently on contraception.

Let us take a step back. In 2019, a few days before Francis closed and transformed the John Paul II Institute on Marriage and the Family, established by John Paul II himself, removing it from the Pontifical Lateran University and basing it in the Pontifical Academy for Life under the 'guidance' of Chancellor Monsignor Vincenzo Paglia, the Dictionary on Sex, Love and Fertility, edited by José Noriega together with René and Isabelle Ecochard, was published. It was a ponderous and important work, which practically reproduced the Church's teachings on the subject. This publication had seemed like John Paul II‘s swan song, the last legacy before the new course that even then could be confidently predicted to be very different and, in fact, contrasting. As soon as Paglia had the John Paul II Institute in his hands, he attempted to block the distribution of the Dictionary in bookshops, and thereafter the new John Paul II Institute gradually broke off all editorial collaboration with the old publisher, including the publishing of the Institute's magazine "Anthropotes".

The attempt at damnatio memoriae depended on the fact that the Dictionary reproposed traditional and imperishable Catholic doctrine on the meaning of the sexual relationship between husband and wife and argued the unchangeable character of the moral teachings of Paul VI's Humanae vitae. Augusto Sarmiento dealt with the doctrinal authority of Humanae vitae (pp. 464-469), the one that Paglia wants to empty of meaning these days; Alfonso Fernàndez Benito expounded the contents of the earlier magisterium (pp. 470-476) and Juan Andrés Talens Hernandis those of the later magisterium (pp. 476-482): the result was a perfect continuity between before and after. The three 'entries' of the Dictionary clarify without a shadow of a doubt the unchangeability of the teachings based on the following principle: "human sexuality, characteristic of the language with which spouses relate in the marriage act, has two fundamental meanings - the 'unitive’ meaning and the 'procreative’ meaning - between which there is an inseparable connection, which God willed and which man cannot break of his own accord" (Humanae vitae, 12).

The Dictionary made it clear that there are moral norms with permanent and universal validity, that the existence of these norms is also a revealed truth, that on this specific issue Paul VI clearly expressed the willingness to teach proper to his apostolic ministry, that his teachings confirm all previous ones and have been confirmed by all subsequent ones up to yesterday. The unmodifiableness of teachings does not only occur in ex cathedra pronouncements.

Also published in the same Dictionary was an entry by the author of these lines (pp. 489-494), in which the 'social' dimension of Humanae vitae and its teaching on contraception was emphasised, a teaching that concerned moral doctrine but also concerned the Social Doctrine of the Church. This is an important point, because by denying and revising the teaching on contraception, one ends up, on the one hand, denying the very basic presuppositions of moral theology, such as the fact that man has a nature and that he is not just history, and one ends up, on the other hand, making the Social Doctrine of the Church impossible, since society begins with the married couple.

If at that point in the emergence of sociality (the unitive purpose) and society (the procreative purpose) it is possible to substitute the eternal norms of nature, confirmed and purified by revelation, with a human instrumental technique, then society either does not come into being or is born of mutual violence rather than acceptance. If the two relate according to their own desires, then no couple is born in the sense of a new reality superior to the components, only an instrumental juxtaposition is born; if the two relate according to a norm that is unavailable to them, if they understand that they 'are constituted' as a couple and not that they 'have constituted themselves as a couple', then every subsequent social relationship is saved from violence and instrumentalisation.

Since Bishop Paglia has been at the head of the Pontifical Academy for Life and, above all, since he has been at the head of the new John Paul II Institute, now called “for the sciences of marriage and the family”, one loses count of his utterly contradictory interventions with the Church's traditional doctrine and his machinations, such as the fight against the Dictionary mentioned above, the ad hoc appointments in both the Academy and the Institute, up to his miserable tweets later withdrawn. ‘Traditional’, as we know, does not mean 'old' or 'outdated', but always alive because it is always the same.

If Monsignor Vincenzo Paglia has been put there and if he is kept there, it is because it has been decided to transform the entire moral doctrine of the Church, including its Social Doctrine. No course correction will be asked of him, nor will he be asked to resign.