Archbishop Matthew Hassan Kukah criticises the ongoing violence in Nigeria and President Buhari’s silence on the matter. He condemns the plague of kidnappings with the disappearance of hundreds of boys and girls. Also Fr Luke Adeleke died in such an attack. 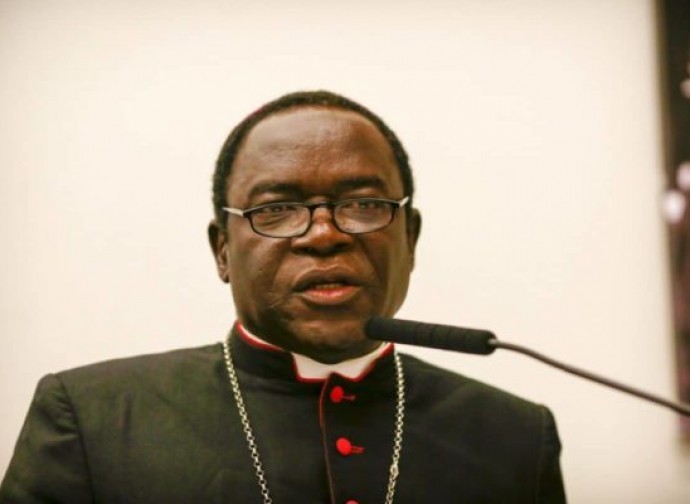 It takes courage, especially in certain places, to publicly accuse the government and its head of state of not giving value to human life, instead of refraining, like many, to deploring violence and tyranny without naming names. But Monsignor Matthew Hassan Kukah does not lack courage. The Catholic bishop of Sokoto, Nigeria, in his Christmas message asked President Muhammadu Buhari to account for the unsustainable level of violence that devastates the country, and it’s not the first time.

"The silence of the federal government - says Monsignor Kukah - only feeds the ugly beast of complicity in the deeds of these evil people who have suspended the future of entire generations of our children. (...) Does the President of Nigeria not believe he owes us an explanation and answers: when will the abductions, kidnappings for extortion, the brutal, senseless and endless massacres of our citizens end? When will our refugees from Cameroon, Chad or Niger return home? We need urgent answers to these questions ".

Monsignor Kukah, who lives in one of the twelve northern states with a Nigerian federation Islamic majority, speaks above all about the dramatic situation of the inhabitants. In the north east, they are persecuted by jihadists, who rage against Christians and the Muslims who do not strictly respect the Koranic law, and are threatened in the region by violent armed groups and common criminals who act almost undisturbed: “A catalogue of unprecedented cruelty has been unleashed on innocent citizens across the northern states. In their sleep, on their farmlands, in their markets, or even on the highway, innocent citizens have been mowed down and turned into burnt offerings to gods of evil. Communities have been turned into gulags of misery, death, pain, and perfidy”.

While deaths are reported daily and the security situation continues to deteriorate, the government appears to have chosen to ignore the fate of Nigerians, abandoning them to the clutches of evil. It is clear, Monsignor Kukah insists, that President Buhari’s administration no longer values the sacredness of human life: "Nothing expresses the powerlessness of families like the silence of state at the federal level. Our over one hundred Chibok Girls are still marooned in the ocean of uncertainty. Over three years after, Leah Sharibu is still unaccounted for. Students of Federal Government College, Yauri, and children from Islamiyya School, Katsina, are still in captivity. This does not include hundreds of other children whose captures were less dramatic. We also have lost count of hundreds of individuals and families who have been kidnapped and live below the radar of publicity”.

The Chibok girls are the 274 students, almost all Christian, kidnapped in 2014 by the jihadist group Boko Haram for which the world was averted to no use. Certainly, over time many have been freed, but more than a hundred are still missing: perhaps dead, perhaps forced to blow themselves up in markets and bus stations to create panic among the population, perhaps living and forcibly married to jihadists. Leah Sharibu is one of the 109 students who was kidnapped by Boko Haram in February 2018. She is the only one who was not released because she is a Christian and refused to renounce her faith and convert to Islam. The other kidnappings mentioned by Monsignor Kukah have occurred, and persist, in the Northwest States. In the case of the students, there are now at least a thousand children who have been kidnapped from various schools for the purpose of extortion.

Kidnapping has long been a national scourge. Father Luke Adeleke, pastor of the church of St. Anthony in Ijemo Fadipe, in the state of Ogun, at the southern end of the country, also became a victim on Christmas Eve. As Fr Gregory Fadele told Fides, director of social communications of the diocese of Abeokuta to which Father Adeleke belonged, "Fr Luke had just celebrated the Eucharist for the community and was returning home. There was an 11-year-old boy with him who fortunately was unharmed. At one point, on the road that coasts the forest, some bandits started shooting probably for an attempted kidnapping. We assume that they wanted to shoot the tires of the car, but instead the bullets hit the priest in both legs. Father Luke began to lose a lot of blood. He was very weak but managed to drive to the hospital, but when he arrived he was already dying".

Several other priests have been kidnapped in Nigeria and most were freed, but it is still unknown whether a ransom was paid or not. “In general, the kidnappers operate online - explains Don Fadele - and, when they catch sight of a car in which they presume the person, if kidnapped, can be ransomed, they attack. Recently, the situation has worsened, they attack anyone, regardless of the type of car or the alleged economic well-being of the driver. In large cities, apart from the northern area where Boko Haram is active, kidnappings are quite rare. The problem is found outside the city, in the forest areas, or on the roads that connect the cities to the more peripheral areas. In these areas kidnappings are more frequent”.
Father Adeleke's funeral took place on December 31 in the Cathedral of Saints Peter and Paul of Adatan, in the diocese of Abeokuta. He was only 38 years old.

Whereas, President Buhari has reacted very strongly to Monsignor Kukah's appeals accusing him of having distorted the facts and stating that the situation in the country is nowhere near as critical as he claims. In a statement last April, Presidential spokesman Garba Shehu said Monsignor Kukah‘s criticisms of the president were "ungodly" and ideological.