Opioid deaths increased in the first three months of 2020 in the United States. From 1999 to 2017, opioid overdose deaths totalled nearly 400,000. The extremely potent fentanyl and others are ranked 5th in causes of preventable deaths. And there is the suspicion that existing users may step up their use if they test positive for Covid. 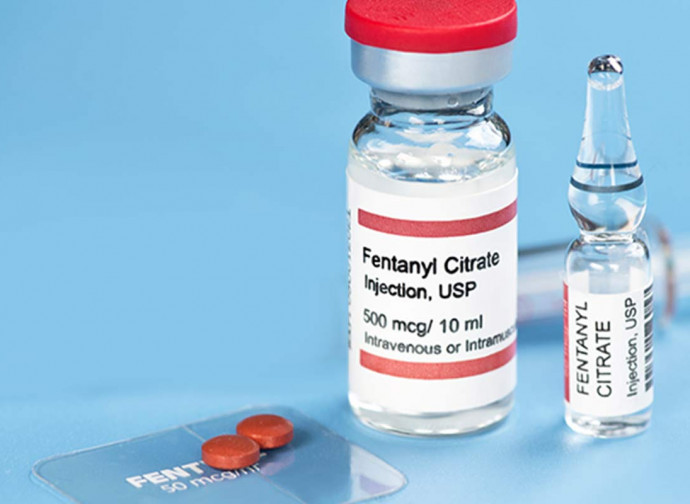 The opioid crisis in the US is still in the news and is growing in parallel with the Covid-19 epidemic. The misuse of opioids probably has its roots in the 1990s in the USA. In fact, at the time, pharmaceutical companies excluded the risk of opioid addiction: they are now paying heavy fines for this. Doctors began prescribing them in large quantities to all those who had any kind of pain. The widespread use and then misuse and abuse of prescription and non-prescription opioids (morphine, codeine, oxycodone, methadone, tramadol and fentanyl) over the years would unfortunately take a very heavy toll.

Opioids are a very important resource for the management of severe pain, especially for short periods of time such as after surgery or in the case of cancer or chronic non-oncological conditions, but like all drugs they are not without risk, especially in the long term. In addition to the side effects of nausea, vomiting, depression, confusion, and drowsiness, the use of prescription opioids can induce tolerance to medication, increase sensitivity to pain, and can be physically addictive; outside the approved indications increased dosage can cause respiratory problems and even lead to death; the risk increases if alcohol and/or sedatives are added to the mix.

It is precisely because of the increase in overdose deaths over the years in the USA that there is talk of an opioid epidemic, one of the biggest public health problems of our time, at least in the USA, as many experts, including Trump himself, have recently called it. The US CDC identifies the increase in prescriptions for opioids, also used to treat pain such as that associated with osteoarthritis, arthritis or back pain, as the first wave of opioid overdose deaths. First heroin and then the spread of synthetic opioids, particularly fentanyl, are reported to have characterised the second and third waves of the epidemic in more recent times.

In total, from 1999 to 2017 almost 400,000 opioid overdose deaths occurred in the United States. Between 2000 and 2012, there was also a 5-fold increase in the number of babies with neonatal abstinence syndrome, i.e. babies born to mothers who had used opioids during pregnancy, with the risk of low birth weight and respiratory complications.

Overdose deaths are particularly linked to fentanyl (a substance that also scares Europe), heroin, and oxycodone, all of which are ranked as the most lethal opioids. Fentanyl is a drug approved as a very powerful analgesic: 80-100 times more powerful than morphine, 25-40 times more powerful than heroin, with 20 mg representing a potentially lethal dose. The main dangers are related to the illegal use of the substance, as it can also be found mixed with cocaine and heroin on the underground market. Naloxone, a very potent opioid antagonist, should always be available for those who overdose, but unfortunately it is not often available for use at home and out-of-hospital settings.

Deaths from drug overdoses particularly opioids have in fact increased by 10% overall in the first three months of 2020 according to data provided by the CDC in Atlanta, with California and Florida having a 20% increase over the same period in 2019. The opioid crisis is therefore still in the news and is increasing together and in parallel with the Covid-19 epidemic.

In the USA, opioid overdose currently ranks 5th in the list of preventable deaths, after cardiovascular diseases, cancers, chronic respiratory diseases, and for the first time it has overtaken deaths from traffic accidents. The problem could also occur in Italy and toxicology units sometimes deal with cases of problems related to opioid use, according to Prof. Mannaioni, Director of Medical Toxicology at the Careggi Hospital in Florence.

At one time opioids were prescribed in Italy only for the treatment of pain associated with tumours, but this is no longer the case; they are also prescribed for chronic non-oncological pain.  According to Prof. Mannaioni, pain therapy should follow the indications already contained in the WHO guidelines for oncology, with a scale model: once the type of pain has been identified, the first choices are for non-opioid drugs, whether or not combined with adjuvants, and only afterwards, if the pain is not controlled, the choice moves on to opioids, first the weaker ones and then the more powerful ones.

It may also be that the Covid-19 epidemic and all that it entails, particularly the related economic and psychological aspects, may lead those who are weaker or who suffer from pain-related diseases to increase their use of opioids, to seek them out on the black market and thus to reach a higher risk of overdose mortality. There is no evidence yet that Sars-Cov-2 infection can increase mortality from fentanyl or other opioids even at dosages accepted in the absence of infection.

*Director of the Tirelli Medical Group Clinic of Pordenone 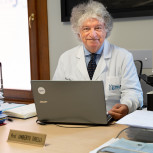