Obamagate: the suspicion Obama was spying on Trump

In the United States, Donald Trump has accused Barack Obama of conspiring against his administration in the final two weeks of the former president transitioning out of the White House. The closure OF the Michael Flynn case may mark the opening of a new one: Obamagate. The year that began with Trump's impeachment attempt is now evolving in ways no one would have imagined. 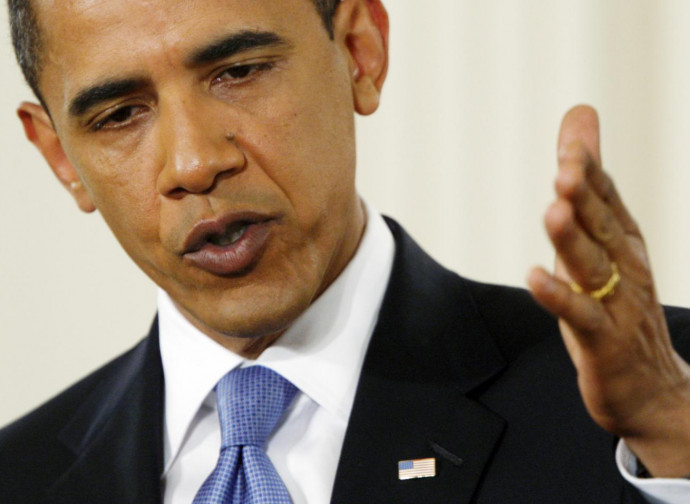 A presidential clash is emerging in the United States as Donald Trump has accused Barack Obama of conspiring against his administration in the final two weeks of the former president’s term in the White House. The closure of the Michael Flynn case may mark the opening of a new one: Obamagate.

General Michael Flynn, victim of Russiagate (the suspicion that Trump received help from Russia during his 2016 campaign), has now been exonerated. The United States Department of Justice has requested that charges be dropped against him. Flynn was not a Russian agent and he can longer be accused of lying to a public official. The 24 January 2017 interrogation on which the accusations were based has been judged too corrupt with the clear intention (explicitly seen in a written note) of inducing Flynn into lying. Meanwhile, more information is surfacing on who ordered Flynn’s interrogation and the entire investigation. There is an increasingly well-founded suspicion that former President Barack Obama, then still in office, wanted to frame the incoming Trump administration. Should this be demonstrated, it would end up being worse than Watergate, the scandal that brought Richard Nixon's presidency to an end, when in 1972 he was caught spying on the Democratic Convention during his election campaign.

As you can imagine, Donald Trump's Twitter account in the past few days has been boiling over: "the biggest political crime in American history;" "In his last weeks in office [Obama] has tried targeting incoming officials and to sabotage the new administration" ; "The Obama administration's justice department has been a shame, a betrayal. It's treason." What elements have emerged to accuse the outgoing administration of treason? The first is the same string of evidence that led to Flynn's request for acquittal (already been discussed in my other articles). In fact, the FBI's clear willingness to frame the suspect at all costs was made obvious, even if they were unable to prove that the then National Security Advisor had colluded with the Russians. There is written evidence that the case was already considered closed on 4 January 2017. But on that same day, a message from agent Peter Strzok, the same man who would later interrogate General Flynn, asked the investigation to remain open anyway and made it clearly understood that such a request came from the "7th floor", the offices of the FBI’s top brass: James Comey, then director, and his deputy director Andrew McCabe.

It is now also known that on the following day, 5 January, James Comey was involved in closed-doors meeting inside the Oval Office with President Obama. Also present were Vice President Joe Biden (Democratic frontrunner for the U.S. presidency), Deputy Attorney General Sally Yates, CIA Director John Brennan, National Intelligence Director James Clapper, and National Security Advisor Susan Rice. In an email from Rice, the topic of the discussion is broadly described and we learn that Obama requested Comey to keep him abreast of developments of the Trump campaign investigation and his alleged ties with Russia. The email also notes the group discussed the question of whether to inform the new administration of the investigation. Evidently, their conclusion was to maintain maximum confidentiality.

On January 6, the then FBI director presented Trump with some details of a British dossier drafted by Christopher Steele. It showed supposed links between Trump's election campaign and Putin's Russia. The Steele report already appeared to be unreliable, as it was based on anonymous sources and unverifiable information. Over the next two years of the ongoing Russiagate investigation, it proved to be of little or no use (except to reiterate the fact Putin preferred Trump's victory to Clinton's in 2016). However, the FBI director never briefed the president about to take office regarding one of the most important open investigations, the one involving General Flynn.

This deliberate desire not to reveal anything to the new Trump administration, as the conservative outlet The Federalist claims, is one of the most suspicious parts of the whole affair. Why not report to the new president about alleged foreign spies within his administration? The nation’s security was at stake. The election campaign was finished. Yet, according to testimony released by the then Deputy Director of FBI counterintelligence, Bill Priestap, information concerning ongoing investigations could not be shared during the summer 2016 election campaign. The answer was because "if we had reported to someone from Trump's campaign, we would have alerted the campaign staff to the subject of our investigation and if anyone in the campaign had ties to the Russians, he would certainly have changed tactics or otherwise tried to cover up his activities, preventing us from finding the truth." But why still hold back once the election campaign was already over?

By the time Trump was pronounced winner on 9 November, the FBI had already identified four suspects. So they knew to whom to disclose their information, but still said nothing to Trump. Nor did they speak to Trump after his inauguration, although at this point it would have been a matter of revealing to the new president the possible presence of a mole within his administration. What’s more, there was the investigation opened into Carter Page, Trump's former foreign policy adviser which continued until late summer of 2017. Page was suspected (as seen in declassified communications) that he had "contacts with White House leaders." So why not let the president know about an internal threat and for all those months? Perhaps the reason was it was assumed that the president himself was a spy? Was the president the one they really wanted to entrap? From the dynamics of these investigations one might easily construe this as a possibility.

Barack Obama felt compelled to speak on the Flynn case at the end of his last week in office and it was noted he was greatly agitated. Knowing that the Justice Department has asked for the charges to be dropped against Flynn, Obama told former colleagues in his administration, "The fact that there is no precedent that anybody can find for someone who has been charged with perjury just getting off scot-free. That’s the kind of stuff where you begin to get worried that basic – not just institutional norms – but our basic understanding of rule of law is at risk. And when you start moving in those directions, it can accelerate pretty quickly as we’ve seen in other places.” The Wall Street Journal wonders why Obama, a lawyer by profession and despite knowing that his words would be published, wrongly described the accusation against Flynn as "perjury" (lying after an oath during a trial). It is rather a question of “false testimony.” The same newspaper questions why the former president made unnecessary lexical errors. We read, "What is he really worried about?” Then the WSJ article lists acts of misconduct committed during the Russiagate investigation, including the (serious) violation of the rules for providing defence attorneys with evidence that could have exonerated accusations against Flynn and which were upheld until just very recently.

We do see some good things happening. Yesterday, Richard Grenell, the new National Intelligence Director, announced he would publish the names of members of Obama’s administration who had requested to "unmask" the identity of Flynn. It would be an additional clue in understanding what really happened that hot autumn of 2016. We are in 2020, a year that began with an attempt to impeach Trump. It is now evolving in ways no one had even thought possible.

The list, declassified yesterday 13 May, reveals some highly important names. Apart from the heads of national intelligence services and police, those who had a direct interest in knowing names involved in the investigation, there were politicians and diplomats, which raises many other questions. Among them are former Vice President Joe Biden, Samantha Power (former UN Ambassador), and Denis McDonough (former White House Chief of Staff). These are all persons who had worked closely with Obama and who were influential in his administration. This is already an indication of just how much the investigation was "political" as well as an operation of counter-espionage. Moreover, the high diplomats on the list included two directly interested parties (the Ambassadors to Turkey and Russia), but also one that theoretically had nothing to do with the investigation: John Phillips, the American ambassador to Italy. Why exactly Italy? Because it was in Italy where the investigation that gave rise to the Steele dossier had begun. It was a report that later turned out to be virtually entirely false and useless.