A study by the Pontifical Biblical Commission requested by the Pope has just been published. Based on anticipations, various media outlets are reporting it as an opening of the Church on the topics of divorce and homosexuality. In reality, things are more ambiguous, but from what we have read so far it seems to endorse an approach to Scripture that distances itself from the Tradition. 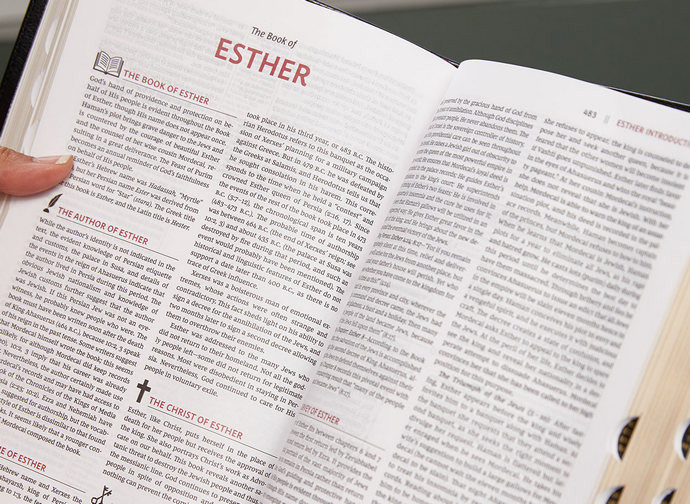 In recent days there has been a lot of talk about the publication of a text of over 300 pages by the Pontifical Biblical Commission entitled What Is Man? An Itinerary of Biblical Anthropology. Published by the Libreria Editrice Vaticana, the text (only in Italian thus far) has been presented by Vatican News as a “systematic anthropological reading of the Bible,” commissioned “personally by the Pope.” Nothing else has been said, except that (see here) “the Pope wanted this topic [that of man] to be addressed beginning with Scripture itself, which is the foundation and soul of all Christian reflection.”

Vatican News further cites passages from the book, and says that the paragraph of the volume dedicated to divorce reaffirms “clearly that the teaching of Jesus ‘introduces elements of radical novelty, since the Master peremptorily asserts the indissolubility of marriage, forbidding divorce and new marriages.’” Deo gratias: up to  this point all is well.
But the objectionable expression comes after this, because in the same chapter “it is recalled that ‘the spouse who, finding that the spousal relationship is no longer an expression of love, decides to separate himself or herself from what threatens peace or the life of the family members does not act contrary to marriage; indeed, he or she paradoxically attests to the beauty and holiness of the marriage bond by declaring that it does not realize its purpose in conditions of injustice and infamy.’”

Many newspapers have already trumpeted the news that the Pope and the Church are opening to the approval of divorce. Actually, the text is speaking about separation, not divorce, which is nothing new. The Catechism of the Catholic Church already teaches that “there are some situations in which living together becomes practically impossible for a variety of reasons. In such cases the Church permits the physical separation of the couple and their living apart. The spouses do not cease to be husband and wife before God and so are not free to contract a new union. In this difficult situation, the best solution would be, if possible, reconciliation (§ 1649).”

Likewise, the Code of Canon Law (can. 1153, §§ 1-2) expresses the same principle juridically: “If either of the spouses causes grave mental or physical danger to the other spouse or to the offspring or otherwise renders common life too difficult, that spouse gives the other a legitimate cause for leaving, either by decree of the local ordinary or even on his or her own authority if there is danger in delay. In all cases, when the cause for the separation ceases, conjugal living must be restored unless ecclesiastical authority has established otherwise.”

The problem is that the statement of the Pontifical Biblical Commission, at least as it has been reported by Vatican News, is not notable for its clarity, especially when compared to the two preceding texts. The element most likely to be misinterpreted is the phrase “finding that the spousal relationship is no longer an expression of love,” and this is the phrase receiving all the attention of the newspapers. It is not difficult to imagine that in a context like our contemporary situation, a phrase like that will end up being understood more or less as: “Don’t you love me anymore? Then let’s break up.”

The statement is also ambiguous which says that the spouse who, in the expressed conditions, decides to separate, “paradoxically attests to the beauty and holiness of the marriage bond by declaring that it does not realize its purpose in conditions of injustice and infamy.’” In fact it ought to be just the opposite: whoever legitimately separates and remains faithful to his or her spouse demonstrates that the marriage bond is realized precisely in contrariety, by the grace of God, in fidelity to one’s spouse even in the situation of separation. Conversely, the life of the faithful spouse runs the risk of appearing like an incomplete and partially failed life, which would open the way to “start a new life” as is often said today. The marriage bond is a sign of the link between Christ and the Church: the greatness of the love of God is manifested precisely because "Christ, while we were still helpless, yet died at the appointed time for the ungodly” (Romans 5: 6). The bond of the Incarnation, through which “the Son of God has united Himself in some fashion with every man” (Gaudium et Spes, 22), fully realizes its meaning even in the face of impiety, rejection, contempt or indifference.

Meanwhile, in its reporting on the new study, the newspaper Repubblica emphasizes the position that it takes on homosexual unions. According to the quotations it cites, the document affirms that “the institution of marriage, constituted by the stable relationship between husband and wife, is constantly presented as evident and normative in the entire Biblical tradition” and that “examples of legally recognized unions between persons of the same sex” do not exist. At the same time, however, the document leaves room for the positions of dissenters: “‘For some time’ – one reads in the document of the Pontifical Commission – ‘particularly in Western culture, voices of dissent have been raised with respect to the anthropological approach of  Scripture, as it is understood and transmitted by the Church in its normative aspects. All of this is judged as a simple reflection of an archaic, historically conditioned mentality. We know that various Biblical affirmations in the cosmological, biological, and sociological spheres have gradually come to be considered as outdated as a result of the progressive findings of the natural and human sciences; analagously – some have concluded – a new and more adequate understanding of the human person places a radical reservation on the exclusive valuing of heterosexual union in preference to a similar welcoming of homosexuality and homosexual unions.’”  In addition, this contesting wing of Biblical scholarship “‘sometimes argues that the Bible says little or nothing about this type of erotic relationship, which therefore should not be condemned, because it is often wrongly confused with other aberrant sexual behaviors.’ The allusion is to pedophilia.”

The problem is that, again according to Repubblica, the Pontifical Biblical Commission does not seem to take any position regarding these aberrant affirmations. On the contrary, it tends to cloud the issue to the point of deleting the clear condemnation of homosexual actions by the Scriptures, reaffirmed by the Fathers of the Church and by the Magisterium, in the name of an “intelligent” interpretation that “safeguards the values that the sacred text intends to promote, thus avoiding a literal repetition of that which carries with it the cultural traits of that time.”

Thus, according to this new document, we should no longer literally repeat the admonition of Saint Paul: “Do you not know that the unjust will not inherit the kingdom of God? Do not be deceived; neither fornicators nor idolaters nor adulterers nor boy prostitutes nor sodomites  nor thieves nor the greedy nor drunkards nor slanderers nor robbers will inherit the kingdom of God. That is what some of you used to be; but now you have had yourselves washed, you were sanctified, you were justified in the name of the Lord Jesus Christ and in the Spirit of our God» (1 Cor 6: 9-11).” Apparently, all those who have literally repeated this text during the 2000-year history of the Church have not had an intelligent understanding of it. And not even the writers of the Catechism have an especially keen intelligence, since they have taught that “basing itself on Sacred Scripture, which presents homosexual acts as acts of grave depravity, tradition has always declared that ‘homosexual acts are intrinsically disordered’” (§2357). We see that the interpretation of the Pontifical Biblical Commission does not agree with that of the Tradition.

And it does not, because it has thought that it is able to interpret the Bible in an authentic way by placing itself outside of the Tradition, at an observation point considered to be more neutral, optimal, and superior to Tradition itself, an observation point that will make it capable of intelligently liberating the positive teaching – “the values that the sacred text intends to promote” – from the outdated “cultural traits of that time.”

In reality, the interpretation given by the Pontifical Biblical Commission is clearly influenced by the present cultural climate, to the point of maintaining that it is better not to quote the Scriptures literally where they clash with the dominant homosexualist mentality.
At this point, it is legitimate to suspect that the dissenting positions have been summarized within the document in order to embrace them when the moment is right.