New Martyrs for a Schizophrenic Spain

The Pope has recognised a further 27 martyrs, religious murdered in hatred of their faith during the Spanish Civil War, bringing to 1,962 the total number of martyrs for Christ, the most extensive persecution in Church History. But the current political composition of the country is very similar to that which 80 years ago led to the extermination of so many Catholics. So, while the Church beatifies its martyrs, the cultural and media mainstream still believes that the executioners were justified. 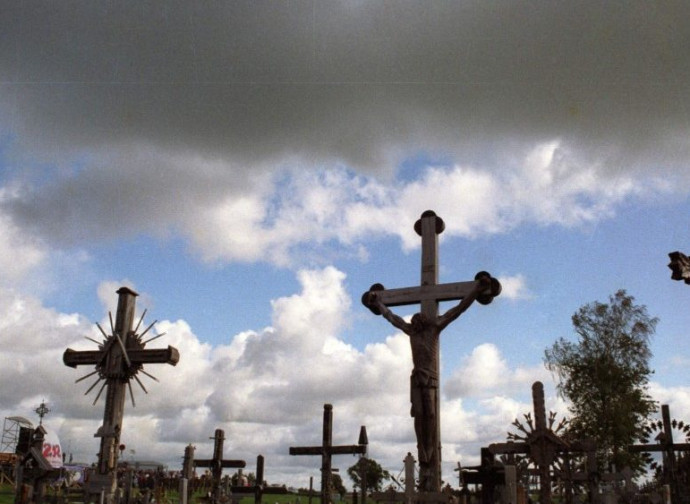 On December 12, Pope Francis approved the decree recognising 27 new martyrs of the Spanish Civil War (1936-1939). These are all members of the Dominican family: 25 male religious, one female religious and a lay tertiary from the Order of Preachers. The murders occurred during the first months of the Civil War, in various places in central Spain: Almagro (Ciudad Real), Huéscar (Granada) and various regions of Almeria.

Since Saint John Paul II beatified three Carmelite nuns of Guadalajara on May 29, 1987, the number of martyrs of the Spanish Civil War recognised by the Holy See has already risen to 1,962: bishops, priests, male and female religious, and laity who died in odium fidei (in hatred of the faith) during what is considered the largest religious persecution in history. A persecution that was concentrated during the first months of the War, not because the anti-Christian extermination diminished over time, but because all those who had not been murdered during that initial period had either found refuge or had been imprisoned, where prison – thanks to the sense of duty of some honest men – did not become synonymous with death. The extermination of the Church carried out in the area under the control of the Frente Popular (Popular Front) was efficient and, at least in its intent, total.

This extermination was perpetrated systematically by militiamen, armed by the government, comprising parties and trade unions integrated with: the PSOE (Socialist Party), UGT (Socialist Trade Union), PCE (Communist Party), CNT/FAI (Anarchists), and ERC (Catalan Separatists). The terror was systematic and in some cases characterised by diabolical cruelty.

Today, for the first time since 1936, the government that is being formed in Spain, led by Pedro Sànchez, is managing to aggregate all these tendencies: the PSOE (which has already governed alone with Felipe Gonzales and Jose Luis Rodriguez Zapatero), the neo-communists of Pablo Iglesias and Unidad Podemos (which include what is left of the PCE) and, as a party whose parliamentary support is necessary, the ERC, which participated in the attempt to secede from Catalonia in 2017 as it had already done twice in the 1930s.

All this is going on while at the same time the enforcement of Zapatero’s 2007 Historical Memory Law is being intensified; this law intends to impose on all Spaniards the view of the Civil War promoted by Stalinist war propaganda. The PP (Popular Party) of Mariano Rajoy had promised to abrogate it and could have done so, given that he enjoyed an absolute majority between 2011 and 2015, but he yielded to the cultural slogans of the Left and the law came into force during his seven years in power.

Already in 2002, the PP led by José Marìa Aznar approved in the Congress of Deputies a resolution condemning the Alzamiento Nacional (National Awakening) of 1936. And in 1995 Aznar's PP, despite being in opposition, supported recognising Spanish nationality – as partisans for freedom and democracy – for the members of the International Brigades. These were recruited from all over the world by the communists to "lead" the war in Spain in the service of Stalin, of whose many crimes they were executors.

Thus Spanish society is experiencing an astonishing schizophrenia. On one hand, the Church recognises that thousands of her members were martyred by one of the sides of the Civil War, even though the ecclesiastical hierarchy does its best to make everyone forget who the murderers were. On the other hand, the political, cultural and media establishment (including the education system) imposes the idea that the gangs that killed thousands of people simply for their faith (obviously the figures skyrocket if we add political motives), were the good side, who supported freedom and democracy, opposed by a "fascist" union of soldiers, landowners, aristocrats, bankers and bishops commanded by Francisco Franco.

Politically only the view of Vox is in line with the facts as they unfolded and opposes resurrecting the ideological hatred of the Left, while actively working against the Historical Memory Law. The party led by Santiago Abascal owes a large part of its electoral success to this strong endorsement of the common sentiment.

In this, as in other aspects of the cultural war, social networks and a handful of publishing projects are serving as a cultural and media counterweight to the mainstream currents of the politically correct, affirming the Truth of History about those who died for the truth, that is Christ. Fruit of this effort are, for example, two recent films depicting episodes of the martyrdom of the Spanish Church: "Un Dios proibido" (A forbidden God) (2013) by Pablo Moreno, about the Claretian martyrs, and "Bajo un manto de estrellas" (Under a Blanket of Stars) (2014) by Oscar Parra de Carrizosa, specifically about the Dominican martyrs of Almagro, who are currently in the process of beatification.