Naomi and the baby that appeared from nowhere

A baby appeared from nowhere, nameless, faceless and fatherless, wrapped in mystery, divorced from any declared parental relationship. The surprising announcement of Naomi Campbell, 51 years old, that she has just become the mother of a baby girl represents the next step in the evolution of adult individualism under the guise of parenthood. 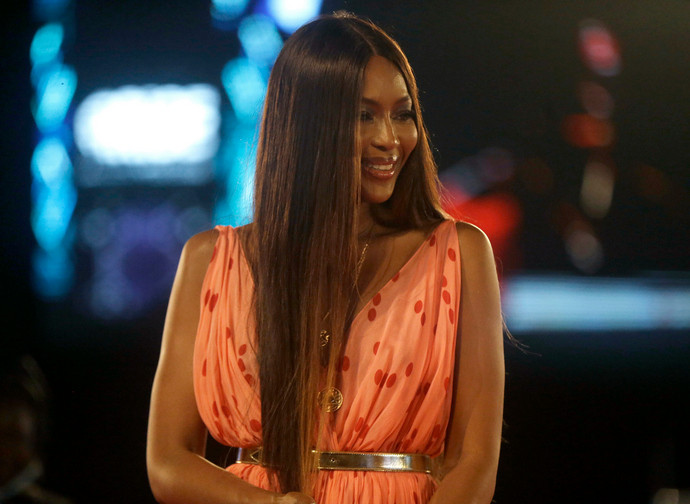 At the ripe age of 51, Naomi Campbell, the famous British super model, announced that she has just become the mother of a baby girl. So, she-too, has now joined the growing list of the over-40’s rich and famous who have discovered wealth and fame don’t compensate for that natural maternal desire to have a baby, no matter how long they put it off.

It’s just because Campbell put motherhood off beyond the natural-fertility expiry-date and her posts on Instagram and Twitter gave no additional information about her daughter’s name, date of birth or circumstances including who the father is, that speculators are already surmising she either paid a surrogate mother to have her baby or had IVF treatment herself.

Even the touching photograph of her hand cradling a pair of tiny feet on Tuesday afternoon, with the caption: “A beautiful little blessing has chosen me to be her mother,” has fuelled perplexity. No-one had ever heard she was pregnant and nor did the model, immune to public scrutiny, publish any photos Beyoncé-style of her pregnant body at any stage during the nine months of gestation. Even the ever-intrusive paparazzi never caught her off guard shopping for baby clothes or downtown at least once with a man who the media today could speculate might be the father.

The fact is Naomi Campbell has joined the growing trend of women who decide, I want a baby, well after the age recommended for a normal healthy pregnancy. Naomi made it clear how she considered the matter in 2017, when she told ES Magazine, “now with the way science is, I think I can do it when I want”. The comment referred to becoming pregnant by IVF at her convenience. And, it’s an opinion shared by many others. In the U.K. alone, the number of women having babies later in life has increased by 50% in the last ten years. According to the latest figures available from ONS (Office for National Statistics) 2,390 babies were born to mothers aged over 45 in England and Wales just in 2019.

But the numbers don’t tell the whole story. The glass that’s half full, is also half empty. Doctors lament that older women who decide for a later-in-life motherhood, often have an unrealistic expectation of how easy it is to become pregnant. According to the Centers for Disease Control and Prevention (CDC), each month, the average 30-year-old woman has about a 20% chance of getting pregnant. A 40-year-old only has a 5% chance of getting pregnant each month. Whereas, after the age of 45, becoming pregnant without the use of fertility treatments is extremely unlikely and around 1%. The complications also tend to get a lot worse. The over-40’s are much more likely to go into labour early, develop pre-eclampsia, grow a small baby and get diabetes.

But, it seems Naomi Campbell had done her homework when she talked about IVF being her best option at this late stage. One can assume she was also aware there is ample research which shows that assisted reproductive technology (ART) is less effective after the age of 40, and the rate continues to fall sharply as you get older. But if Campbell did resort to expensive fertility treatments such as IVF or even to surrogate motherhood, to those less financially fortunate, it proves money opens doors and buys babies.

On the subject, popular magazines increase their sales with tidbits and snaps of the latest celebrity cradling their miracle babies: Hollywood actress Cameron Diaz, became a mother at 47, singer Janet Jackson at 50. Celine Dion the legendary singer, welcomed twins at 42, thanks to IVF. While Nicole Kidman, Oscar winning actress, welcomed her second child Faith via surrogate when she was 44. Between photo stunts and interviews, the message is, anything goes if you have a deep yearning for maternity.

In a world dying in a demographic winter, the culture of ‘positive eugenics’ (the use of techniques to ensure the baby has desirable characteristics) is thriving. These “miracle” babies, forced to grow up with parents who could be their grandparents are the sacrificial lambs to adult happiness. As each moralistic restriction has been put to the side with the destruction of the natural family, so has the unconditional acceptance that children are a gift of God. The perceived right today is not only to have a baby, but to have “the baby we want.”

Whereas, Naomi Campbell represents the next step in the evolution of adult individualism under the guise of parenthood. The sudden appearance of babies from nowhere, nameless, faceless and fatherless, wrapped in mystery, divorced from any declared parental relationship but announced as daughters and sons preferably to a single parent who is a child at heart.

Until children are put back into the family debate and given the value they deserve and parents understand that raising children is more than a series of private choices but implies a social responsibility, the Naomi Campbell exception could become tomorrow’s status quo. A society of orphans.