Movements short leashed, freedom in the Church at all-time low

With the new papal decree imposing their democratisation, ecclesial movements are now reduced to associations and their charisms demeaned. This is a further stage in the process of constriction and standardisation that has already affected cloistered convents and even parishes. The large movements are now being regularised. Meanwhile, those movements that are nonconforming are under pressure and those that resist are being openly fought. Never before has there been such a wide range of organisations placed under external oversight, apostolic visits, centralisation of ecclesial power and fears of retaliation. 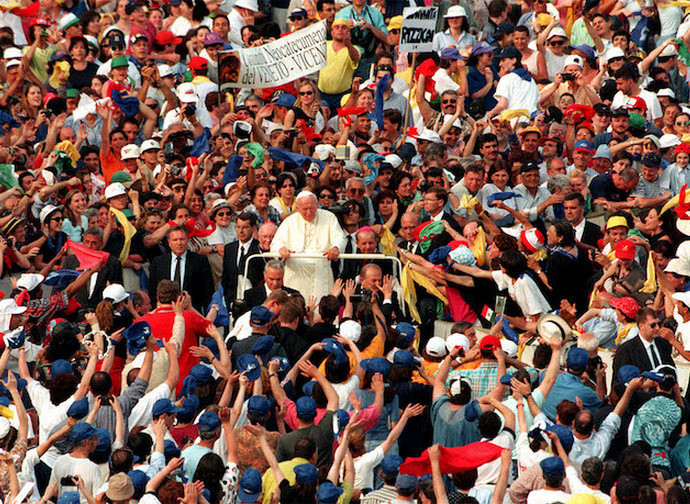 Pope Francis has decreed that the internal life of Catholic associations and movements should include a periodic change of leadership (click here). A greater internal democracy should avoid concentrations of power, self-referentiality of leaders, and even abuses.

At this point, the difference between associations and movements is no longer very clear, given that the latter are now being brought back into the democratic life of the former. Yet, above all, it is no longer very clear why a simple procedural change, borrowed from the functioning of worldly associations, should produce any revitalising effects in the life of Catholic organisations. If internal democracy were enough to guarantee ecclesial spirit, then even parish priests, bishops and the pope himself would have to be democratically elected for a fixed term. Communion and Liberation actually operated very well under Luigi Giussani's leadership, which was not on a temporary basis.

Beyond all these most obvious observations, the pope's new disciplinary measure is further evidence of the fact that the Church is not undergoing a period of internal freedom, but on the contrary: it is an era of constraint and standardisation presented as part and parcel of liberal reforms. Imposing mandated constraints on leaders of ecclesial movements and associations seems to be a way of freeing their internal life from the excessive power of founders or, generally speaking, of leaders who historically emerged from within them. However, realistically, it actually means being subjected to centralised Church authority. A movement without a strong charismatic power in its own right is far less autonomous and free. Without a shadow of a doubt, in this sense, the Church of John Paul II and Benedict XVI was much freer than that of Francis.

The meaning of this latest Vatican measure is fully understandable if seen in the light of others. For example, in 2016, Pope Francis published the Apostolic Constitution Vultum Dei quaerere on female contemplative life and two years later the relevant Vatican dicastery released its rubrics underscoring - as many have pointed out - an unprecedented centralisation and a new uniformity in contrast with the traditional self-determination that was specific to each path of professed religious life. Since the new changes also affect the very conception of the contemplative life, it is feared that a new top-down direction will be widely imposed.

Last May 10, Pope Francis instituted the ministry of the catechist with his Motu proprio Antiquum ministerium. If catechists are installed and appointed by local bishops, since it is a real ministry, individual parish priests will have to employ the bishop’s chosen catechists and, thus, no longer will they be able to choose them on the basis of their knowledge of doctrine and Christian wisdom. In this case too, it is not a question of greater freedom in the Church, as it might seem on the surface, but it is actually a tightening up of procedures so as to ensure that all catechists talk alike and parish priests, who are lukewarm on this new measure, will end up having less and less room to manoeuvre.

If we then return to our initial subject and consider the situation of ecclesial associations and movements, we see that their regimentation has been imposed with great resolve. The large movements are being standardised and those that are reluctant are being pressured to conform, while those that resist are being openly fought. I don't think we have ever seen such a wide range of organisations placed under external oversight, apostolic visits, centralisation of ecclesial power and fears of retaliation as in this pontificate.

John Paul II and Benedict XVI were considered authoritarian pontiffs, focused on doctrine, with little tolerance for any deviations. Pope Francis, on the other hand, proves to be a rather resolute progressive. Once upon a time it was the progressives who complained that the Church "lacked breathing room." But now that progressivism has risen to the top of the ranks, the Church seems to have ever less freedom than before. This is the anomaly that needs  explaining. Centralisers and intimidators should be the guardians of conservation, those who try to prevent change. Why is it, then, that the new progressive Church issues the most "no's", institute proscriptions, condemn some faithful to confinement and threaten retribution if they do not comply with their changes? Why is it that this new liberal Church is the one that actually limits freedom?

John Paul II and Benedict XVI thought that the Holy Spirit could inspire vocations and charisms  to flow as streams within the great river of the Church. The believed that they had to be helped to remain in the Church, certainly, but for substantial reasons and in ways that were not merely procedural. Now it seems that, instead, that there is a huge rush to achieve reform objectives towards which all must march as quickly as possible and at all costs. This is the reason it is necessary to close ranks.