Monkeypox, an extremely rare disease, is hogging the headlines. Smallpox has been eradicated since 1980. A new vaccine, in case of its deliberate spread (i.e. biological warfare) was announced in 2019. Monkeypox is one of many zoonoses and cases are few. Why the alarm? 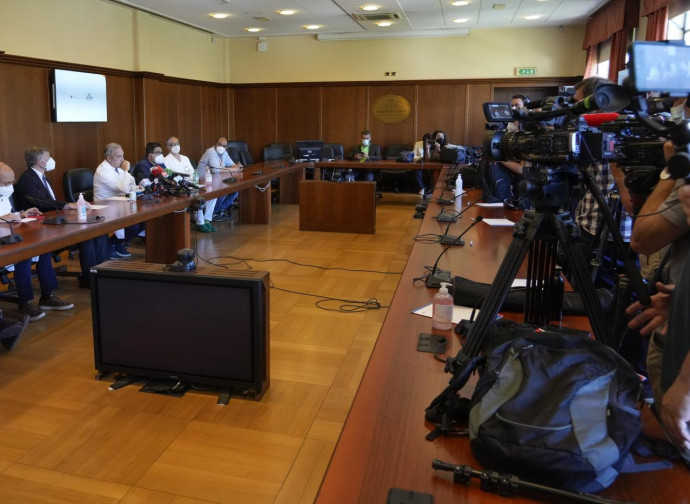 The 75th World Assembly of the World Health Organisation opened in Geneva. Until 28 May, representatives of all 194 WHO member states and several heads of state will meet to finalise the agenda for the next two years. The organisation states that “in a world threatened by conflict, inequity, climate crisis, and pandemics, the 75th session of the World Health Assembly will emphasise the importance of building a healthy and peaceful planet by harnessing science, data, technology, and innovation”.

This year's session of the Health Assembly will focus on the theme "Health for Peace, Peace for Health" and will also feature the appointment of the next Director-General who, barring any surprises from the secret ballot, is expected to see the current Director-General, Tedros Adhanom Ghebreyesus, nominated as a candidate by several Member States and the only candidate proposed, confirmed for another five years. Indeed, the WHO Executive Board at its last session in January has already nominated him for the post of Director-General, which he would thus hold for the second and last time, according to the current statutes. It will therefore be the controversial politician who will dictate the guidelines of world health, with the intention of becoming increasingly more centralised, and decisive in the health choices of each State.

But this Assembly also takes place in the current surreal climate of alarm over monkeypox, an extremely rare disease that has risen to the forefront of media attention in recent days. Epidemiology, clinical manifestations, and virus sequencing are still being studied. Human smallpox was completely eradicated over forty years ago. It was a highly contagious and often fatal infectious disease. A person infected with smallpox typically develops a rash characterised by raised pits on the face and body. The smallpox virus was spread through saliva and droplets from the respiratory tract or by contact with skin lesions. The virus could also be spread through other bodily fluids.

Smallpox was officially declared extinct by WHO in 1980, and credit was given to vaccination. In fact, it is the only disease completely eradicated by the vaccine. Now, in recent days, a real media bubble has burst about monkeypox. It is one of hundreds of existing zoonoses. Incredibly, it is becoming a new health emergency. Incredibly, because there are much more serious and widespread infectious diseases. Hepatitis C and tuberculosis each cause one and a half million deaths worldwide every year. And they are diseases for which there is no vaccine. Monkeypox is a very rare disease and if it affects humans it causes fever, headache, muscle pain, and weakness. Symptoms very similar to a flu or the latest variants of Covid. Yet it is spoken of as an emergency, a looming threat, the next pandemic.

But this time we will not have to wait long for the solution to the problem, the deliverance from evil. In fact, in September 2019, three months before Covid-19 arrived, the FDA, the US Food and Drug Administration that authorises drugs, approved a vaccine against smallpox and monkeypox. Why in 2019, forty years after the disappearance of this disease, did the pharmaceutical industry feel the pressing need to develop such a preparation, instead of devoting its efforts to less virtual diseases such as Hepatitis C, Tuberculosis, Malaria or others? The FDA's justification was as follows: “Following the Global Smallpox Eradication Programme, the World Health Organisation certified the eradication of the natural disease smallpox in 1980. Routine vaccination of the US population was discontinued in 1972 after the disease had been eradicated in the US and, as a result, a large percentage of the US, as well as the global population, has no immunity", said Peter Marks, director of the FDA's Center for Biologics Evaluation and Research. "Therefore, although natural smallpox disease is no longer a global threat, the intentional spread of this highly contagious virus could have a devastating effect. Today's approval reflects the US government's commitment to preparedness through support for the development of safe and effective vaccines, therapies, and other medical countermeasures."

Three years on, after Covid, these statements are disturbing to say the least: a vaccine is being developed for an extinct disease, which theoretically serves no purpose except to defend the population in the event of 'intentional spread', i.e. biological warfare. But if the virus is extinct, how can it be propagated? Actually, of the smallpox virus, which disappeared from the planet, two strains remained, stored in two maximum security laboratories, one in Moscow, the other in Washington. If human smallpox returned, we would know for sure where it came from. But in the meantime, monkey pox can also be useful to the strategy of terror of microorganisms. And if this became a problem, or rather were made one, there is already a solution, as of 24 September 2019. On the other hand, there are those who have been repeating this for some time: we have entered the era of pandemics. One via the other.