The World Health Organisation, after declaring the cause of the spread of the monkeypox pandemic (two LGBTQI+ raves in Belgium and Spain) and issuing a specific guide for LGBTQI+ people on the dangers of monkeypox, now self-censors and promotes participation in Gay Pride around the world. 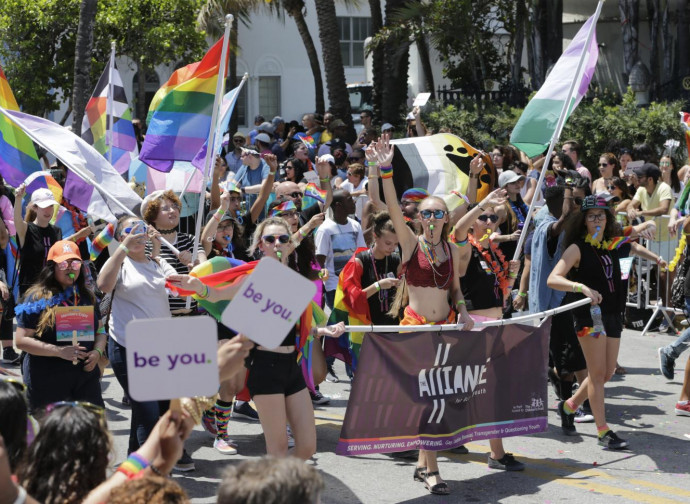 Public health and scientific research are at risk, their kneeling before the LGBTQI+ altar puts everyone's health at risk. Homosexuals included. The World Health Organisation, after declaring the cause of the spread of the monkeypox pandemic (two LGBTQI+ raves in Belgium and Spain) and issuing a specific guide for LGBTQI+ people on the dangers of monkeypox, now self-censors and promotes participation in Gay Pride around the world.

On Friday 23 May, David Heymann, following a meeting of the WHO Advisory Group on Infectious Disease Threats, told the Associated Press that raves held in Spain and Belgium were the cause of the recent unprecedented spread of the disease. “It’s very possible there was somebody who got infected, developed lesions on the genitals, hands, or somewhere else, and then spread it to others when there was sexual or close, physical contact. And then there were these international events that seeded the outbreak around the world, into the U.S. and other European countries”.

On Saturday 24 May, the same organisation specified that the cases were mainly identified among men who had “had sexual relations with other men”. Unfortunately, monkeypox is spread through close contact with an infected animal or person, usually through wounds, body fluids, respiratory droplets and contaminated materials, such as clothing and bed sheets. Many people may therefore be infected even unknowingly.

In Germany, the four confirmed cases are linked to exposure at parties, “where sexual activity took place”, in the Canary Islands, in Spain, and in Berlin. Spanish authorities are investigating possible links between a recent Gay Pride event in the Canary Islands, which attracted around 80,000 people, and the cases that occurred in a Madrid sauna.

These are facts, one does not want to stigmatise LGBTQI+ people, but one cannot mystify the evidence.

Instead, it seems, ideology and its lobbies have bent reason, the precautionary principle, and medical science of the world health authority. On 25 May, the WHO had issued a specific public health warning and guide for “community leaders, influencers, health workers and people attending social events and festivals” to inform and engage the communities of men who have sex with men (“Monkeypox: Public health advice for gay, bisexual and other men who have sex with men”) in which it states: “Monkeypox can spread through close skin-to-skin contact during sex, including kissing, touching, oral and penetrative sex with someone who has symptoms. Avoid having close contact with anyone who has symptoms… Wear a mask if you are in close contact with someone with symptoms; isolate yourself at home and talk to a health worker if you have symptoms”.

It is easy to imagine that the global LGBTQI+ lobby was already at work to prevent the ban on gay prides. In fact, on 22 May, the UN AIDS Agency (UNAIDS), in blatant contrast to WHO, was concerned “that some public reporting and commentary on Monkeypox has used language and imagery, particularly portrayals of LGBTQI and African people, that reinforce homophobic and racist stereotypes and exacerbate stigma”; and on 27 May, the Spanish LGBTQI+ communities said they were alarmed that outbreaks of monkeypox could “lead to an increase in homophobic sentiment”.

In order not to pass as 'homophobic', despite science and evidence to the contrary, the WHO preferred to change course, to the detriment of public health. On Monday, 30 May, Andy Seale, WHO's strategy advisor for global programmes on HIV, hepatitis and sexually transmitted infections, stated that “it is important for people who want to come out and celebrate gay pride, LGBTQI+ pride, to continue to go and plan to do so. There is no specific transmission route that we need to worry about”.

Yet, WHO experts had said the opposite, but evidently, public health and that of LGBTQI+ people themselves is worth less than the ideological pressures of their lobby.