The use of robots, and of technology in general, makes human beings "obsolescent", as in the title of Günther Anders’ book. But the problem, rather than technology, is modern thought that denies their likeness to God and equates them to an ape. If human beings are guided by their passions rather than by reason, then whatever is done to animals can be done to them. 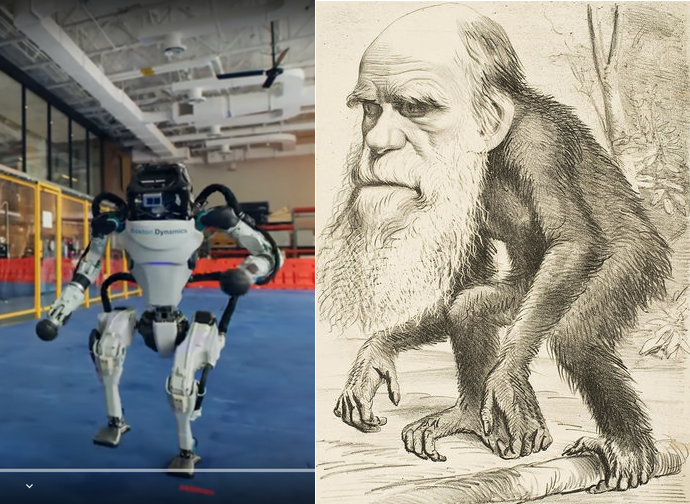 In Paris a pizzeria without a pizza chef has opened. There isn't even a cashier or a waiter. Instead there is a robot. Everything is automated. The reviews are enthusiastic: "Fantastic!", "Incredible!". They sound just like the comments of a group of children seeing an amazing new sophisticated toy. In reality, it is just one example among many of a phenomenon that should prompt more mature reflection. Take the Telepass: there are now several fully automated motorway exits. Or take the automatic checkouts in supermarkets. All this points to the increasingly strong link between mechanical engineering and artificial intelligence, which aims to produce robots to replace humans. I admit, human beings get sick, have pregnancies, go on strike, cost money. Whereas, robots do not.

At this point, I would like to dedicate a digression to Boston Dynamics. It is a company born within the Massachusetts Institute of Technology, the famous MIT. In 2013, it was bought by Google, in 2017 by the Japanese SoftBank group, and in 2020 by Hyundai. Everyone will have seen videos of the company's products: dancing robots, robot dogs (see here). Cute, aren't they, these robotic dogs? Yet, when I saw these videos, I shivered in terror. What would happen if these robots were used against humans? In war or against the civilian population? A few months later, here is the answer.

But back to the original theme. The use of robots, and technology in general, aims to replace humans. Who, at this point, become 'obsolescent'. This is the theme of a two-volume book by the German philosopher Günther Anders entitled The Obsolescence of Man (1956). His thesis is as follows: from a productive point of view, the machine has become better than mankind, who is therefore obsolescent. These are not neutral instruments: machines have changed the world in such a way that human beings have fallen behind, not only operationally but also in terms of thinking. These ideas closely resemble those of Ted Kaczynski, the infamous 'Unabomber'. In his manifesto, Kaczynski explains that technology is increasingly reducing the space of human freedom by modifying (including on a symbolic level) the world in which we live.

If Anders and Kaczynski are right, humans, once they have become obsolete, will be forever useless. At this point Malthusian scenarios open up: why keep human beings alive if they are useless? Since the costs of preserving people outweigh the benefits?

It is clear that the problem at this point is not technology, but modernisation itself. Removing humans from the centre of creation, denying their likeness to God and affirming their similarity to the ape, forgetting reason in order to transform them into a being driven by passions (like animals) cannot have any other consequence than treating humans like animals. Therefore, everything that is done to animals (experimentation, selective hunting or intensive breeding, artificial insemination, euthanasia, periodic vaccinations, leashes and muzzles...) can be done to humans.

Usually, what makes this idea acceptable (because it is accepted), is the thought that it won’t be us but someone else this will happen to. But, this is a grave mistake. When someone says that "there are too many of us on this earth", they mean that I am redundant; when someone says that we have to reduce CO2, they mean that I am contributing to the excess CO2. This is obviously unacceptable and, in fact, we do not accept it. And, when we don't like something, we tend to think that if we shout loud enough and bang our fists hard enough on the table, the problem will go away. But experiences teaches us life doesn’t work like that. Maybe it’s time we start to think about the matter a bit more seriously.