Messori: The Church “outward bound” has barricaded itself in

«There are also priests today who are capable of heroic gestures, but they are personal initiatives. There is no mobilisation of the clergy that defined the Church in past times of plague.” “We have instead the perception of a Church that is barricaded. The gates that close off St. Peter’s Square are a symbol of this.” The closing of Lourdes? “It really saddened me; it is the first time in history; I understand there is a real risk, but you cannot test God.” “Obeying civil authorities is a duty, if they are legitimate and do not go against the faith, but this does not mean that Mass could not be celebrated under certain conditions.” Vittorio Messori, the most well-known Catholic writer in the world, speaks about the Church in the time of the coronavirus. 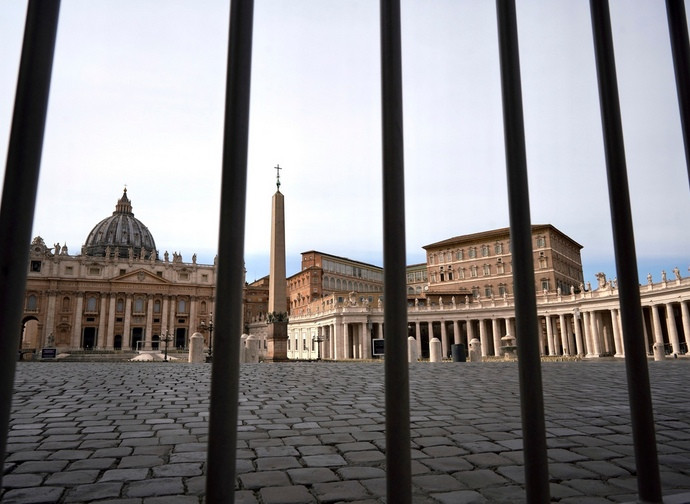 “I am not scandalised that the Church is following government directives, but what I find lacking is what the Church has always done during times of plague: mobilising her troops like so many Father Christophers” [the Franciscan friar in Manzoni’s novel The Betrothed]. Vittorio Messori, who is certainly the most notable Catholic writer in the world, the man who rediscovered apologetics, comments on the Church at the time of the coronavirus and on the paradox that the Church that wanted to be “a Church that goes out” instead today appears in its totality to be a “barricaded Church” that is afraid – “even if,” he adds, “there is no lack of personal testimony.”

In Manzoni’s novel The Betrothed, the Franciscan friar Father Christopher dies at the Lazzaretto hospital when he contracts the plague along with the other victims he has helped. It is a powerful image. Would you want all priests to do something similar?
We cannot pretend that all priests can be just like the friar of Manzoni’s great story, but Father Christopher is the symbol of a Church that during plagues of every era always behaved in a similar way. That is, it sent out its men to be in the midst of the plague victims, in order to try to help them, to assist them as they are dying, to hear their final confessions. It’s true, we may say that “times have changed,” and it is no longer like the time of Father Christopher, but the fact remains that whenever epidemics have broken out in history the clergy were mobilised and many of them died. They were not testing God, but rather they had an awareness of their mission: the Church distinguished herself by giving witness, sending her men to try to alleviate a bit of the suffering of those who were afflicted. While it’s true that many priests today are following this example – several dozen have now died, even if we don’t know exactly how – these heroic actions are more the personal initiatives of individual clergy. There has been no call to arms by the Church. On the contrary, one has the perception that the Church herself is afraid, with bishops and priests all taking shelter.

The hasty suspension of Masses with the faithful, the confusion of churches being closed and then reopened, the weakness of asking for free access even while respecting security measures – all of this gives the impression of a “Church in retreat.”I would like to be clear on one thing. We must not forget that Saint Paul says to obey authorities if they are legitimate and when their orders are not against the faith. Obeying the legitimate authorities is a duty for us. Thus, other measures may be discussed and if they are enacted we have a duty to obey them. But this does not change the fact that in many cases Masses with the faithful can be celebrated that still follow all of the required health precautions. There are churches that have large churchyards, and with the doors open and the use of microphones, along with staff giving direction to people outside, it is not difficult to have people present in an orderly way, even if it is a reduced number. But apart from continuing the Mass, there are other actions that can be taken.

For example?
The pictures of Saint Peter’s Square closed off with gates were terrible to see. It gives the impression of a Church that is barricaded inside its residence and effectively says: “Listen, deal with it yourselves; we are just trying to save our own skin.” And this is an impression that is widespread.

Speaking of closings, the closure of the shrine at Lourdes has made a big impression. Lourdes has always been very significant to you and is the shrine of healing par excellence, but is now closed for fear of a virus…
I must say that despite the sadness this caused me, I was not outraged by this decision. It is a completely new situation, and it would be a bit like testing God if they were to continue to allow pilgrimages while knowing that large gatherings are very dangerous and can spread the virus. We can’t pretend that we are different and won’t get sick just because we go to Lourdes; we cannot play with people’s lives. We should also remember that it’s not only the shrine itself; there is also the journey made as a group, the hotels where they all stay together. Sometimes certain extreme views seem harmful to me.

But surely there have been other difficult moments in history and Lourdes was always open. This is the first time ever that the shrine has closed.
True, and the decision really made an impression on me. Lourdes did not close during the time of the anti-clerical laws in France at the turn of the twentieth century, when all religious institutions were seized by the French government and taken over by local municipalities. This also happened at Lourdes, but when the Municipality of Lourdes took over control of the grounds of the shrine at Lourdes, it did so in such a way that it never closed even for one day. Even during the Second World War, Lourdes did not close. The Germans were well aware of the fact that they would have found many Jews sheltered at Lourdes, but they did not dare to close it. Furthermore, perhaps not everyone knows that the grotto at Lourdes was always open for prayer, all day and all night. It’s true that it’s sad that it has closed, but we cannot commit the sin of pride by thinking that we can all go to Lourdes without consequences, that the virus won’t touch us just because we go to Lourdes. We cannot say, “Let’s keep Lourdes open because nobody will be touched by this illness,” or, “We will not infect anyone we meet when we return from our trip.” For this reason, although it is very sad, I am not outraged.

But just as you suggested for Masses, isn’t there a way to organise people at Lourdes so that large gatherings are avoided?
Anyone who knows Lourdes knows that it cannot be managed easily. Despite everything, it is the most visited shrine in the world: every year 5-6 million people go there on pilgrimage. And at Lourdes, gatherings of people are indispensable: since the grounds of the shrine are quite large, everywhere you go you find crowds of people who are gathering at meeting points with their large group. In order to hear what the guide says, it is essential to all be in one place and to do things together. Thus, in this situation, it is unmanageable. We must take the present conditions into account. Having faith does not protect us from misfortunes or diseases. Notre Dame burned down, and so did the chapel of the Shroud. The ways of God are not our ways.