Messori on Ratzinger: “I never met such a good man”

The Daily Compass interviewed the world famous writer Vittorio Messori on his close friendship with Joseph Ratzinger/Benedict XVI, which began with the book-interview, The Ratzinger Report in 1985, and which provoked an earthquake in the Church. «He was the opposite of the closed man and censor they wanted to depict, I have never met a more humble person». «I am absolutely certain that he went straight to Heaven, I won’t be praying for him, but I will pray to him for me». "And about that one-on-one meeting you had after he resigned..." 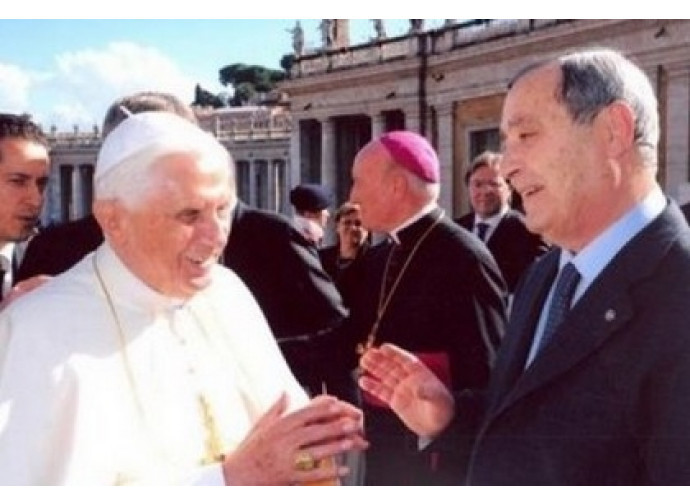 “I never met such a good and humble man”. This is how Vittorio Messori remembers Joseph Ratzinger, Pope Emeritus Benedict XVI, a few hours after his death. On the phone from his home in Desenzano sul Garda, which has now become a hermitage after the death of his wife Rosanna last April 16, Messori briefly retraces the stages of his friendship with Ratzinger, which began in 1984 when he insisted on the interview which would later become The Ratzinger Report, a book that “set the world ablaze”. 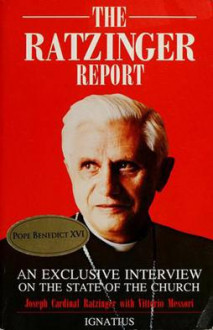 The first edition - edited by Pauline in Italian and by Ignatius Press in English - came out in 1985 and was a real bombshell: it was the first time ever that a Prefect of the Congregation for the Doctrine of the Faith spoke to a journalist and that was also the year of the Synod of bishops, called to reflect on the Second Vatican Council twenty years after its closure. Ratzinger expressed very clear judgments on all the hottest topics of the post-Council, from the conception of the Church to the liturgy, from the drama of morals to the crisis of the priesthood, up to the theology of liberation and ecumenism. The reactions, as can be imagined, were violent on the part of the progressive wing and fashionable theologians who were already suffering from indigestion with the pontificate of John Paul II, which began in 1978. Wojtyla himself had wanted a reluctant Ratzinger beside him in 1981, in a relationship that has always remained very close, and that book can also be considered a manifesto of that pontificate.

“They made fun of me - Messori recounts - when I said I would interview Cardinal Ratzinger; at the Congregation for the Doctrine of the Faith they said it would never happen, that he had never left the Congregation. Moreover, he also had the reputation of being very closed and not inclined to talk. Instead I insisted and in the end we retired to the mountains for three days together with two German nuns who cooked for us”. We went to Bressanone, guests of the local seminary, in August 1984. And there the book that would mark an event of great importance for the Church took form.

Probably, Cardinal Ratzinger’s trust in him was due to the importance of Jesus Hypotheses, written by Messori in 1976, which had global success and is still widely read. The fact is that in “The Ratzinger Report”, Ratzinger opens up completely: «I had the certainty of a man who sought everything except hiding, or being reticent - Messori continues -. What amazed me was that I asked him the most embarrassing questions, thinking he would avoid answering. But no, he answered every single one”.

“From that meeting a true friendship was born. Every time I went to Rome we met and went to a restaurant for lunch. It confirmed for me that I've never met a man so good, so available, so humble. He told me of his suffering at having been called to Rome to head the Congregation for the Doctrine of the Faith: “The thing that most saddens me - he told me - is having to check the work of my colleagues, who deal with theology. I liked being a teacher, being with students. When I was called to Rome to do this job, I accepted it out of obedience, but for me it was a suffering". 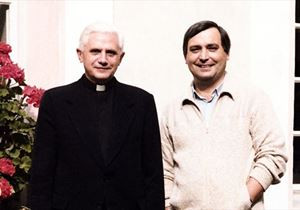 In reality he had already suffered when Paul VI in 1977 decided to appoint him Archbishop of Munich and Freising, "one of the most difficult situations for Catholics". “He was very surprised by this nomination - recalls Messori, quoting Ratzinger's confidences -. It was the first suffering, the first obedience. After that he thought he could leave this task and go back to the University, and instead John Paul II arrived and brought him to Rome, to do something even heavier. But he was obedient to the end, he was a man who was always careful to obey what was asked of him ». An obedience certainly suffered: «Three times he asked John Paul II to allow him to resign. But instead he said no. Ratzinger wanted to go back to his books, to the university, to the students”. Instead, he was even called to the papacy in April 2005.

And what about the image of a rigid man, implacable censor and controller of every free thought in the Church? “He smiled when they accused him of being in control of everything. In reality he never intervened harshly against anyone”, replies Vittorio Messori, who adds: “Having known him, I am so convinced that he went directly to Heaven that I won't be praying for him, but asking he prays for me. I am absolutely certain that he went to Heaven, I will not pray for him, but from today I am adding him as a saint to pray to, to help me. I don't need to help him.”

Has anything changed since his resignation in February 2013? “There is an episode which made me appreciate him even more”, replies Messori hinting a simple laugh to the thread of memories: “When he retired I didn't think of disturbing him anymore. But one fine day, after about a year and a half, his secretary called me saying that His Holiness would gladly see me again. Naturally, the next day I left for Rome, and I was immediately welcomed by him and he did something rare for him: he gave me a kiss when he hugged me, I don't think he did that many times. Then he made me sit down and says: "Look, I wanted to see you, chat a little with you, but please forget you are a journalist". And in fact I didn't ask him any questions, but he asked me many questions: about what was happening in the Church, my impressions of the new Pope, and so on. He listened very carefully. In the end he didn't say anything to me except a simple, ‘I will continue to pray’”.

The primacy of prayer is certainly the most important legacy that Pope Benedict leaves us, but there is also a wealth of writings and speeches that should be taken up one by one insofar as they are current. Starting precisely from The Ratzinger Report, the interview given to Vittorio Messori who, in fact, says: “It is surprising to re-read today those answers from almost 40 years ago, they still remain dramatically current”.