Men with wombs? A prospect to be rejected

Uterus transplantation is still rare but gaining ground. In an article in Acta Biomedica, two researchers from the Sapienza University of Rome endorse the idea that such a practice can contribute to "improving the lives" of men who feel like women. But the desire to 'change' sex is not ethically acceptable. And a possible womb transplant would not heal the unhappiness, but increase it. Not to mention the impact on the hypothetical offspring. 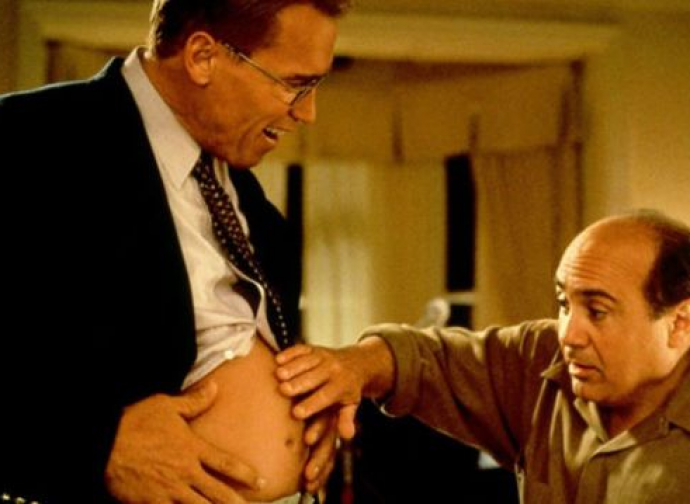 Federica Umani Ronchi and Gabriele Napoletano, two researchers from the Department of Anatomical, Histological, Medicolegal and Orthopaedic Sciences at the Sapienza University of Rome, published an article in the scientific journal Acta Biomedica on 3 November called 'Uterus transplantation and the redefinition of core bioethics precepts'.

The researchers start from a fact: uterus transplantation (UTx) - from woman to woman - is still a rare practice, but one that is gaining ground around the world. The researchers then go on to analyse one of the fundamental reasons for encouraging this pioneering practice: “Since the development of UTx was primarily motivated by the potential to alleviate dissatisfaction and unhappiness arising from the discrepancy between procreative capacity and reproductive aspirations, [transplantation] can also be seen as ‘life-enhancing’”.

That said, the article adds another fact to the picture: “Research into the possibility of performing UTx on transgender women is already underway”. So-called transgender women are men who think they are women and have such a keen desire to be women that some of them would like to have a uterus implanted so that they can get pregnant or, at least, feel more like women.

The various statements articulated so far then coalesce into a new ethical judgement: “This future scenario goes to the heart of UTx and its fundamental purpose: not to save life but, as far as transgender women are concerned, to improve life. [...] The results of a recent survey unequivocally reflect the purpose of 'improving life': an overwhelming 90% majority of respondents expressed the belief that having a transplanted, functioning uterus and vagina would benefit their sex life and perceived sense of femininity, the improvement of their overall quality of life. [...] Thus, it is not unreasonable to assume that in transgender women, UTx can do much to achieve reproductive aspirations, improve overall quality of life, and be effective in alleviating dysphoric symptoms".

The syllogism is quickly wrapped up: if the practice of UTx is feasible, and if such a practice is motivated by the fact that it is useful for improving quality of life, men who want to be mothers should also be allowed access to it. Then the researchers indicate some contraindications for this practice, but only of a medical nature.

At this point, however, the article, despite the promised 'improvement of life', questions whether it is worth the price from a moral point of view. The researchers correctly identify law as an area that may also influence morality. They explain that if transsexual 'women' throughout the world are gradually given the same rights as so-called biological women, the demand for a womb transplant can hardly be avoided. And what becomes legal can only be perceived by the majority as morally permissible. Moreover, the article points out that all the rights granted to gay couples, such as access to heterologous extracorporeal fertilisation and, we would add, surrogacy, will also help to promote the practice of uterus transplantation on male bodies.

So the point of contention would be the following: “We believe that everything may depend on whether procreative freedom is to be regarded as implying an absolute right to gestation”. If this is so, the question arises "whether transgender women can be denied this right without violating the ethical precepts of equality and non-discrimination". The answer of the two researchers, who are not bioethicists, seems to be in favour of UTx for men who want to get pregnant or feel more feminine: "Current approaches to bioethics need to be radically updated if we are to successfully meet the challenges posed by rapidly growing scientific advances, which are set to shape and mould our lives in ever more dramatic ways". So, if anyone is against male motherhood, let them change their mind.

How to respond? It all revolves around a simple question, avoided by the article under discussion: is the desire to 'change' sex ethically acceptable? If the answer were positive, then the practice of transplanting a uterus into a man, without taking into consideration assessments of the clinical efficacy and the effects of this choice on children, would also be morally acceptable. In fact, if it is good that you, a man, should you so wish, should become a woman, then everything that contributes even physically to making you look like a woman must be blessed practice. If, on the other hand, transsexualism is a morally unacceptable practice, then UTx on men should also be rejected. The answer to the above question can only be negative: the desire to 'change' sex is not ethically acceptable because, ultimately, male and female sex are physical aspects of a person's identity to which the psyche must also be oriented.

If sex is an element of a person's identity, it goes without saying that everything that encourages and nurtures masculinity in a man and femininity in a woman is to be accepted, and, on the other hand, everything that impoverishes or opposes masculinity in a man and femininity in a woman is not to be accepted. So the UTx is to be rejected because it wants to feminise a man, to distance him even further from his true identity. It is quite intuitive - and now we are moving onto an anthropological level - that what consolidates a person's identity also contributes to his wholeness, including the wholeness of the psyche. On the other hand, whatever creates a fracture in identity leads to a crisis in man himself, and crisis [κρίσις in ancient Greek], means separation, splitting, tearing. If, therefore, your body is male but you feel it, perceive it as female, then there is a fracture between a healthy fact of reality - male and female cannot be pathologies or physical disorders - and an altered psyche. The psyche must therefore recognise and adapt to the fact of reality and not try (in vain) to bend it to the psyche.

This is to say that the practice of UTx on men will certainly contribute to their unhappiness and therefore, moving on a purely utilitarian level, it will not bring the benefits purported by the two authors when they refer to the quality of life, rather, it will erode this quality of life. Therefore, considering only the psychological effects and leaving aside the above-mentioned fundamental motivations, we should say no to such a practice.

In addition to these reservations concerning the individual transsexual, there is another, among many others, concerning possible offspring. What emotional and therefore psychological impact might it have on a child, or even an adult, to discover that its 'mother' is a man? That it has been given birth - the mode of delivery is still to be defined - by the father (assuming that the male mother has also provided the spermatozoa)? Why deprive the child of the natural right to be delivered by its mother? Therefore, the quality of the child's life and its rights should also be taken into account.