Melina: “The possible good risks being the middle name of evil”

"When the moral precepts that protect the self-offering meaning of sexuality and human generation are contradicted, in reality we are not only going beyond the letter of a particular norm, but we are going against the spirit and meaning of the very law that God has written in our heart". says Msgr. Livio Melina, in the keynote address (excerpts of which we offer in advance) which open the conference A Response to the Pontifical Academy for Life's publication: Theological Ethics of Life. Follow the conference in live streaming on our website. 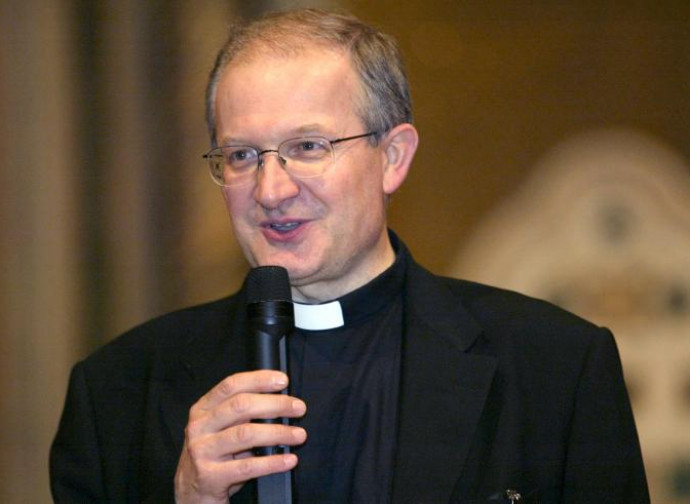 The "Foundational Text" (Testo Base=TB)  presented in the volume [Theological ethics of life: Scripture, tradition, practical challenges, Libreria Editrice Vaticana, Vatican City 2022 ] and many of the theological commentaries published in support of it— propose as "theological progress"  the going beyond the literal observance of the norm (TB 172-173) taught so far by the Magisterium, which has defined as "intrinsically evil" contraception and artificial procreation (even homologous) which prescinds from the conjugal act.  In explicit contradiction to St. John Paul II’s encyclical, Veritatis splendor (cf. n. 78), the authors affirm that it is not possible to specify morally an act only by its object, but that it is also necessary to consider the singularity of the circumstances and the subjective intention of the person acting and apply this principle also to intrinsically evil acts (TB 126-130).

In such a new model, therefore, one could no longer consider contraception or artificial procreation as acts that are always intrinsically evil and therefore to be avoided, but a discernment should be made in conscience based on the circumstances. Negative moral norms would no longer represent absolutes, but only a first and distant point of reference for the subjective judgment of conscience. (…)

The suggestion of a paradigm shift, proposed by Cardinal Kasper for the hermeneutics of the Magisterium, was then taken on by Pope Francis himself in the apostolic constitution Veritatis gaudium, where in n. 3, it is recommended as an instrument for a "courageous cultural revolution in theological formation." The surprising recourse to this concept of  Maoist and 1968 origins, however, is then tempered, relocating the paradigm shift within the Catholic tradition with a reference to St. Vincent of Lérins and the necessary development of the doctrine that “annis consolidetur, dilatetur tempore sublimetur aetate."
Yet, if one takes into consideration the entire work of the fifth-century French monk, one can clearly see how he never speaks of changes of course, which for him instead are the distinctive sign of heretics. (…)

But now, after this initial still formal approach to the question of the paradigm shift (…) it is necessary to begin to  examine the determined contents of the "new paradigm."  In number 109 of the "Foundational Text” (testo base=TB) two characteristic traits are expressed, which concern first of all the primacy of hermeneutics in the inseparable link between anthropology and ethics, and secondly a new conception of conscience, in the link between norm, discernment and conscience itself. We must therefore dwell on these two points for a critical analysis.

Primacy of hermeneutics and the dissolution of the natural law

To understand the scope of the new paradigm, attention must be paid to a preliminary methodological question: the claim of the primacy of pastoral care over doctrine. This is the desired step for that "pastoral conversion," which should also involve theology, in order to overcome the dependence of pastoral care on doctrine in favour of a circularity between the two dimensions, indeed of a participation of pastoral practice in the reformulation of the doctrine.

On the theoretical level, this corresponds to the affirmation of a primacy of hermeneutics in accessing the truth and moral norms (cf. TB 104). Action is always and only based on a historical interpretation, which can only have the character of continuous revision and therefore provisional. (…) Thus the truth is not given in an absolute way, but dissolves in the multiple hermeneutical situations and in the relativity of historically conditioned visions of the world. (…)

Hypertrophy of conscience and denial of "moral absolutes."

The asserted personalism of this reinterpretation of the natural law, rejecting a conception of its nature as "given once and for all," ends up reductively identifying the moral subject with his conscience (cf. TB 110-114), resolving in it every prior data, which can be the object of truthful and normative knowledge. It is a real hypertrophy of consciousness.

The key word for interpreting the role of conscience in the "new paradigm" is that of "discernment", defined as "a continuous back and forth between reasoning and experience" (TB 124), in which the moral norm, considered as the sedimentation and communitarian sharing of discernments verified in experience, and therefore always "abstract," is interpreted, in the light of the multiple and singular circumstances of the situation, by the conscience. Indeed, the appeal to discernment becomes the tool for elaborating an ethics of intention and of circumstances, which nullifies the primacy of the object in the moral qualification of human acts (VS 78). (…)

Another key concept, which characterises the "new paradigm", is that of the "possible good" (TB 104. 129), which was also used in the post-synodal apostolic exhortation Amoris laetitia (n. 308). This is a highly problematic notion that needs clarification. On the one hand, in fact, it expresses the completely traditional idea that only what is possible can be an obliging good (ad impossibilia nemo tenetur). On the other hand, however, when it is used, as is the case in the Foundational Text (testo base), in reference to alleged conflicts of norms, to affirm that they would only constitute an ideal too difficult to ask for, then, as Angel Rodriguez Luño rightly observed, “ one runs the risk of making  the possible good the middle name of evil.”. (…)

It is precisely here that the most critical point of the proposal for the "new paradigm" occurs. In the name of an equivocal personalism and a primacy of conscience, it denies the possibility that absolutes exist in moral life, that is, negative moral norms which, due to their objective intentional content, are incompatible with the good of the person, that is, with the moral and with charity. As the encyclical of Saint John Paul II Veritatis splendor, in n. 78 teaches, such acts are always and in every case excluded, because they are contrary to God's commandments, and they cannot be subjected to a subjective discernment of conscience, which allows them exceptionally as the only "possible good".

Thus we see how what is lost in the so-called "new paradigm" is precisely the mystery of moral action itself, that is, that intimate link between the person and his act, by which the acting subject, through his free choices, not only produces changes in the external world, but also changes himself, in some way generating his own ethical identity. (…)

Going “beyond” the letter of the law?

The Foundational Text proposed by the Pontifical Academy for Life proposes (…) a re-reading of the moral norms taught by the Magisterium in the encyclical Humanae vitae and in the instruction Donum vitae, concerning contraception and medically assisted procreation, on the basis of which the discernment of conscience could lead to going beyond the letter of the prohibition. (…)

As can be seen, we are not dealing here only with an interpretation that shapes the meaning of the moral norm, but with a real questioning of the entirety of sexual morality and the morality of life, which the Catholic Church has taught so far. In fact, moral norms are not only expressions of a human legislative will or historical synthesis of culturally marked experiences, but they express the demands of a truth about human love in the divine plan, which sees human sexuality as a call to love in respect of the language of the body, in the gift of self, and in the openness to the further gift of life, which comes from God.

When the moral precepts that protect the self-offering meaning of sexuality and human generation are contradicted, in reality we are not only going beyond the letter of a particular norm, but we are going against the spirit and meaning of the very law that God has written in our heart and revealed to us in the history of salvation.