May 1 is not Labor Day

May 1 in Europe, and many other nations, is Labor Day. Actually, it isn’t. Catholics and Christians have christened this soviet-inspired International Workers Day on their calendar of saints with the Feast of St. Joseph the Worker. This is a much better way to celebrate the first day of this spring month recalling the modest, hardworking, and dependable foster father of Jesus. 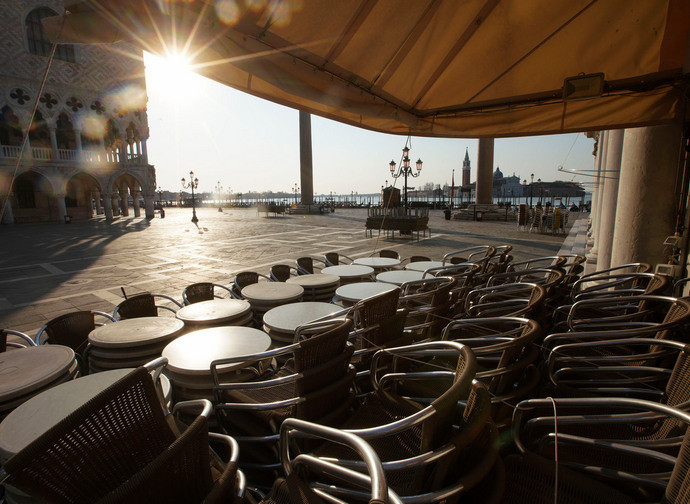 May 1 in Europe, and many other nations, is Labor Day. Actually, it isn’t. Catholics and Christians have christened this soviet-inspired International Workers Day on their calendar of saints with the Feast of St. Joseph the Worker. This is a much better way to celebrate the first day of this spring month recalling the modest, hardworking, and dependable foster father of Jesus.

In the ancient Roman spring festival tradition, May 1 was the height of the Floralia (flower celebrations) to honor the rebirth of nature and prosperous human work within it. Indeed, the very name of May has other Roman mythical-religious roots: Maia, one of the seven daughters of the titan Atlas and mother of Olympus’ winged messenger of human salvation, Mercury. Most importantly, Maia was revered as the goddess of human growth and nourishment. It is no mythological-theological coincidence that Maia is similarly spelled to Maria, adding one little middle “r” Maia becomes Maria, the true Regina Coeli and Mater Dei. Without Maria’s invaluable labor of co-redemption the rebirth humanity had waited for thousands of springs would have never materialized into the Incarnate Word of God. Hence, May is consecrated to Maria in Roman Catholicism. Yet, another great way to remember how to start this month.

Aside from the historical, political, mythical and theological overtones associated with May 1, today workers are lined up right and left of the current political-economic-spiritual showdown. They are nervous and suffering immensely. Today, May 1 they are not reborn. Nor are they well-nourished or growing financially. They are orphaned. They feel fatherless and motherless.

Workers around the world are stuck in the middle of do-or-die Wild West shootout. They are the sacrificial lambs of unbending Brave New World political high priests who hold the keys to idling global engines of growth.

Indeed, today, is no day to celebrate work when now over 22 million in the U.S. alone have lost their jobs or have had to close small businesses after record employment figures were registered just a few short months. What a difference six weeks make: from the lowest in fifty years to now approaching the highest.

Since America is the world’s top performing economy with an annual $21.44 trillion GDP and because it is one of the leading importers, its hardship is having a ripple effect across the world’s great pond. According to Fox News journalist Tucker Carlson, as of yesterday April 30, 100s of millions of workers worldwide (perhaps near one billion) are now aboard the same sinking boat. Only now, hopefully it’s become a battle ship sailing for counterattack.

Italy, where I live and work, has been one of the hardest hit countries with at least 17% of its workforce at risk while millions collect state unemployment benefits (the infamously slow, corrupt and nearly bankrupt cassa integrazione), receive state-backed business loans and must snack on the peanuts of 600 euro Rome has paid out to independent contractors.

Economic outlooks are not likely to improve before they get worse when Phase 2 begins for Italy’s gradual economic re-entry on May 4. After nearly two months of stay-at-home orders and floating to ever distant orbits and side-jobs, Italy’s stymied metalworkers, ship builders, fashion designers, shop assistants, tour guides, hospitality staff and SMEs are losing their gravitational pull back to their old earthy labors. Worse still, as they re-enter their work routine, many permanent hires – the labor union ultra-protected impiegati - will find notices for their company’s imminent insolvency. Soon they may be asked to clean out their desks or file for unemployment benefits and internal severance packages (liquidazioni). Elsewhere in the Eurozone, Italy’s Mediterranean partners are teetering. Both underemployed and unemployed depend increasingly on handouts from their country’s public doles, as in France’s creeping partial employment figure (chômage partiel) and Spain’s desempleo reaching 14.5% and Greece’s co-natural unemployment rates unsurprisingly peaking at 16.5% for 2020.

As each quarantined day passes, the saintly progeny of Joseph and Mary must find the spiritual force and God-given freedom to return to their labors of love. They have invested their entire professional careers to co-create with Jesus their Son to help save the world from becoming a living hell-on-earth of abject poverty. May 1 is the day they must rise up and face the brute facts of an almost irreversible economic crisis before it is too late.

Like insurgents, free and virtuous workers today must unite to counter the so-called “plan-demic” and its committee of Brave New World globalists. They must silence the deafening applause of the elite who cheer the arrival of their beautiful Black Swan whilst they, the honest and faithful workers, wring their hands in a dystopian Dark Night of the Soul. They are called must stand tall and confident, like a Joseph of Nazareth pitted against a Joseph of Moscow.

As dark clouds drape most of Europe today May 1, no conscientious objector under economic house arrest should be grilling sausages and bruschetta. Today, the political powers that be on earth have dampened their coals. Today, you the worker have a forced day off after already suffering unbearably 40-plus days wandering economic deserts.

Today you the worker are not resting, but rather atrophying your vocational muscles. Your despots rely on your softness, just like your dear old friend of liberty Alexis de Tocqueville had admonished and prophesized in the 19th century.

Today,  you laborers of Jesus, Mary and Joseph, do not relax and celebrate your non-working status. Unless you want other lords to take care of you. From cradle to grave.