After the publication of the book by Vanessa Springora, France is shaken. But the sexual experiences of the writer Gabriel Matzneff, with children between 10 and 15 years old, were known, described in his books and even told 'playfully' on TV. Yet he has received multiple literary awards, political support (right and especially left) and collaborations with leading newspapers. It was he who wrote the Petition of 1977, which in fact asked for the decriminalization of pedophilia. And that was signed by many famous French intellectuals, already protagonists of the 1968. A case that once again confirms the lucidity of Benedict XVI's analysis on the spread of pedophilia. 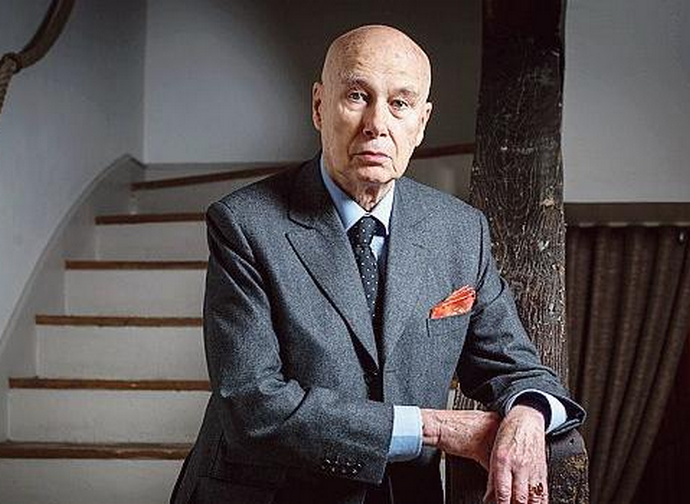 France is in shock, from an earthquake that is shaking the very foundations of the country and could spread throughout the West. Not by the worried reactions following the National Police’s denunciation on the danger of violent Islamism in the country (from 40,000 to 60,000 Salafist Muslims, of whom 12,000 / 15,000 would be particularly "violent"). The tsunami is not even caused by the latest survey on the popularity of Macron, Europe’s cocky leader but with a consensus of only 25% (-2% since last December).

The scandal that’s caused a real earthquake in the entire ruling class, amongst journalists, intellectuals and the French bourgeoisie is named after the intellectual Gabriel Matzneff and his accuser Vanessa Springora. Starting from the systematic accusations of pedophilia and its cover-up, the entire '68 and the 'crème' born from that revolution could all be called to the defendants' bench.

Gabriel Matzneff is a French writer who has received multiple official awards and recognition over the past 40 years, the Mottart and Amic awards from the French Academy in 1987 and 2009 respectively, the Renaudot award in 2013 and the Cazes award in 2015. Despite his pedophile practices profusely described in his books, he has long been sheltered from any criminal action and has enjoyed many benefits and honours thanks to broad support within the literary and political world. At the end of last December, however, a book by Vanessa Springora was published, in which the writer testifies to her suffering and the abuses she was subjected to by the writer, in her youth. In the 200-page book, Springora recounts her sexual experience from the age of 14 with the well-known writer Matznff.

The scandal which has emerged and the consequent controversies are digging into the complicity of all the French literary and political elites of the 80s and 90s of the last century, laying bare those who "laughing, thanking" and applauding "the art of loving" of a writer that has always publicly exhibited a long list of lovers of boys and girls between ten and fifteen years old. In 1975, Matzneff  had already written that what fascinated him was "peculiar, sex with the most extreme youth, between ten and fifteen years old. Some girls are still desirable after fifteen years. On the contrary, I can't imagine making love to a boy who has crossed the threshold of seventeen." In addition to the pedophile traces in his writings, in March 1990, the most famous and influential French literary critic of the last decades, Bernard Pivot, had interviewed Gabriel Matzneff in "Apostrophes", during his television program, inviting him to describe his "art of seduction" with boys and girls from ten to fifteen years old. Amid complicit laughter from the literary critic and several writers, there was Matzneff laughing at how he "managed" only to feel pleasure with very young boys and girls.

During that broadcast only the Canadian writer Denise Bombardier denounced Gabriel Matzneff pedophile behaviour, underlining its ignoble character and adding: "I do not understand how France and literature can accept to justify and applaud pedophilia, seduction and the abuse of children from ten to fifteen. It seems to me a despicable behaviour." In those years, Matzneff was an eminent collaborator of "Le Monde", President François Mitterrand considered him his friend, invited him to large receptions with the political and cultural elite of the Socialist left at the time. Years later, in 1995, President Jacques Chirac awarded Matzneff the Honorary Officer of Arts and Letters Award. All political France, from left to right, all literary France, from "Le Monde" to "Le Figaro", "had fun" with the stories by the "radical chic" Matzneff about the seductions of boys and girls from ten to fifteen years old.

Ten years later, at the end of last December, the editor Vanessa Springora, director of Éditions Julliard, one of the most important publishing groups in France, published a devastating book: "The Consensus", recounting how Matzneff seduced her at the age of fourteen and how he exercised the influence of a "guru", using her, manipulating her, reducing her to a "doll" for his intimate whims. The book also clearly and firmly denounces "the hypocrisy of a whole recent era" and asks that "a frank and sincere debate be opened" not only on Matzneff but on the entire cultural, literary, journalistic and political world accomplices of pedophilia.

President Macron called, immediately after the publication of the book, for a criminal investigation into Gabriel Matzneff to be opened, for systematically violating the French penal code for several decades. Culture Minister Franck Riester declared his "support" for "all victims" of the pedophile writer Gabriel Matzneff. Anything could happen, but the most mischievous, take for granted that the list of suspects will not stop at Matzneff alone, but will concern many other well-known names of French culture and society.

Just in these days, the publisher Gallimard, perhaps the most prestigious and well-known publisher in France, ended any association with the writer and withdrew all his works from bookstores.

The French literary world has reacted firmly to the scandal. Michel Onfray, recalling the preparatory debates for the 1997 issue of 'L'Infini' on the "Pedophilia Issue" and on "child sexuality", declared that among the dozens of known intellectuals who collaborated in that number, the "overwhelming majority were clearly in favour of pedophilia." Denis Tillinac, writer and publisher, took the opportunity to denounce the ostracism he suffered by the Parisian cultural world for his choice not to publish the works of Matzneff. The writer Christine Angot showed her deep disappointment at how a pedophile predator had been acclaimed by intellectuals and the French creme for many decades; Christian Lehmann and many others did the same.

In addition to the government complaint, the well-known anti-pedophilia and child protection association "l'Age Bleu" also filed a complaint and requested an urgent summons for Matzneff to appear before the Paris Criminal Court.

In his defense Matzneff, last January 7, during a statement released on BMFTV TV put his finger in the wound, "there are hundreds of thousands of French people, of every order and class who, even using drugs during their love affairs, believe they have freed themselves from the rules of bourgeois society." That is, so called 'artistic' (in the Polanski case) and 'literary' (in the Matzneff case) qualities apparently justify surpassing 'any moral and criminal rule.'  France will now have to deal with its own recent past, starting with the Petition of 26.01.1977 which (de facto) asked for the decriminalisation of 'pedophilia', written by Matzneff and signed by a flood of illustrious intellectuals, politicians and thinkers already protagonists of the revolutionary May of 1968 (Simone de Beauvoir, Cohn Bendit, JP Sartre, Michel Foucault, André Glucksman, Felix Guattari, Jack Lang, Bernard Kouchner, Jean-Paul Sartre, Philippe Sollers), in short, the French 'gotha dell'intelligencija' of those years who also became illustrious ministers of the French republic and European political leaders .

The 'Matzneff case' was born, lived and protected within an environment and between protagonists of the revolution of '68; the 'Matzneff case' is already a judgment on it and also on the benevolence, complicity and moral superiority with which the leftist and 'radical chic' culture has always tried to guide western society. Moreover, this French case, like it or not, is yet another confirmation of how profound and exact the analysis is, made by Pope Benedict XVI on the consequences of the absence of God from the public sphere, the moral and mental collapse, the 1968 Revolution. Today with more force, also thanks to these sad but salutary events, Ratzinger's analysis is confirmed and a firm and painful self-criticism of the entire western society and its (so-called) ruling classes is required with even greater urgency.