Mass and Sacraments: What we can learn from an American bishop

“We must preach the eternal life found in Jesus Christ.” All the more so in these hard times when people are in need of “hope and consolation.” The death of two of his priest friends due to coronavirus inspired Bishop Peter Baldacchino’s decision to restore the celebration of public Masses in his diocese of Las Cruces. His reasons should serve as a guideline. 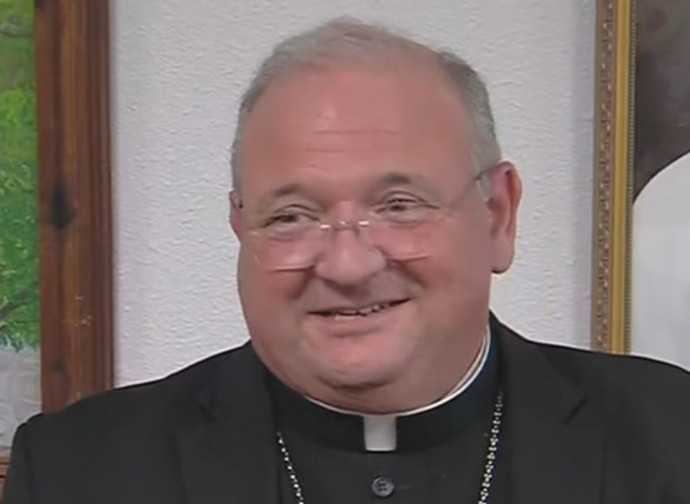 "We have been called by Christ and ordained to serve the people of the Diocese of Las Cruces (New Mexico), to bring them hope and consolation during this difficult time." With these words Peter Baldacchino is the first American bishop who has decided to restore public Masses. He urged the priests of his diocese to follow his lead, naturally in compliance with precautions imposed by the state.

Baldacchino is not reckless or naive of the widespread pain caused by the coronavirus. On the contrary. In the letter he wrote to the faithful of his diocese, the Las Cruces bishop specified that it was precisely the heroic sacrifice made by two of his dearest priest friends, both of whom died of coronavirus, which prompted him to revise his previous position.

“While it is true that we need to take every reasonable precaution to reduce the spread of Coronavirus, it is equally true that we offer the greatest ‘essential service’ to our people.” “The past few weeks have brought to light many unintended consequences of the ‘stay-at-home’ order." For example, requests for assistance from mental health services have increased by 891% while domestic violence has also increased exponentially. "Simply put", the bishop said referring to people who are currently locked in their homes with uncertain job prospects and terrorised of becoming sick, "people definitely need a word of hope."

“The eternal life offered in Christ Jesus needs to be announced. It was precisely the urgency of this announcement that drove the first apostles and the need is no less today. Christ is alive and we are his ambassadors," Baldacchino said. “Televised masses, he noted, have been an attempt to bridge the gap during this time, but I am increasingly convinced that this is not enough."

The bishop of the small diocese of Las Cruces then touched upon a delicate issue that is felt beyond the state of New Mexico and the United States in other countries around the world. Baldacchino recalled how recently the state of New Mexico had excluded churches from the list of "essential services."  “I strongly disagree,” he said. “It seems to me that while we run a daily count of the physical deaths, we are overlooking those who are dead interiorly." Priests can and must continue to exercise their ministry, he concluded.  “The faithful should not be deprived of the sacraments, especially when their lives are in danger."

Since its inception, the Church has often clashed with temporal powers. Since it was first established, the Church has always defended its freedom and placed the lives of her ministers (and not just them) on the front lines while defending religious liberty and announcing Christ’s victory over death.

Christians cannot bow to the whims of those who presume that earthly matters are the only ones worth considering.