Maniacs and perverts: dictators also between the sheets

Mussolini was a maniacal womaniser; Togliatti was duplicitous even in his betrayals and abortions; Hitler was bisexual, perverted and sadomasochistic; Berija was a pornographer and Stalin a paedophile for “plump underage girls”. The sex lives of the 20th century dictators are no shining examples of virtue. A detailed study. 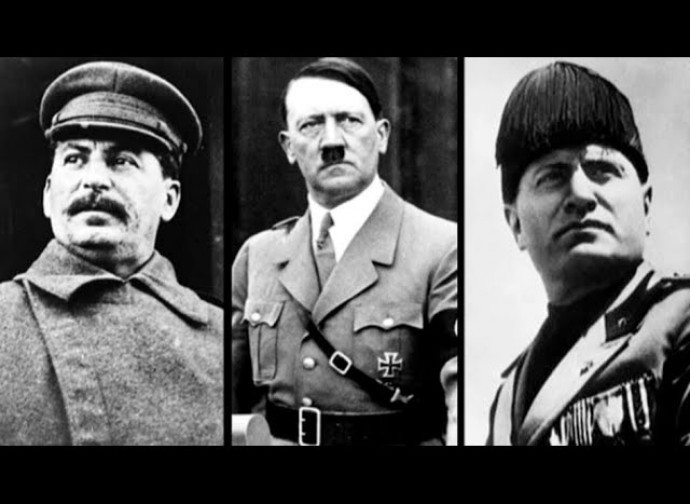 The private lives of great historical figures, particularly the dictators of the 20th century, are attracting increasing interest. Every inch of their lives has been investigated, in terms of their thinking, their political choices, etc., and they have also been the subject of much debate. For some time now, investigations into the private and emotional lives of Mussolini and Hitler in particular have also enjoyed considerable success (Stalin, on the other hand, has been less 'lucky').

Italy was marked for many years by the political activity of Benito Mussolini, first a Socialist leader, acclaimed on the left for his anticlericalism and revolutionary zeal, and then a Fascist.

Mussolini's love life is fairly well known: as a young man he was a theorist of “free love”, opposed to marriage and children (he translated a neo-Malthusian pamphlet entitled Meno figli, meno schiavi, “Fewer Children, Fewer Slaves”), close to left-wing feminism. Before he became Il Duce, he frequented brothels, managed even 3 or 4 relationships at the same time, disregarding the children that were born from them: they were destined for the madhouse, as in the case of the son he had by Ida Dalser, abandonment, or even abortion, as in the case of one of the two children he had by the very young Bianca Ceccato, his personal secretary at Popolo d'Italia.

Historians such as Mimmo Franzinelli, author of Il duce e le donne. Avventure e passioni extraconiugali di Mussolini, “Il Duce and Women. Mussolini’s Extramarital Affairs and Passions” (Mondadori, Milan, 2013), and Antonio Spinosa, who wrote I figli del duce, “The Duce’s Children” (Rizzoli, Milan, 1983), have investigated the story of some of the Duce's mistresses, from the Jewish socialists Angelica Balabanoff and Margherita Sarfatti to Ida Dalser, Leda Rafanelli (an expert in cartomancy and the Koran), Giulia Mattavelli... up to, for the sake of brevity, Claretta Petacci.

Roberto Festorazzi sums it up as follows: “the voracious consumption of female flesh was a constant in his life”, along with the use of drugs, “as a sexual stimulant” (Roberto Festorazzi, Margherita Sarfatti. La donna che inventò Mussolini, “Margherita Sarfatti, the woman who invented Mussolini”, Colla editore, Vicenza, 2010). His youthful frequentation of brothels led Mussolini to consider sex his “obsession” (he even feared for a long time that he had contracted syphilis), so much so that doctor Pierluigi Baima Bollone did not hesitate to describe the Duce as a “sex maniac” (Pierluigi Baima Bollone, La psicologia di Mussolini, “The Psychology of Mussolini”).

We know that the Duce of Fascism - who was part of a libertarian trend that ranged from the “free love” of the left, to the exaltation, on the right, of the “quick and easy” relationships of the Futurists, of the “open couple” and of the homosexuality of the people of the city of Fiume [now Rijeka in Croatia] and Gabriele D'Annunzio – he also wanted to introduce divorce, but stopped to avoid an additional opportunity for conflict with the Catholic Church[i].

The abortions of Togliatti and Spallone

From this point of view, Mussolini's story closely resembles that of another champion of duplicity, Palmiro Togliatti, leader of the PCI, the Italian Communist Party: “Il Migliore”, i.e. “The Best”, also did not spare public praise of the family, rhetorical exaltations of the offspring, while cuckolding his wife Rita Montagnana, neglecting their sick son and courting women much younger than his wife, pushing them, when “necessary”, to clandestine abortion (the fact would become public knowledge in 2000, when it was discovered that at the Villa Gina private clinic of his trusted doctor, Ilio Spallone, “abortions were performed even in cases where the pregnancy was very advanced, even with patients in their sixth month, even with patients who did not want an abortion”, see Repubblica, 9/6/2000).

The homosexuality of Hitler and the SA leaders

The “maniac” Mussolini, after his first encounters with Adolf Hitler, towards whom, as is well known, he felt a mixture of attraction and repulsion, called the German “a crazy sex maniac”. Apart from this definition, the sexuality of Hitler and various Nazi hierarchs was for years, until 1934, at the centre of much debate in Germany: at a time when the crime of sodomy (art.175) still existed, Catholic, Communist and Social-Democratic newspapers accused the NASDAP leader of being the head of a “homosexual clique”.

On 5 July 1934, i.e. after the Night of the Long Knives, for example, the Communist Deutsche Volks Zeitung claimed that Hitler had assassinated “accomplices who had become dangerous” especially because they knew “the private life of the homosexual Führer”. Where did the accusation come from, raised by journalists who also stigmatised Nazi racism, and who would pay with their lives, like Fritz Gerlich?

The Jewish historian and homosexual George Mosse, in his most famous study on the subject, Sessualità e nazionalismo, “Sexuality and Nationalism”, (Laterza, Rome-Bari, 1996), recalls that homosexuality was very fashionable among the ex-combatants of the German nationalist and racist right, who were very prone to contempt for women and to the cult, which Nazism would foster with insistence, of the beauty of the male body. For these supporters of homosexual “pride”, who had often shared, like Hitler, the years of military service and war with only men, homosexuals constituted “the flower of virility”, and their naked bodies were a symbol of strength, courage and contempt for bourgeois and Christian pseudo-values (modesty, discretion...).

In particular, the homosexuality of Ernst Röhm, leader of the SA, the most powerful man in the party after Hitler (who in 1933 appointed him Reichsleiter and minister in his first government), was well known and publicly claimed. Mosse recalls: “In 1932 Hitler had vigorously defended Röhm when he was publicly accused of corrupting the youth by abusing the rank of commander to seduce some of his men”.

Also the historian Joachim Fest in his Il volto del Terzo Reich, “The Face of the Third Reich”, (Mursia, Milan, 2011) points out the “typically homosexual imprint of the SA”, and describes the early Nazis as stateless and uprooted who despised “solid ties and therefore also those with women and family”, seeing in women the means to procreate, but in homoerotic love, already practised by the Greek pagans, a higher dignity.

Historian Francesco Maria Feltri summarises Nazi-style homosexualism as follows: “From the start, Nazism opposed feminism, which Hitler branded as an absurd and dangerous Marxist innovation. At first, however, the movement had a much more fluid and ambiguous attitude towards homosexuality. Nazism was the child of war and celebrated the chosen community of those who had lived through the exceptional experience of the trenches together; women were a priori excluded from this male world, which considered itself superior because it was made up of men who had lived through the storms of steel of the world conflict. Moreover, as time went on, Nazi propaganda made increasingly frequent use of the male nude, seen as the privileged vehicle for conveying the idea of the superiority of the Aryan race over all others. In this context, it is not surprising that a particular type of homosexuality, which despised women, could spread among the Nazi ranks, especially among Röhm's SA...” (Francesco Maria Feltri, “Nazism and Gender Identity”, in Chiaroscuro. Corso di storia, vol. III, Sei, Torino, 2010).

As for Hitler, the “accusation” also fell on him, not only for the many male friendships and the obvious lack of interest in women, disguised, as many claim, by the fake relationship with Eva Braun, but also for his obsessive desire to remove all traces of everything related to his youth, as if to hide something that would debase him in the eyes of the country. Thus a witness such as the former Nazi Hermann Rauschning, author of “Hitler Speaks” (1939): “More disgusting than anything else is the stinking miasma of furtive, perverted sexuality that emanates and pollutes the atmosphere around Hitler, like a diabolical effluvium. Nothing in this environment is open. Clandestine relationships, false feelings, secret lusts, as well as mystifications and symbols: nothing of what surrounds this man is natural and genuine, nothing has the freshness of a natural instinct”.

A few years ago, on 15 May 2001, the daily newspaper Repubblica reviewed the CIA's revelations - also based on the accounts of Ernst Franz Sedgwick Hanfstaengl, Hitler's former press secretary - on the perversions of the Führer, who was described as “homosexual and heterosexual, a pervert, a sadomasochist with a disastrous sex life”, just like his deputy Rudolf Hess, also known as “Frau Anna” and the aforementioned Ernst Röhm.

Nothing new, really, but just another addition to the revelations about the Führer's homosexuality in “Nazi Rome” (1949) by Eugen Dollmann (Hitler's personal interpreter and Himmler's delegate); in Der nie Verlor (1947) by Fritz von Unruh; in the long and thorough investigation by the historian Lothar Machtan, published in English as “The Hidden Hitler” (Basic Books, New York); or, to get to the present day, in the essay by Mirella Serri, professor at La Sapienza in Rome, entitled Gli invisibili. La storia segreta dei prigionieri illustri di Hitler in Italia “The Invisibles: The Secret History of Hitler's Prisoners in Italy”, (Longanesi, Milan, 2015).

In this latter book, the author, in addition to revealing the clandestine love affairs with men of Prince Philip of Hesse (husband of Mafalda of Savoy and important intermediary between Hitler and the Duce), recalls that the young Hitler, like the upstart Mussolini, was also watched by the police, and that the dossier dedicated to him contained names, surnames and testimonies of several young men aged 18-20 years, with whom the future Führer used to spend nights, for a fee.

Berija's life was a whirlwind of sexual violence and rape of actresses and sportswomen who were summoned to his dacha and threatened with concentration camp if they refused to submit. “Some mistresses... unfortunately become pregnant”, but the police immediately organised “reparative abortions” in the MVD medical department. When some children conceived during the rapes and the parties of the Communist hierarchs escaped abortion, they immediately ended up in an orphanage (S.S. Montefiore, Young Stalin and Stalin's Men).

[i] On the day after the referendum on divorce in 1974, the former Fascist Foreign Minister and Minister of Justice, Dino Grandi, expressed his satisfaction with the outcome to the journalist Benny Lai, explaining that it had finally come to what he and Mussolini had also wanted, so many years before: “Mussolini demanded that the Holy See, which had reinforced its strict neutrality after Italy's intervention in the war, should side with the Axis powers. In turn, Hitler insisted, with his well-known stupidity, that Italy break with the Holy See. At that time... it was up to me to draft the new Civil Code. Well, I received peremptory orders from Mussolini to draft the articles on marriage in such a way that they were contrary to Article 34 of the Concordat... So I rebelled, I rebelled for tactical reasons”. So in the end Mussolini said: “These priests have screwed me. Maybe you are right (to say that this is not the right moment, ed.)...” (Benny Lai, Il mio Vaticano. “My Vatican”). 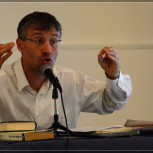