Luigi Giussani: the 'great companionship' of the Church

Today marks the 100th anniversary of the birth of the servant of God Fr Luigi Giussani, founder of Communion and Liberation, whose members will be received in audience by the Pope this morning. We entrust his memory to the words of one of his earliest and closest pupils, Msgr Luigi Negri, taken from his latest book 'Con Giussani. La storia & il presente di un incontro" (Edizioni Ares, Milan 2021). 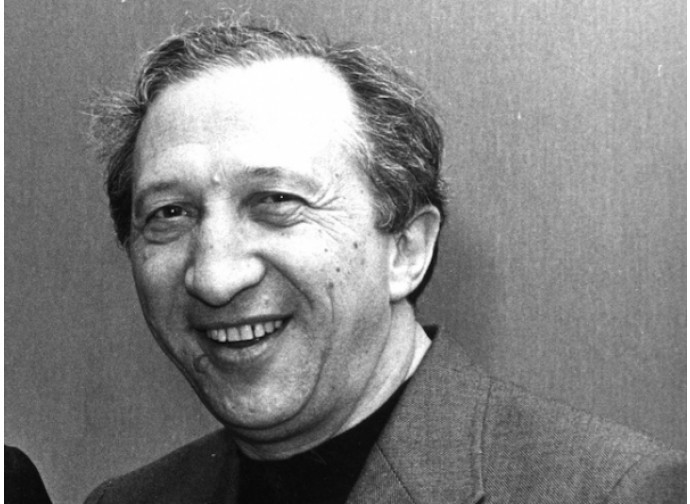 At this point I believe it is useful to dwell on a very defining aspect of Giussani as a person: namely his love for the Church as the people of God and the body of Christ. Companionship, which I have previously recalled as a fundamental dimension of the Christian experience that Giussani managed to engender and grow, has a protagonist within it: it is each one of us, but it is something more than us, something in which "our us" and "our I" find their profound truth.

Giussani did not set the "I" as the starting point, nor did he set the conditions, the circumstances. At the Berchet Lyceum, as I think I have made clear, we did not start from the "I", if by "I" we mean that significant but provisional emergence of one's own feelings, one's own problems, one's own projects. On the contrary, the 'I' was precisely what we discovered in the experience in which we were involved. We did not even start from the analyses of psychologists or sociologists committed to describing and explaining society. No one was more aware than Giussani of the value of the sciences, and for that very reason also of their limitation.

Therefore, he never based his path on science, on any kind of science; at most, he asked science for confirmations or developed a positive dialectic starting from it or from the possible objections that arose from it, but he never automatically accepted as ‘the truth’ the theory of any sociologist or psychologist, of any learned and scholarly person of our time. The true subject of this companionship, the starting point of our history, is the Christian people. Giussani, commenting on the Canticle of Sunday Morning Lauds, during a meeting with the university students of Communion and Liberation in the early 1990s, expressed it admirably:

"His [Christ's] victory always takes on the countenance of a people that nothing can suffocate and destroy. This is the meaning of the Benedictus: the first face of this people through whom God dominates the world, the face of that select Jewish people. [...] It is through me and you that God wins; through 'me and you': it is already a companionship, it is already the beginning of a people. When you marry, what is that 'you and her', 'you and him', if not the beginning of a people? If you do not perceive it as the beginning of a people, you are already excluded from the greatness of that into which you introduce yourself, you are as if cast out of that which you attempt to embrace. “You in Your mercy have led forth the people whom You have redeemed”; the great companionship, which is other, more than "me and thee": "me and thee" is Him; it is He - He - our great companionship, “In the place, O Lord, which You have made for Your own dwelling”. Nowhere on earth is this awareness as clear as among us".

On the same occasion, reproaching the university students for not singing as they should have, he added: "This, in any case, is the people that the trumpets of Assisi sang in the Hymn to the sentries [...]: it is a song to be learnt well, so as to avoid the crowd suddenly going silent because no one knows what to say and the soloist carries on with his feeble voice, giving a rather bitter impression of loneliness".

And this is an extraordinary image to help us understand the inseparable link between 'I' and 'people'. The 'I' is reduced to a 'feeble voice' without the chorus of the people, and its solitude gives the listener 'a rather bitter impression'. Instead, in Christian companionship the 'I' is fully valued because the people and not the mass comes to the fore. If the mass prevailed, there would be no place for the 'I'; but even without the people, the 'I' would not be able to be fully itself. Without Baptism, the Eucharist, Confirmation, the Christian life, the liturgy, the community, the magisterium that guides it, the 'I' could not fully exist as a person.

The protagonist of the life of history is Christ in His people. This, ever since the time at the Berchet Lyceum, immediately emerged in whatever one talked about with Giussani, and, let us not forget, as I pointed out above, one could and should talk about everything because life is made up of everything. The protagonist of the great Christian companionship, in which Fr Giussani is more present than we are, is the people of God who are eternal like God, even if their faces, forms, and ways change. Moreover, in Giussani the impossibility of reducing communality and the Church, both as a whole and in its particular forms - the diocesan community, the Movement, the family - to a sociological, psychological, relational datum emerged clearly.

First of all, the Church is a mystery to be adored, to be venerated. A mystery that is holy and divine not because Christians are impeccable, but because it is founded by the action of the Holy Spirit. This is why it cannot simply be conceived as a structure to be deconstructed because it is not in step with the times, even assuming that times and changes are always positive; in fact, it would be necessary to understand where change leads before affirming its positivity. I believe that, in a context such as today's, in which the widespread image of the Church has returned to being that of a structure to be adapted to the times, therefore to be deconstructed in order to reconstruct it according to new revolutionary perspectives, it is truly fundamental to fully recover the reading of the Church as a sacramental datum carried out in quite a timely manner by Giussani.