Living Tradition and the misunderstanding about Vincent of Lérins’ position

Fidelity to Tradition is the principle for all true progress in the Church. Synodality, on the other hand, represents a break in continuity. Francis reveals a misunderstanding of "living tradition" when he uses a famous quotation from St. Vincent of Lérins, whose thought, when taken as a whole, however, referred to dogma. 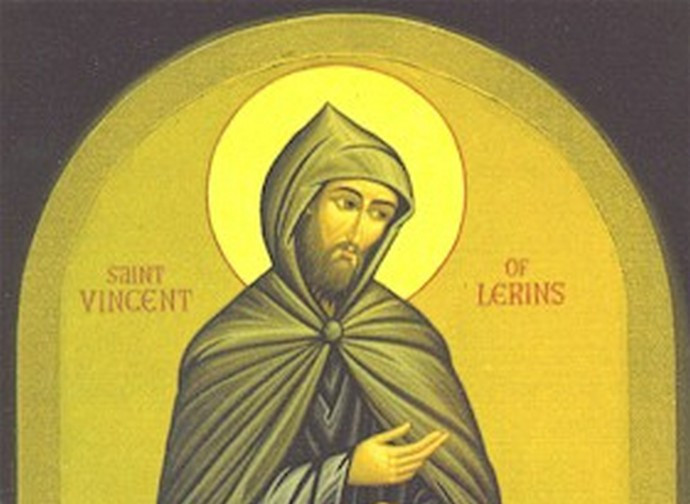 Cardinal John Henry Newman exhorted: “Build on ancient foundations and you will be safe: do not start anything new, do not experiment... lest in her old age your Mother (the Church) be put to shame”. In this 1849 address on the Catholic mission, he clearly asserted a principle: fidelity to one's own history is a guarantee of stability for the future. This is how it should be for every Catholic: fidelity to Tradition in order to innovate or build the Church in a stable and 'earthquake-proof' way. But today, the Trojan horse of synodality is being used by those who want to open the way for imbalance and rupture.

According to Pope Francis, synodality expresses the nature of the Church, its form, its style, its mission, and  some of its variations. As opposed to the rigidity and top-down nature of hierarchies, synodality should be considered the selfsame movement of Tradition, which would lead to a turn towards the sensus fidei and its infallibility in credendo; due to the fact that synodality means "walking together", it is the people of God and not someone else, even if the shepherd of the Church, who indicates the direction of travel, because the people would have the "nose" for the right direction. Consequently, according to some observers, synodality corrects the Petrine primacy, and thus the baptized believers who participate in the worship, listening and teaching of the word may also govern the Church. This would do away with the 'paternalism' of the hierarchy. It is a pity, however,  that those who support this view have not realized that  paternalism is what has produced, for example, Traditionis custodes.

All this seems to stem from the notion of 'living tradition' Pope Francis has in mind when he resorts to the quotation from St Vincent de Lérins: 'ut annis scilicet consolidetur, dilatetur tempore, sublimetur aetate' (progressing, consolidating with the years, developing with time, deepening with age). He mentions it in the 2015 encyclical Laudato si' (121) to indicate the Church's growing self-understanding both in tune with and dependent upon dialogue with the world; in his speech on 11 October 2017 - the twenty-fifth anniversary of John Paul II's Apostolic Constitution Fidei depositum on the Catechism of the Catholic Church - to justify the amendment of the article on the death penalty; again, in the closing address delivered to the Synodal Assembly on Amazonia, on 26 October 2019; finally, in the address to the faithful of the diocese of Rome, on 18 September 2021, to launch the synodal process. It may be deduced that this quotation constitutes the recurrent yardstick by which he measures the "rigidity" or otherwise of people and things.

Yet, the quotation from the famous monk refers to the dogma of the Christian religion, and this excerpt continues like this immediately afterwards: "It is necessary, however, that it always remain absolutely intact and unaltered". Indeed, as he had reflected earlier: "Some may ask: will there never be any progress in religion in the Church of Christ? There certainly will be, and a great deal. For who can be so much of an enemy of men and hostile to God as to wish to prevent it? However, one must be careful that it is a true progress of faith and not a change. True progress occurs through internal development. Change, on the other hand, occurs when one doctrine is transformed into ‘another one’. It is therefore necessary that, with the progress of the times, the understanding, knowledge and wisdom of individuals and of all, of one alone and of the whole Church, should grow and progress as much as possible. However, the kind of doctrine, the doctrine itself, its meaning and content must always remain the same".

After explaining that it is the law of nature itself that governs the organic development of bodies, St Vincent states: "The dogma of the Christian religion must also follow these laws. It progresses, consolidating with the years, developing with time, deepening with age. It is necessary, however, that it always remain absolutely intact and unaltered [...]. Moreover, if one begins to mix the new with the old, foreign ideas with domestic ones, the profane with the sacred, this will necessarily spread everywhere, and with it, in the Church, nothing will remain intact, uncontaminated, inviolate, immaculate" (First Commonitory, ch. 23; PL 50, 667-668). The phrase In italics quoted by Pope Francis, which, taken out of context as happens not infrequently with other sources in his documents, suggests just the opposite of the author's thought; in this case, that the doctrine is on the move, advances, grows and - above all - evolves, that is, can change (Cf. PAPE FRANÇOIS, Politique et société. Rencontres avec Dominique Wolton, Éditions de l'Observatoire, 2017, ch.7: "La Tradition est un mouvement", pp.315-350).

To confirm Pope Francis’ misunderstanding, it should be noted that in the previous chapter 22 of the Commonitorium, Saint Vincent of Lérins had formulated a failsafe rule for distinguishing faith from heresy, which is sometimes referred to as the Lerinian canon: "in ipsa item catholica ecclesia magnopere curandum est ut id teneamus quod ubique, quod semper, quod ab omnibus creditum est" (even in the Catholic Church itself we must be very concerned that what we profess has been held to be so everywhere, always and by all). The holy monk outlines the just faith according to spatial (ubique), temporal (semper) and plenary (ab omnibus) directives; but this "Catholic rule" is never mentioned by Pope Francis.

Sufficient unto itself, however, would be the concept of Tradition which comes from the Apostles, and progresses in the Church with the assistance of the Holy Spirit (cf. Dei Verbum, 8) to present what living Tradition is, without neo-modernist falsifications which add "living" in order to relativize, for example, the objective deposit of faith and dogmatic formulations through their being contextualized in history, mixing up progress and change, emphasizing the role of persons and their acts, and turning the distinction between revelation and the assistance of the Holy Spirit to the Church into a rather fluid notion [cf. L. JESTIN, "Sur le concept de Tradition vivent", Catholica, 2022(154), pp.16-17 ]. Such falsifications do not correspond to the concept of living Tradition formulated by its 'inventor' Johann Adam Möhler, and confuse it with a theology that seeks to be somewhat contemporary, whereas Tradition sees everything sub specie aeternitatis. We must believe in the God who reveals and not in the theologian who expresses an opinion, because it is truth that measures man, not man who measures the truth.