Liturgy, an "investigation" into Cardinal Sarah's management gets underway

A raucous decision has been made inside the Vatican. An Apostolic Visitation has just began at the Congregation for Divine Worship and the Discipline of the Sacrament which, until just three weeks ago, was headed by Cardinal Robert Sarah. This is the first time that a Vatican Congregation has been placed under investigation. This explains why Pope Francis accepted Sarah's resignation without appointing a successor right away. The Apostolic Visitor is Bishop Claudio Maniago, who has both a liberal vision of the liturgy and has faced accusations in the past of moral transgressions. The decision, whose motivation is still unknown, could also be linked to recent revised measures for Masses celebrated inside St. Peter's Basilica, directives which penalise the Extraordinary Form of the Roman Rite. 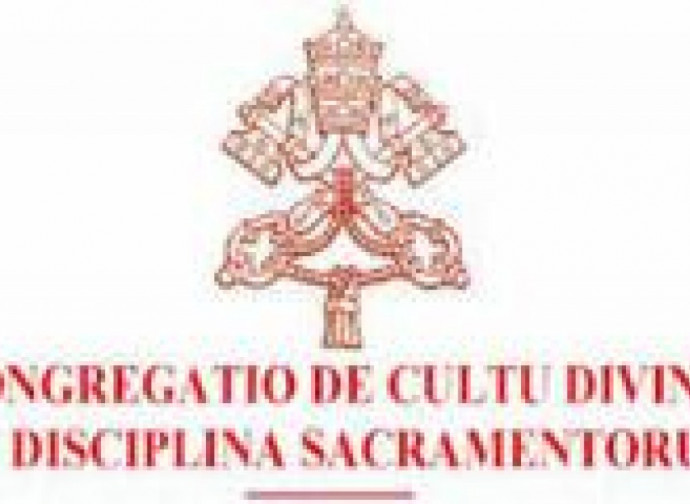 Three weeks after Pope Francis's acceptance of Cardinal Robert Sarah's resignation there could be a turning point in the mystery as to why the Prefect's job has been left disturbingly vacant  According to information gathered by The Daily Compass, in fact, the Congregation for Divine Worship and the Discipline of the Sacraments has been ordered to undergo an Apostolic Visitation starting Monday, March 15. This is particularly noteworthy because it is not  a diocese nor a religious order that is being investigated but rather a department of Roman curia.

This is an investigation whose content and motives are presently unknown. Will it concern the former Guinean prefect’s past management or, rather, will it be directed more generally at the future of the Catholic liturgy? What we do know, for now, is that the Apostolic Visitor will likely be an Italian bishop. It will not be, however, Bishop Vittorio Francesco Viola, who many had picked as the likely successor of Sarah as prefect. According to sources gathered by Oltretevere, in fact, Bishop Claudio Maniago would lead the Apostolic Visitation at the Vatican’s Palace of the Congregations.

Maniago, currently Bishop of Castellaneta (Southern Italy), is also President of  Italian Bishops’ Conference’s Liturgical Commission. He is a choice, therefore, that would be in continuity with what was seen in the last Consistory: confirming the good times that the Italian episcopate - or at least a part of it – now seems to enjoying during Francis’s pontificate. The appointment of the Bishop of Albano, Marcello Semeraro, as Prefect of the Congregation for the Causes of Saints also follows this trend. These are signs of special consideration, perhaps, in view of the forthcoming opening of the much-needed national synod of the Italian Church, which had previously met with great trepidation by the Italian Bishops' Conference, prior to the draft being presented only five years following a speech in which the Pope asked for it at a Florence gathering.

Bishop Maniago is very much tied to the Tuscan city of Castellaneta. He was born there and since 2003, he has served as auxiliary bishop, the youngest in Italy at the time of his consecration. Since then, he been dubbed the enfant prodige of the Italian episcopate. Already back in 2006 he was considered to be set to lead a diocese. His predestined career took a sharp turn, however, in 2007 following accusations made against him for having covered up for Fr. Lelio Cantini, a priest laicised by Benedict XVI for the "crime of multiple and aggravated abuse of minors." Testimonies of his alleged ethical transgressions ended up in an investigation conducted by the Florence public prosecutor's office of the former Regina della Pace parish priest. His name was mentioned in newspapers because of a leak of information made against him  and for which the then Archbishop of Florence, Cardinal Antonelli, had strongly taken sides. Antonelli had sent an e-mails to parishes asking them to rally around their auxiliary bishop and the "mudslinging" directed at him.

Maniago was not investigated and the prosecutor's probe ended up being closed, but not before he was appointed to lead a diocese. He had to wait until 2014 for his nomination as Bishop of Castellaneta. In 2015, he was elected President of the Italian Bishops’ Conferences’ Liturgical  Commission and was later chosen by Pope Francis as a member of the Congregation for Divine Worship.

His Apostolic Visitation will begin at a time when liturgical issues in the Church are quite shaky. Shaky not so much because of the recent resignation of Cardinal Robert Sarah, the man with whom Benedict XVI said the Liturgy would be in good hands, but because of the release of a document released this March. In this document, the General Affairs Section of the Vatican Secretariat of State ordered that private celebrations be suppressed inside St. Peter's Basilica, while ordering con-celebrations that are to be "liturgically animated, with the aid of lectors and cantors."

Bishops or priests accompanying groups of pilgrims will be able to celebrate Masses in St. Peter’s Crypt. A separate provision was made regarding for what is called "the extraordinary rite"  (not the extraordinary form of the Roman rite). It is specified that "authorized priests may celebrate" it at four specific times in the Crypt’s Clementine Chapel.

The measures will be enforced starting  March 22, 2021, while no expiry date was indicated. This might lead us to rule out any temporary duration, also because there doesn’t seem to be any direct link to the current health emergency. The document’s preface states that the purpose of the measure is to ensure "a climate of recollection and liturgical decorum".

It is totally strange that in the document, which specifically concerns St. Peter's Basilica, makes absolutely no reference to the basilica’s archpriest, Cardinal Mauro Gambetti, who recently replaced Cardinal Angelo Comastri. The document, published exclusively two days ago by the Messainlatino.it blog, was not pleasing at all to Cardinal Raymond Leo Burke, who issued a statement on his website critical of both the order’s form and content.

The Prefect Emeritus of the Apostolic Signatura wrote that the provisions raise concerns that “pertain not only to the Papal Basilica of Saint Peter, but to the universal Church, inasmuch as the Papal Basilica of Saint Peter is, in a particular way, the spiritual home for all Catholics, and, as such, should be a model of liturgical discipline for the particular Churches." The American cardinal, who is an experienced canonist, noted that it  “is an unsigned document from the First Section of the Secretariat of State, without a protocol number, legislating regarding the most sacred aspect of the Church’s life, the offering of the Holy Mass. It bears the seal of the First Section with initials. While the document appears to be authentic, that is, not forged, it cannot be retained to be a document containing valid legislation for the Sacred Liturgy.”

Regarding the differentiation for celebrants of Extraordinary Form Masses, Burke challenged the use of the expression "authorized priests" by appealing to the Summorum Pontificum which states that "no priest needs authorization to offer Holy Mass according to the Extraordinary Form of the Roman Rite." In his statement, the Cardinal Patron of the Sovereign Military Order of Malta called for document’s revocation before it enters into effect " for the sake of the Catholic faith and for the good order of the Sacred Liturgy."

Are the new rules on private celebrations in St. Peter’s Basilica in any way related to the likely Apostolic Visitation to the Congregation for Divine Liturgy and the Discipline of the Sacraments? It is still too early to have an answer to this question.