"Let's not keep God in quarantine: let's ask Him to stop the pandemic"

"Since the beginning of the pandemic we have been praying to ask the Lord to give us the strength to endure it, but more rarely do we ask Him to put His hand to stopping it. God is seen not as the Creator of the cosmos, but as the companion on our journey. Yet, He can direct the action of the causes that produce a physical phenomenon, while respecting the laws of nature. And Christian prayer assumes that God can act in the biophysical world in which we live". Interview with Father Serge-Thomas Bonino, Dean of Philosophy at the Angelicum. 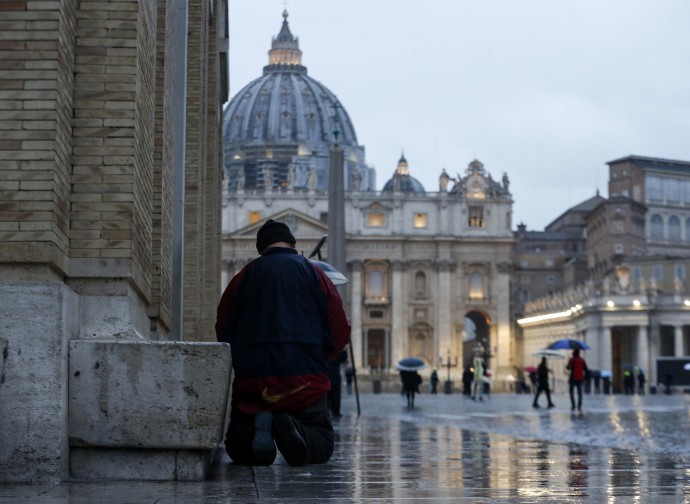 "We are trying to keep God as far away as possible from the pandemic as such, as if we were afraid of infecting him." Professor Serge-Thomas Bonino O.P. (pictured below), Dean of the Faculty of Philosophy at the Angelicum and Secretary General of the International Theological Commission for a decade, uses a striking image to describe the absence of God in the public debate on the event that has been monopolising our lives for almost two years: the Covid-19 pandemic. Is it really a phenomenon that takes place in a field, the biophysical one, where Providence is irrelevant? The Dominican, one of the most authoritative theologians in the world, was interviewed by the Daily Compass about the current situation.

Do you think that, during almost two years of health emergency, we have prayed to the Lord "properly"?
Since the pandemic broke out we have prayed to ask the Lord to give us strength to endure this situation and to be in solidarity with one another. This is all well and good, but we have more rarely asked the Lord to put His hand to stopping the pandemic. This reveals to us that even in the mentality of Christians, the idea prevails that God can act within us, but does not act in the world except through people. In the face of the pandemic, God is seen not as the Creator and Master of the cosmos, but at best as the travelling companion who sustains our hope in the fight against evil. But this is a Gnostic approach that relegates salvation to the subjective sphere.

Yet in the Roman Missal, in the various prayers at Masses, one still finds those intended, for example, to ask for rain.
The prayer for rain is often criticised. It is clear that one who prays for rain does not expect a cloud to suddenly appear and a storm to start! But there are many factors involved in producing physical events, and we cannot exclude the possibility that God may direct natural phenomena to produce rain at a given time. In the case of the pandemic, if we believe that God is also Creator of the material world, He can direct the action of the causes that produce a physical phenomenon, while respecting the laws of nature. He does not use a magic wand, but Providence has many other means of directing things from within. 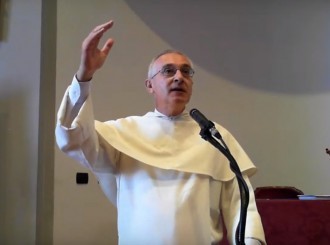 Don't you think that today not only the faithful, but theology itself is somewhat afraid to affirm this concept?
Christian prayer assumes that God can act in the biophysical world in which we live. This conviction requires a metaphysics and a theology in which divine action is presented as a possibility. If, on the other hand, we close ourselves off to a worldview based solely on the scientific approach, we fall into reductionism. What the sciences say is right, but they do not say everything about being. In "Infancy of Jesus", Benedict XVI wrote that "God is God and does not move only in the world of ideas". Therefore, it is not only He who can change our view of reality and our personal relationships. On the other hand, if God cannot act on material reality then we cannot explain why we believe in the Resurrection and the transformation of the cosmos at the end of time.

Regarding Ratzinger: isn't this confinement of God to the realm of subjectivity in order to exclude Him from the realm of nature a mirror image of the attempt - repeatedly denounced by the Pope emeritus - to relegate Him to the private sphere in order to eradicate Him from the public sphere?
They are two somewhat different things, but not entirely unrelated, because at the moment the public sphere, in the secularised society in which we live, has adopted science as the only point of reference that is considered true and acceptable by all. Science methodologically prescinds from the action of God and therefore, if we take it as the only reference point for public discourse, it is clear that we exclude God. We have forgotten that there is another possible view of phenomena, a metaphysical and theological view that does not cancel out the scientific view, but goes further and is deeper.

On the other side of the fence, for various reasons, there are those who see Covid as divine punishment. What do you think of these tendencies?
This view of God allowing catastrophes as a form of punishment has been used in the past in an unfair way: we cannot say that a person has become infected because he has committed sin! We are not in God's place and are not able to identify the precise reasons for his actions and permissions with respect to evil. However, it is wrong to dismiss any theological interpretation of the pandemic from a moral-intentional perspective. The general idea that what happens in the biophysical world has meaning is indispensable for theology. We cannot say that everything that happens in the biophysical world is accidental. In classical theology, the evil that afflicts us has to do with the consequences of the past and can in a sense be interpreted as a punishment. Unfortunately, there is now a widespread idea that God can only be good, in the sense of do-goodism. Punishment is no longer seen as an act of justice (hence a good act) but exclusively as a form of violence, so attributing it to a good God becomes unacceptable. Whereas in classical theology justice is part of goodness. Now justice is considered a necessary evil, but it is not: rather, it is a manifestation of God's perfection and thus the just order that is imposed also through punishment.

Paradoxically, the idea of the pandemic as a punishment against humans, abandoned by religion, has been revived by environmentalists.
This means that the notion of punishment, having gone out the door, has come back in through the window. It is a fundamental anthropological question of mankind in his relationship with the universe. People need to make sense of what happens in the biophysical world. The difference is that in the Christian vision there is always a relationship between person and person and, therefore, the judge who punishes does so for intentional reasons; whereas the divinity of nature is a blind divinity. I don't know if humanity has gained much in the transition from the just trial allowed by God to the revenge of Gaia.

Why is it so much more difficult today to make the idea of nature rebelling against mankind acceptable to Christians themselves when mankind rebels against God?
Because it touches on the most difficult issue of Catholic doctrine, that of original sin: if we are exposed to this kind of tribulation it is because of mankind's break with God. According to the doctrine of original sin, human beings and nature were not created to live in a state of opposition, such as the present one. Mankind was created in Paradise, i.e. in a state of communion of vocation with the cosmos. After sin he was cast out into a world in which nature became hostile to him. There was, therefore, a communion between man and nature that was linked to that between mankind and God. But if the first link is broken, the second is also broken, namely that between humans and nature. It is an omnipresent theme in the Bible: every time mankind separates himself from God, nature becomes man's enemy. It is an important theme in Catholic theology. There are theologians who want to reduce the theme of original justice and original sin to a myth. But it is much more than that: it expresses in mythical form a fundamental truth.

Speaking of original justice, do we discount the fact that even a part of contemporary theology no longer believes in the notion of the fall of man?
The modern view is marked by the doctrine of evolution, according to which human beings gradually evolve. However, if God had created mankind in the state in which we are today, it would be a problem for the goodness of God because it would mean that He would have put us in harms way from the very beginning. The doctrine of original sin tries to give an answer to this problem, arguing that the situation we are in is not that of mankind created by God's hands but is a situation we have created for ourselves. I make an analogy with demons: Catholic tradition says that demons were not created demons, i.e. evil, but angels because otherwise it would mean that God would be responsible for their wickedness. They committed a sin, and therefore turned into demons from the angels they were.

So, what is the most theologically correct interpretation to give to the events of the last two years?
We do not know the deep reasons (always wise and good) why God has allowed this pandemic, but we do know that they exist. Generally speaking, we know that God is not absent and that a trial like this is an invitation to conversion, to take seriously the fact that life is not a foregone gift and that we must live it in the right way, handing ourselves over to God's paternal Providence.