“Let me tell you about my friend Saint Josemaría Escrivá”

Pippo Corigliano, a former spokesman of Opus Dei, tells us what it means to have lived alongside a saint and how this encounter completely changed his life. He reveals to us the most fascinating parts of Saint Josemaría, the things that won thousands of souls to the love of God. Because this was Escrivá: “A father who taught us to love the world like Jesus, to call God ‘Daddy’ and to laugh at life to the point of tears.” 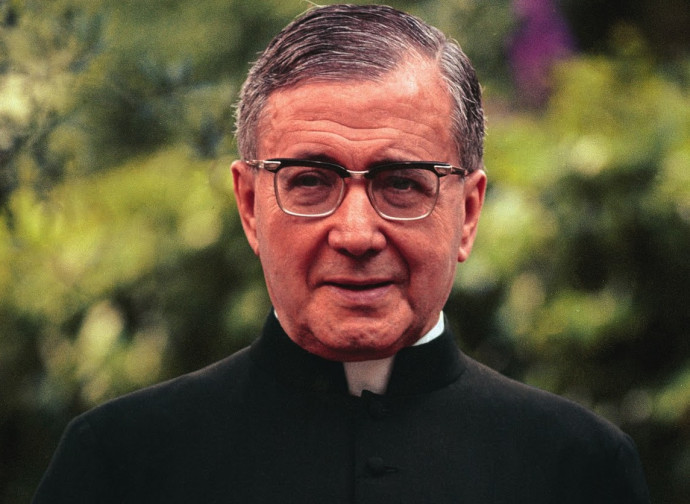 Not everyone has the grace of knowing a saint during their life, and even fewer people can say that they had a saint for a friend. But this is exactly what happened to Pippo Corigliano. And we can say that his profound friendship with Saint Josemaría Escrivá literally overturned his life. “I dreamed of having a green MG with a tennis bag in the back seat and an unspecified blonde next to me.” Instead, he found himself traveling the world to bear witness to everyone to the love of Christ and the beauty of the Christian life. In the end, as his friend Indro Montanelli said, he became a sort of “mystic with a sharp-looking tie.”

The reasons for this revolution of his life are many, and the engineer from Naples, who for over forty years was the spokesman for Opus Dei, has put them together in “Il Cammino di san Josemaría," his latest literary effort for Mondadori publishers. The book however does not only speak of the holiness of Josemaría Escrivá, but above all it narrates the personal path that Corigliano walked in the footsteps of Jesus after his encounter – a path of love, of faith, of hope and of overwhelming joy. So that, after reading the book, we understand that the saint of the Work was truly a saint, or rather someone who, when you meet him, involves you, overwhelms you, makes you fall in love with God, and then, in a certain sense, exits the scene. In the exact same way as the Blessed Mother, who does everything only to bring each person within the arms of her Divine Son.

Corigliano, you are cheerful through your Neapolitan spirit, but I would like to begin with this question: Was Saint Josemaría Escrivá always so cheerful and in good spirits as you describe him?
When I met Saint Josemaría I immediately saw in him an exuberant joy. At the end of meetings with him you found yourself with tears in your eyes and you did not know if they were tears of emotion because of the faith that was so obvious in the saint, or tears caused by the great laughter he always made us feel. He was really witty, unpredictable, and affectionate at the same time.

Understood, but why so much good humor? Where did it come from?
Cheerfulness and its scent are characteristics of the Holy Spirit, while in contrast sadness and its evil odor, not to mention its stench, are characteristics of the devil. Are you sad? Are you lacking joy? Well then think immediately if there is an obstacle between you and God. And almost always you will find one. In fact, if you sincerely turn to him, you will see that sadness disappears. The proper attitude of the Christian is to remain in peace and serenity, because we are like little children who should entrust ourselves completely to the Father. With Saint Josemaría I learned for myself how to turn to God just as a little child does with his Papa. He always repeated: “Be little, very little. Do not be more than two years old, three at the most…”

Can you give a concrete example?
Escrivá had to pass through so many understandings: not only slanders, but also real misunderstandings on the part of the ecclesiastical authorities, who indeed did not always accept him and understand him. Well, with such humility, patience, and submission, he remained always serene and joyful. He was truly at peace, and with his example he taught us to love the Church and the Pope, always, in every circumstance.

A nickname that was given to you – as we said – was “the mystic with a sharp-looking tie.” In reality this was not just a spirited joke, but the expression conveys a precise thought of Escrivá. Can you explain?
I remember that the first characteristic that struck me about these youth of Opus Dei whom I met was their commitment. A commitment that was not ostentatious, but real: whatever they had to do, they did. Cheerfulness yes, but it was serious. In the first point of The Way by Saint Josemaría we read: “May your life not be a sterile life.…” From here comes his brilliant intuition of a sanctification that passes through one’s daily work. I then understood and confirmed over time that, when someone decides to adhere fully to one’s own Christian vocation, there is this danger: to reduce everything to doing. Morality, the apostolate, commitment to work – these are fundamental aspects, but they make sense only inasmuch as they are united to a choice of faith, and faith requires a leap in the dark. A leap that is reasonable and right, but still always into darkness: the one who guides the boat is Jesus.

Was it also like this for Escrivá?
I came to understand this precisely from him. When I met Saint Josemaría I immediately realized that his life was intensely committed but, at the same time, he had the attitude of one who abandons himself completely to Providence. He himself used to tell how, in order to found Opus Dei, he was guided by the Lord: take this step here, take that step there. His life did not follow his own plan, but he developed it according to whatever the Holy Spirit suggested to him.

In this regard, you quote a sentence from Escrivà referring to young people: “If you do not make them “people of prayer,” you have wasted your time.” So then what was prayer for Escrivá?
First of all, prayer for him meant learning to have a direct and sincere relationship with God. But it also meant dedicating a significant amount of your own personal time, every day, to prayer. In this sense, Saint Josemaría was an excellent coach for us in prayer, while knowing that what matters most is not so much human effort but the help of God himself. There is a phrase that expresses Escrivá’s idea of prayer very well and it says this: “To be in front of the Tabernacle is like being in front of the sun: even if you are distracted, you get a tan.” Or else he would also repeat: “When you feel like a dog at the foot of the Cross, without even one good thought, stand still there and keep company with Jesus.  He will be content.” This means that prayer is not only valued for the interior satisfaction it may bring, but for the very fact of offering yourself to God and His grace. When I knew Josemaría, I was amazed by his continual relationship with God: with the angels, with Saint Joseph, with Mary, with Jesus, with the Holy Spirit, and so forth….day and night. Well, this relationship was generated precisely in prayer and in the sacraments.

The first thing you speak of in the book is love: Escrivá was a “man in love.” But you yourself, when you met him, said that you felt like you were covered by love…
When I met him he was 59 years old, and I was immediately struck by his affection. This was my first interior upheaval: I thought that being a Christian meant adhering to a system of thought, but that is not the case. From him I learned that a Christian is someone who knows how to love. He always repeated that Jesus had given a “badge” to his followers: “By this they will know that you are my disciples, if you have love for each other” (John 13:35). Therefore he commented that Christians are not recognized because they are sober, educated, chaste, cultured…but for how they love, because they love as Jesus loves. It is clear that doctrine, the catechism, and theology are all necessary, but they are a help for us to love more, to love better. And Saint Josemaría was the first to set an example: he saw souls everywhere, people to love.  He dedicated himself to each person as if he had nothing else to do, and he overwhelmed everyone with a surprising and compelling affection. It was impossible to have a formal relationship with him, he broke through all the formalities and went straight to the heart. You could see that his heart was in love…

How could you see this?
Love cannot be described, but there were signs. For example, he taught us to pray often with love songs – not only those that explicitly refer to God, but also secular ones.

At a certain point you say: “We all saw it, that he was a saint.” Why?
Through his enthusiasm and his familiarity with God. He spoke of Jesus, of Mary, of the saints…as if he knew them personally. He taught us to treat God like a daddy, he made us discover the true significance of the prayer of Jesus in Gethsemane: “Abbà.” Through our relationship with him, we also discovered the fatherhood of God, in fact the inscription on his tomb is “The Father,” just as we loved to call him.

One last question. Next to a saint there is always Mary, and in this Escrivá is no exception. What was his relationship like with the Mother of God?
One of his sayings summarizes everything: “One goes to Jesus – and one “returns” – always through Mary.”