Lessons to be learned from Texas and its halved abortion

It’s called the “Initial impact of Law no. 8 of the Texas Senate on abortions in Texas and in out-of-state facilities” and it is a piece of research developed by the Texas Policy Evaluation Project of the University of Austin. The research informs us that abortions in September 2021 were half those compared to September 2020 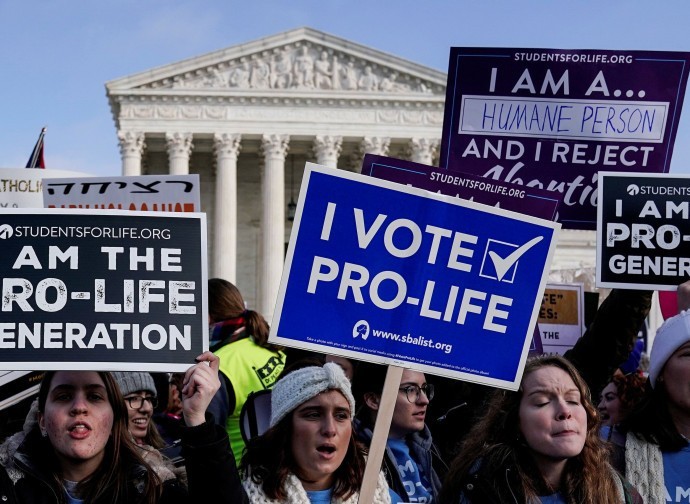 On 1 September 2021, the Texas law no. 8 (SB8) which prohibits abortion once a fetal heart beat has been detected, typically as early as the sixth week of pregnancy, came into effect. The law allows anyone who "aids or abets" an abortion after this deadline to be reported to the authorities. The woman, on the other hand, is exempt from sanction. As is well known, the Supreme Court had refused to block the law as requested by the Biden administration. Another double appeal is currently pending at the same Court.

Going back to the research, the study informs us that "overall, 2,164 abortions were performed in September 2021 and 4,313 in September 2020, a decrease of 49.8%". It should be noted, however, that there was an increase of 28% in August this year compared to the year before. Knowing that the law would come into force soon, women rushed to abort before the ban took effect.

It is interesting to note that the current decrease exceeds those recorded when similar laws were passed in Texas before. The percentage of 50%, for example, is higher than that of 2013 when another Texas law stipulated that in order to carry out an abortion, the clinic should not be too far from a hospital so that, in the event of complications, the mother could receive immediate assistance. Then over half of the abortion clinics closed and abortions fell by 13%. Also last year there was a substantial decrease in abortions, when an executive decree of March 2020, prohibited the practice of abortions for a period of 30 days from the beginning of the Coronavirus pandemic. The drop then was 38%.

The study also points out that many Texan women who want to have an abortion will henceforth be forced to travel to neighboring states, such as Arkansas, Louisiana, New Mexico and Oklahoma. However, the research notes: "There are a limited number of facilities providing abortion care in nearby states, which may make it difficult for these facilities to accommodate an increase in patient demand." In fact, the researchers highlighted an increase in waiting times in these clinics, a sign that the turnout in the month of September alone had already undergone an increase.

A pro-life supporter could understandably object: this law is futile because anyway, it won’t stop women going elsewhere to have abortions. In short, it only pushes the problem a little further away.

The answer. First, it is good that at least Texas is starting to wash away the bloodstains caused by abortion, even though the practice is not yet completely banned. If you can't clean the entire sidewalk, at least worry about the piece in front of your house. Secondly, the law sends an important educational and cultural message: abortion is a crime. A message that could also be accepted by other states. Thirdly, even if it’s not possible to prevent evil, it is good to hinder it. So it is better to force women to go to other states, it is good to make abortions difficult. Finally, it cannot be ruled out that by forcing women to travel to other states where waiting times are already quite long may lead to a decrease in the number of abortions. In fact, the waiting time benefits life: the woman has more time to reflect and it cannot be excluded that someone will think twice.