In view of the decisive vote on 24 April, the Association of Catholic Families of France compared the two presidential candidates. Le Pen's ideas only come close to the non-negotiable principles in a few cases, but on the whole (from her No to euthanasia and cannabis to her Yes to educational freedom) they are more reassuring than Macron's. 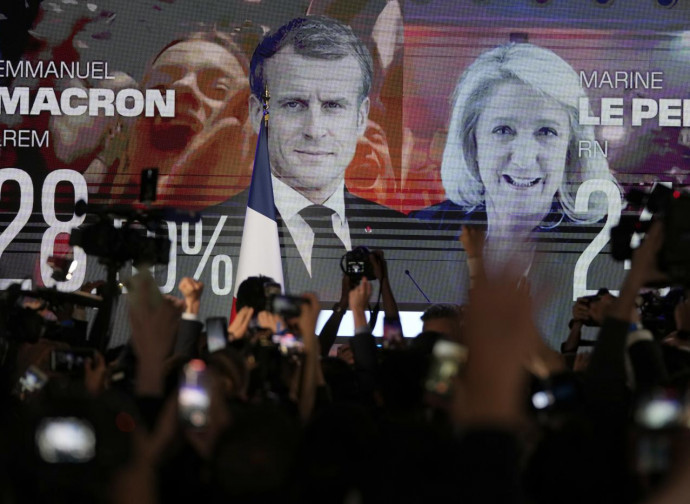 With six days to go before the first round of the French vote on the next president of the Republic, it is worth proposing a few reflections. First of all, the dissolution and decanting of the more moderate traditional parties into parties that are more strongly identified with certain underlying values or disvalues. The heirs of neo-Gaullism and, even worse, the socialists are disappearing. The former, with their candidate Valérie Pécresse, have obtained only a miserable 4.8% (they had obtained 20.1% with Francois Fillon in 2017); the Socialists under the leadership of the current mayor of Paris, Anne Hidalgo, have fallen down to 1.8% (they had obtained 6.36% with Benoit Hamon in 2017).

The reason can only be one: the values of the two parties and the electorate's perception of their proposals continue to appear spineless and too much of a surrogate for more traditionally original positions of other parties. Thus, one part of the republicans went over to the new candidate in contention Eric Zemmour, the real electoral novelty of the first round; another part found itself on the side of Emmanuel Macron. On the other side, the fragmentation of the left-wing lists, the absolute lack of compactness of the socialists (until a few weeks before the vote, Christiane Taubira was also in the contest) and the strong left-wing and politically correct proposal of Jean-Luc Melenchon's neo-communist party (+2.6% compared to 2017) contributed to the socialist pull-out.

It is well evident that strong values - Macron represents continuity and stability, Le Pen a patriotism of change, Zemmour and his identity proposals are against reckless immigrationism; Melenchon is for a more multi-ethnic society (he collected 69% of the Muslim vote) - have been the only winners. After these five years of Macron’s majority's abuse of the rights and freedoms of the non-negotiable principles, even in France these values are to some extent orienting (de facto) the electorate and may increasingly mark a large part of it in the future. The traditional political families of the twentieth century provide inadequate responses to today's new challenges that touch on the primary principles of democracy (human dignity, the family, freedom of demonstration, education, and religion even in the public sphere).

In view of the run-off between Macron and Le Pen, the Association of Catholic Families of France has done well to publish an interactive tool that compares the candidates' programmes on "ethically sensitive" issues, as they say today. The differences between Macron and Le Pen are very marked on many of these issues, and only in a few cases do Le Pen's positions come close to those desirable for a policy that respects the Christian idea of the person and the common good.

In particular, on surrogacy, Le Pen wants an absolute ban, Macron himself shares this position but, in fact, with the approval and regulations of the new law on bioethics, he also opens the door to surrogacy. Regarding abortion and its extension and liberalisation, for Macron they are necessary, while Le Pen refrains from passing judgement; Le Pen is against the legalisation of cannabis, while Macron is open to a public debate and also to liberalisation; on artificial insemination open to all, Le Pen is against it, while Macron and his party are very much in favour; on all the issues of family policies and support for the birth rate, Le Pen's positions are much more similar to those outlined by the non-negotiable principles than Macron's intentions. On euthanasia, Le Pen's opposition is firm, Macron's proposal in favour is clear; on the contrary, Le Pen is very open to freedom of schooling and respect for parents' freedom of educational choice, while Macron's reforms and intentions go in the opposite direction.

It is no coincidence that Le Pen is second last in the preferences of the French LGBT lobby (Zemmour is last), while Macron shoots to the first place as the best candidate. In recent days, French Freemasonry has joined the race with all its seven lodges and obediences, openly defending the Republic and Macron and predicting "threats and dangers" if Le Pen wins.

The Catholic Church, still traumatised by the instrumental paedophilia scandal, will spinelessly allow freedom of conscience even in the second round and has even refrained from mentioning the fierce battles it has fought against Macron's inhuman laws. In these days, the beginning of the long campaign that will bring Macron and Le Pen to the ballot on 24 April, the first broadsides of the international Europeanist mass media have already begun against the patriotic candidate, labelled the "Putinian", the crisis factor of European unity, the dangerous extremist... In response, Marine Le Pen on 12 and 13 April clarified the popular democratic reforms that she would like to introduce in France, for example the institution of the popular referendum binding on legislators, and reiterated her position on the Ukraine conflict: she will not go to Russia until “the war is over… until Russia leaves Ukraine”. But she hopes that, once the conflict is over, there will be a rapprochement between Russia and NATO. Not at all extremist, all very serious.