On the fifth anniversary of Pope Francis’s Laudato Si', a year will be dedicated to deepening discussion on the social encyclical’s themes. This is a questionable initiative, as questionable as the very content of the encyclical, which is based on a series of debatable scientific theories and which represents a discontinuity with the Church’s prior social teachings. 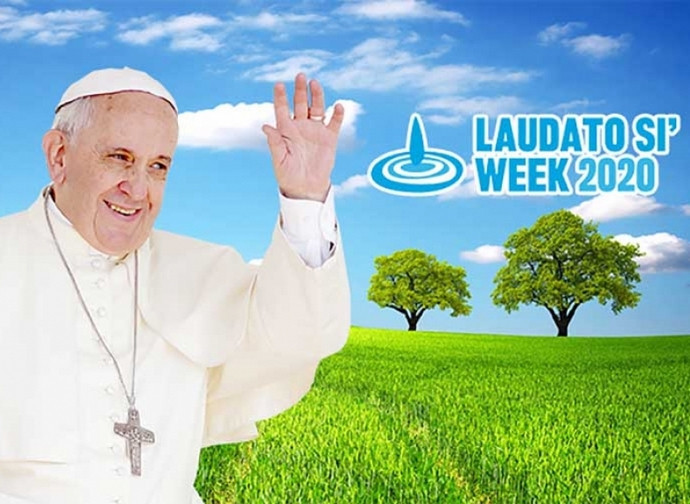 Sunday 24 May marked the fifth anniversary of the publication of Pope Francis' social encyclical Laudato Si’. Even though the Vatican is planning a week of activities, including a common prayer for integral ecology, celebrations will continue for an entire year. The initiative is astonishing. Pope Leo XIII’s Rerum Novarum was celebrated by Pius XI a full 40 years – not  5 – after its publication and with the author having been deceased for nearly three decades. And we’re talking about  Rerum Novarum, the first of the modern papal social encyclical tradition. Staging a broad and long celebration of Laudato Si’, as if for a jubilee year, contrasts with its overall objective value. It leads one to believe the Laudato Si’ celebration is an instrument of forced cultural promotion, that it is much more than an encyclical, but a banner used to advocate a particular agenda.

Laudato Si’ has been presented as a social encyclical in continuity with previous writings of papal social magisterium. However, many have pointed out that this is not so. The theme of the environment had already been considered, yet not as the foundational and principle criterion of a social encyclical. In the past, the environment was discussed as a particular theme, as one dependent on many other issues.

With Laudato Si’, nevertheless, the environment becomes the Church’s primary concern. This contrasts with its entire tradition. It is not just a matter of grasping the interconnections between the natural environment and human society. This was already well explained by Benedict XVI in his Caritas in Veritate: " Every violation of solidarity and civic friendship harms the environment, just as environmental deterioration in turn upsets relations in society." (n. 51). To treat ecology as an overarching perspective is not only problematic, it is not in line with the previous social teaching. If the concept "ecological conversion" really means treating ecology as an all-ecompassing point of view on social concerns, then it should be rejected. Family or life, on the other hand, are definitely worthy of deepened discussion and celebration. Why not dedicate a special week or a whole year to life? It is a much more pivotal topic than conservation of biodiversity, taking into account the ongoing massacre that abortion represents. Life, indeed, is an all-embracing point of view and serves as a defining intersection for treating other social problems.

In Laudato Si’ we find a massive use of functional sociological data to support the thesis of man-made climate change and environmental degradation. This goes against the thesis of those who believe that, on the contrary, environmental issues arise not from economic development from the very lack of it. This poses serious problems. It is not appropriate for any scientific hypothesis to be so integral to a papal document of the Church’s highest magisterium. This is because the debate on such issues is still ongoing. Such scientific debate is not yet settled, and thus are no clear conclusions thus far. Secondly, we must consider that behind the different trends in scientific reasoning are hidden material and ideological interests. Thus, it does not make sense for an ecclesiastical authority to espouse unquestionably these hypotheses. In brief, it is not the legitimate role of the Church’s social magisterium to pronounce absolutely on matters of ongoing scientific debate.

Social sciences are one just element of what social encyclicals must take into account. These academic disciplines are, thus, not foundational to the social doctrine tradition of the Church. Therefore, they cannot even form the only basis of consideration to develop the Church’s social magisterium. This represents a narrowing of reason and not a broadening of it as Benedict XVI wrote in section 31 of Caritas in Veritate.

Placing Laudato Si’ in a sequential tradition of Catholic Social Doctrine is, indeed, problematic. Some experts go even as far to argue that Francis’s encyclical does not merit the same respect from faithful as we might expect for a papal encyclical. This applies, above all but not only, to the vast section in which the encyclical discusses (while making its own unfiltered judgments)  disputable opinions on the dimensions and causes of environmental disaster. This raises questions over what binding character this encyclical actually has and to what extent it must be properly considered part of the Church’s social magisterium. Laudato Si’, in inverse proportion to its vast number of its pages, therefore presents itself as rather paltry in terms of its magisterial structure.

The contents and language of Laudato Si’ do not differ much from descriptive formats we find in environmental movements. Nature must be given back to future generations, just as a loan is to be repaid. Indigenous cultures must be preserved in the same way as biodiversity. The common consensus about catastrophic environmental predictions is connected with an invitation to happily welcome “degrowth.” The principle "everything must be conserved" is an easy Gnostic and naturalistic misunderstanding associated with "ecological conversion", a principle itself having very dubious significance. While pages upon pages deal with environmentalism, abortion (n. 120), the killing of embryos (n. 136) and of the family receive only but a mere mention here and there. The "human ecology" of John Paul II and Benedict XVI is diluted into a new "integral ecology" – one in which all is conserved.

There is an obvious imbalance between Laudato Si’ and the great emphasis placed on the encyclical’s fifth anniversary. Aside from the dubious form of pompous self-celebration it entails, the desire to launch the encyclical as an "event", as a banner of a new and friendly way of relating to the world’s environmental language and sensitivities, is most noteworthy.